Planet X in the news

Planet X or Niburu was mentioned in this Space.com article “Could 'Planet X' Cause Comet Catastrophes on Earth?” and also here “Researcher links mass extinctions to 'Planet X' “. Space.com is major. Am I correct in assuming that it's the announcement team who is doing these "prongs" as the Zetas predicted? My feelings tell me the real announcement is about to happen. Very soon. Can the Zetas comment? [and from another] http://www.space.com/32429-could-planet-x-cause-comet-catastrophes-... As astronomers track down more clues as to the existence of a large world orbiting the sun in the outer fringes of the solar system, a classic planetary purveyor of doom has been resurrected as a possible trigger behind mass extinctions on Earth. Profiteers and fame-hunting soothsayers concocted all kinds of doomsday scenarios that would happen on that day. One of them being the nonsensical notion that Planet X (or the even more farcical "Niburu") was rampaging through the solar system to, you guessed it, wipe out all life on Earth — either through a cometary barrage or solar firestorm. March 31, 2016 [and from another]http://phys.org/news/2016-03-links-mass-extinctions-planet.html Periodic mass extinctions on Earth, as indicated in the global fossil record, could be linked to a suspected ninth planet. There were three explanations proposed to explain the regular comet showers: Planet X, the existence of a sister star to the sun, and vertical oscillations of the sun as it orbits the galaxy. The last two ideas have subsequently been ruled out as inconsistent with the paleontological record. Only Planet X remained as a viable theory, and it is now gaining renewed attention. In 1985, a look at the paleontological record supported the idea of regular comet showers dating back 250 million years. Newer research shows evidence of such events dating as far back as 500 million years. March 30, 2016 [and from another]http://www.upi.com/Science_News/2016/03/30/Is-Planet-X-to-blame-for... Earlier this year, scientists at Caltech offered the most convincing evidence yet of a ninth planet, Planet X. Now, a retired astrophysicist suggests the hidden planet is responsible for Earth's periodic mass extinctions - like the disappearance of the dinosaurs.  March 30. 2016 [and from another] http://www.dailymail.co.uk/sciencetech/article-3516450/Search-alien... Exoplanet data have suggested that somewhere between one sixth and one half of red dwarf stars have planets in their habitable zones, a percentage comparable to, and possibly greater than, for Sun-like star. April 2, 2016 [and from another]https://www.rt.com/viral/337499-chemical-cauldron-exoplanet-nasa/ The orbit of one of the most volatile exoplanets known to man, which can see temperatures rise and fall by hundreds of degrees in a matter of hours, has been tracked by NASA scientists, who visualized the wild temperature swings in its atmosphere. Outside of the solar system there are close to 2,000 exoplanets, many of them known as boiling hot Jupiters, due to their gaseous atmosphere and close proximity to fiery stars. March 29, 2016 [and from another] http://www.dailystar.co.uk/news/latest-news/504242/planet-nine-nibi... Scientists searching a hidden ninth planet have spotted an unidentified object in the exact area they believed the Planet Nine to occupy. The giant iceball — similar to Neptune or Uranus — is believed to be nestling at the edge of our solar system. Astronomers had been desperately searching for more evidence of its existence since the discovery in January. March 28, 2016 [and from another] http://www.dailymail.co.uk/sciencetech/article-3512652/Is-really-NI... Since its discovery at the beginning of this year, the mysterious ‘Planet Nine’ has had scientists looking for the signs that could confirm its existence. The giant hidden planet is thought to sit on the edge of our solar system and is 10 times more massive than the Earth, gaseous, and similar to Uranus or Neptune. March 28, 2016 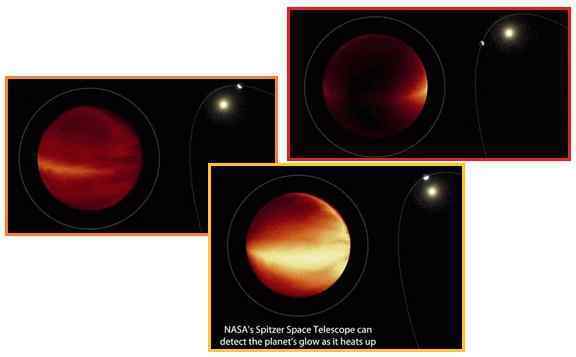 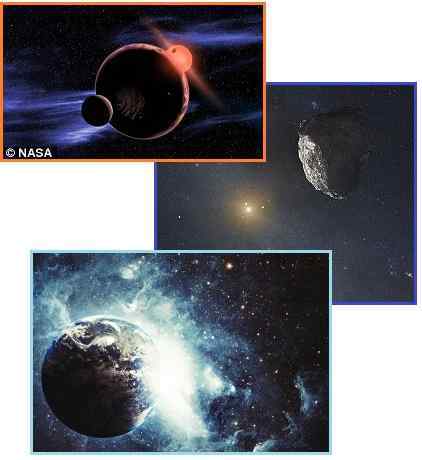 What is notable in this series of articles, posted between March 28 and April 2 on various news outlets, is not the content but the rush to print. The subjects – periodic catastrophes on Earth, periodic extinctions on Earth, the old theory of a Planet X out there tugging at the Earth, planets orbiting red dwarf suns, traveling exoplanets, eccentric orbits, and life bearing planets – all relate to Nibiru and its periodic passages or to the existence of the Sun’s dark binary 18.74 Sun-Pluto distances away from the Sun. The media suddenly supporting this rush to print includes scientific as well as popular media outlets such as the Daily Mail and RT.

In that we have recently called the media attention to the discovery of what is being called Planet 9 a “prong” in a gradual announcement process, might this rush to print be called another prong? Certainly some news is about to break, and thus the public is being rapidly educated. Since the ZetaTalk saga began 20 years ago, the cover-up over the existence of Nibiru, a habitable traveling planet with an odd orbit, has moved from a denial that planets can roam far from their suns, a denial that a planet such as the mythical Nibiru exists, a claim that other life bearing planets have not yet been discovered, and a denial that intelligent life from elsewhere is visiting the Earth.

This gradually moved to admitting the existence of exoplanets seemingly wandering around space unattached to their suns, increasing amateur video on the Internet showing evidence of objects seen near the Sun, the term Nibiru used extensively on the Internet, repeated announcements by NASA et al that evidence of life bearing planets continues to be discovered, and evidence of mass extinctions in the near and far past documented for public consumption. This has been a slow process, deliberately so. But now the knowledge gap is being closed with great haste. Clearly media editors were asked to cooperate in this regard, and clearly another prong is just ahead!