Planet of the Crossing 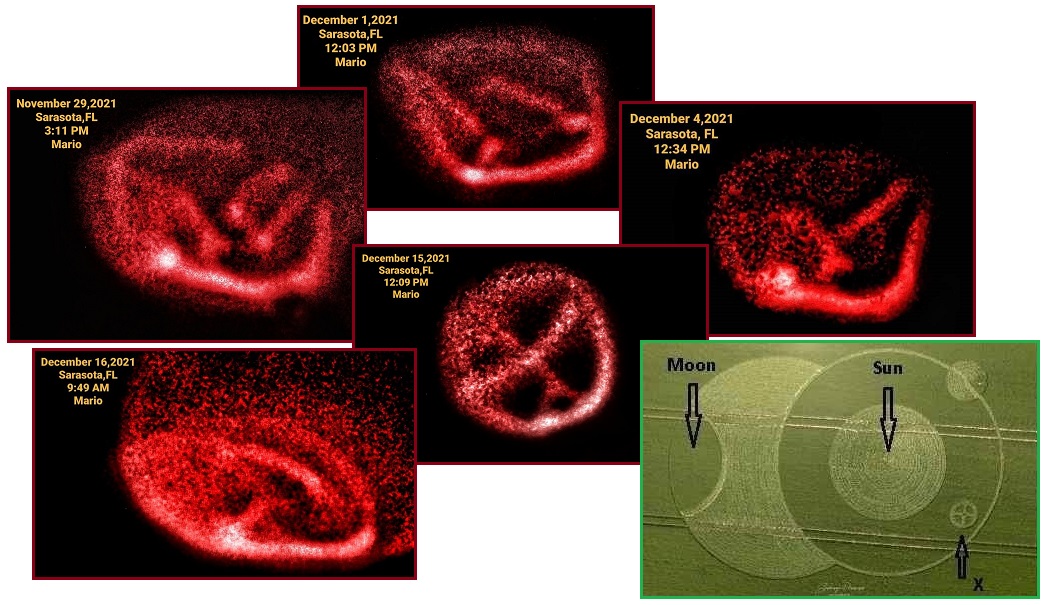 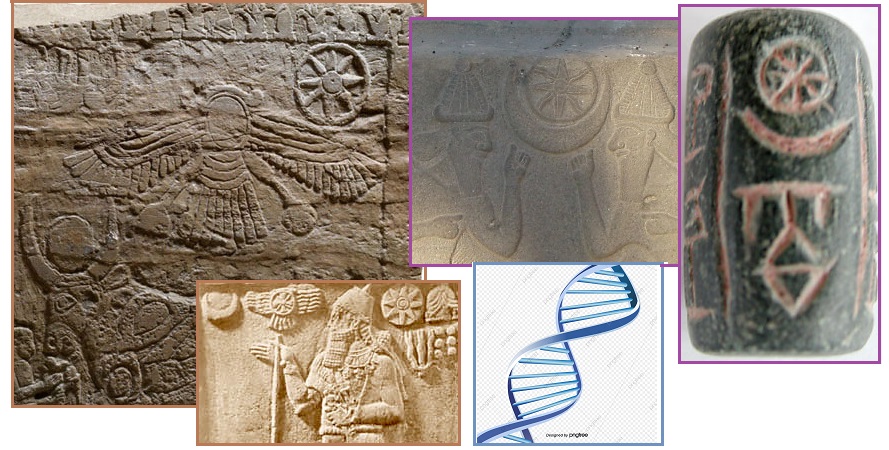 With positive confirmation from 4 sources - ISS, FAA, Eclipse Crop Circle, and Mario's photos - we can see that the Nibiru Complex has taken the shape of a cross in a circle - the Planet of the Crossing. This was one of the Annunaki symbols for Nibiru, along with the Winged Globe symbol. The Annunaki Gold mining operations used these shapes as a timing clue for when Nibiru would arrive and pass, as they are distinct and reliable. As can be noted from Mario's photos, Nibiru and its Dominant Moons that form the Double Helix have recently organized themselves into the cross in a circle arrangement.

What does this mean? Most distinct in the FAA and ISS images is Nibiru and its Dominant Moons forming the start of the Helix. The 3 bright orbs show up in both the FAA and ISS image, and are consistently visible in Mario's photos. They form an arc, but what is the material in the center of this arc? The N Pole of Nibiru is currently pointing downward, so the view from Earth shows the view down along the Double Helix. Both Dominant Moons have trash and minor moons trailing behind them, caught in a gravity and magnetic draw. Thus the Helix continues for some distance.

When Nibiru is pointing its N Pole directly at the Earth, as is increasingly the case, then the Helix is in a stable position, showing the circle. But what of the cross in the center? The trash in the center of the circle is normally organized such that it is following one of the Dominant Moons, having been captured by gravity or magnetic attraction. In a static posture, looking down along the Helix, this might be a blur, but the constant retrograde swirl of the Helix causes crowding and a resultant reach across the circle to the opposite side. The regularity of this reach forms the cross-bars in the center in the circle.