On January 20, 2015 Planet 9 hit the news, what the Zetas described as a “prong”. At that time there was no clear indication where they had located Planet 9. Wikipedia posted a diagram showing that the aphelion, the farthest point from the Sun, was along the lower bow of Orion, which is where the Zetas stated the IRAS team had located Nibiru in 1983. Then we had another media blitz starting on March 28 and continuing, associating Planet 9 with Nibiru, extinction level events, Planet X, and habitable Brown Dwarfs. Now on April 20 the concept of Planet X currently being in the direction of the constellation Cetus, which incidentally lies at the 4 o’clock position to the Sun! Can this be a coincidence? Are they getting ready to claim all the Second Sun sightings are due to this Planet 9 being visible, way out in space? Would this fly, and would this be considered a second prong?
[and from another] http://www.wired.co.uk/news/archive/2016-04/20/planet-nine-location... The research indicates that the most probable location for Planet Nine is towards the constellation of Cetus, in a patch sky with a 20-degree radius near Aires and Pisces, centred at the celestial coordinates right ascension 40?, declination -15?. [and from another] http://www.dailymail.co.uk/sciencetech/article-3550340/Are-closer-f... April 20, 2016. Based on their analysis, the researchers suggest the ninth planet may be toward the constellation of Cetus, in a small area of the sky that makes up just 20 degrees in radius. And, researchers with the Dark Energy Survey are coincidentally investigating this zone as well. 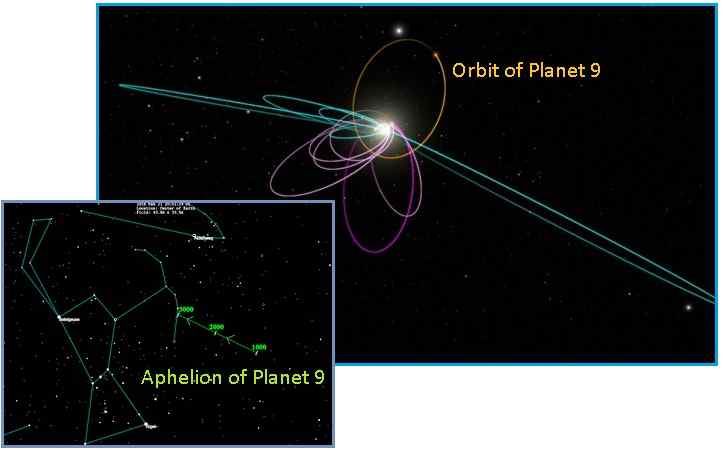 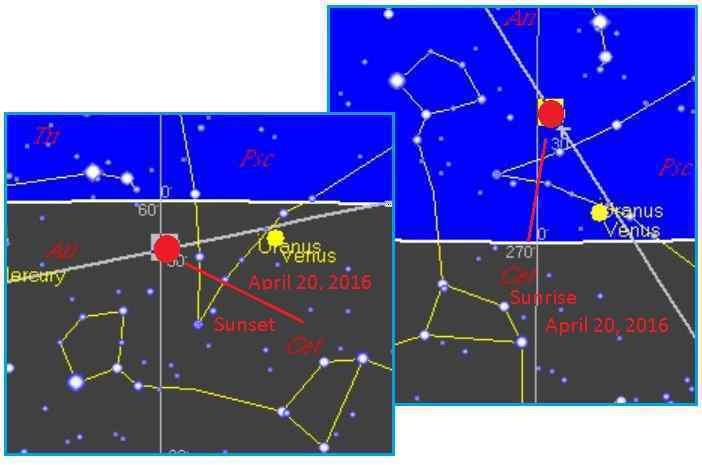 How convenient that the direction currently claimed for Planet 9, in the constellation Cetus, lies at the 4 o’clock position to the Sun, which we have been stating for a decade is where those wanting to view Nibiru from the populous Northern Hemisphere should look. Cetus is close to the Sun per star charts for April 20, lying both at sunrise and sunset at the 4 o’clock position to the Sun. Thus for the immediate future this explanation for Second Sun sightings might fit. But there are inherent contradictions in this explanation, and the lie would soon be exposed.

In 1983 when the sighting of Nibiru by the IRAS team hit the front page of the Washington Post, it was stated that the object lay on the western edge of the constellation Orion. Astronomer Whitmire, who discovered Planet 9, states his assumption that the orbital period for Planet 9 is 27 million years. Astronomer Brown has an assumption that the orbital period is 15 thousand years.  How did Planet 9 travel the distance from Orion to Cetus then, in just a few decades, a mere 33 years, between 1983 and 2016?

Then there is the matter of brightness, with the Second Sun sightings casting dual reflections on the water in photo after photo from around the world. And even, when supposedly so far out from the solar system, being captured by amateur cameras and webcams that must use a zoom to even see the giant planet Jupiter? And what to make of the undeniable and photographically captured Second Sun sightings that occurred over a decade ago? None of this fits with the suggestion that Planet 9, at a distance, might be responsible for the Second Sun sightings.

Is this emphasis on Planet 9 being in Cetus another prong, in disguise? If one is leading a supposedly ignorant and vulnerable public to a complicated truth, conventional wisdom is that steps and stages are best. Yes, grandma is dying of cancer, but first grandma must be tired, then sick, then perhaps grandma is sleeping, and finally grandma is in Heaven. The Planet 9 prong re-introduced concepts, long suppressed, into the public eye – Planet X, Brown Dwarf, Nibiru, Sumerian, extinction level events.

The Planet 9 prong also presented the cover story that astronomers do not always agree, nor are they always wise and knowledgeable.  They argue. They grope. And through all this ZetaTalk will stand like a beacon. Second Sun sightings, long a staple of ZetaTalk, are now a step away from being featured in popular media. Won’t someone else just grab the stage and make claims, as has been tried so many times in the past? We have stated that the Council of Worlds war with the media and the elite has been won. The Council of Worlds wants Nancy in the media. The war has been won, and to the victor go the spoils.