Nepal: landslide in Tin Thana swept away a house about 100 meters down 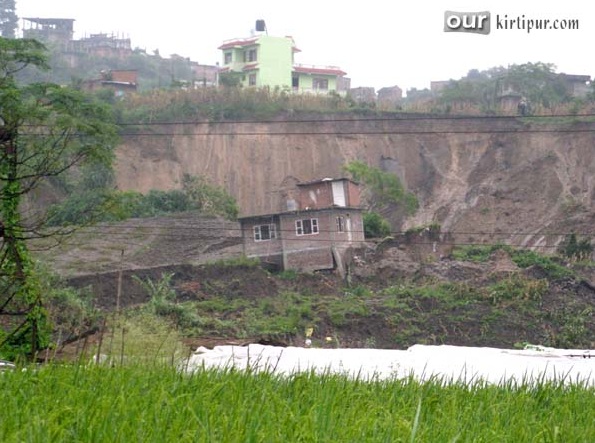 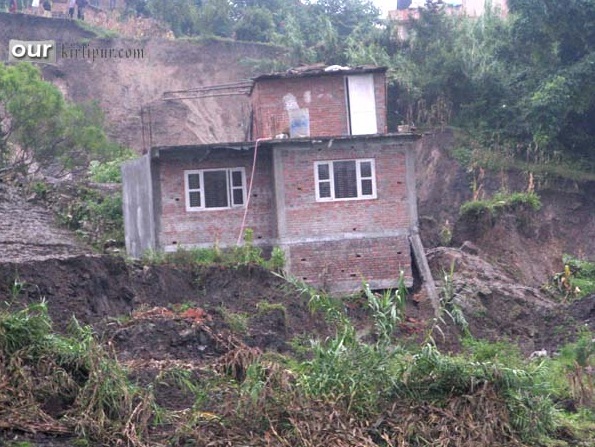 KATHMANDU, SEP 19 - It could be one of the most horrifying incidents in the Yadavs’ life. A landslip at Tin Thana VDC-5 in the Capital brought a house belonging to Sunil Yadav about 100 meters down early Monday. However, none of those sleeping inside the house were injured in the incident.
According to neighbours, the house slid off along with the entire land mass below it. However, Yadav and his brother, who were into a deep sleep at the time of the incident, said they did not feel anything.
Local residents estimated the incident might have occurred at 1 am, but the Yadav brothers only realised it around two hours later. The duo reportedly felt a jolt like an earthquake and woke up to find their house being unlevelled.
Neighbours said the VDC had granted permission to build the house on sloped land after considering technical aspects and the construction met the criteria as stated in the Building Code of Conduct 2064.

18.09.12. DHADING: As many as 309 houses were at landslide risk that was triggered by incessant rainfall in Tipling and Sertung VDCs in Dhading district.

Local people were displaced and have taken shelter in the neighboring villages as the landslide occurred near the settlement, said Prem Tamang of Tipling VDC Ward No.5.

The landslide eroded a little below the settlement in Tipling VDC Ward No. 5,6 ,and 7 and whole Labdhung village was brought into high risk.

Meanwhile in Kathmandu, landslide swept away a house at Fahara, Tinthana VDC Ward No. 5, at 3:00 am today.

The landslide following the incessant rainfall swept away a house of local Sunil Yadav. Yadav, who is the permanent resident of Sarlahi had built the house two years ago. No human casualty has been reported in the incident.
http://www.thehimalayantimes.com/fullNews.php?headline=Landslide+th... 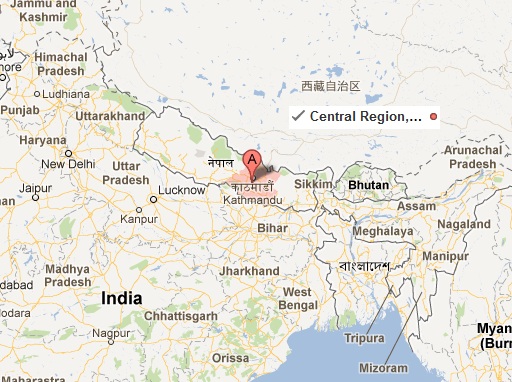