Would the Zetas care to comment on this UFO display? It's really active & obviously got a lot of peoples attention, even the cops. [and from another] https://youtu.be/TYtLk-Thl_w Police Respond to Color Changing UFOs in Rotating Formation on April 7, 2020 in Mexico 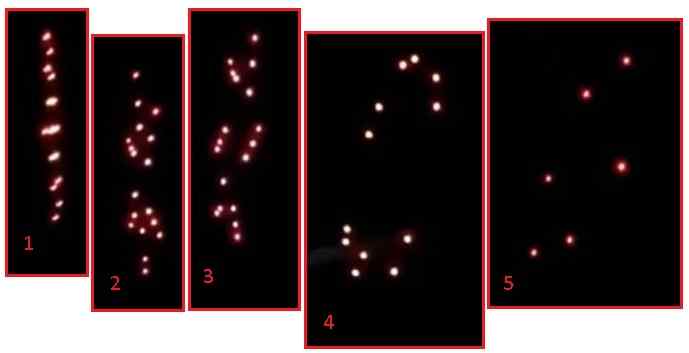 Those parts of Mexico to the East of the bow line, and along the Gulf, will ease and slide toward the North. This Mexico adjustment is clearly shown in the UFO display, as the UFO line is at first conjoined, then separated, then the right side (East) moves up (North) while the left side (West) moves down (South). Crevasses along the line of adjustment might appear, not an unusual occurrence in Mexico due to the bowing tension it endures.