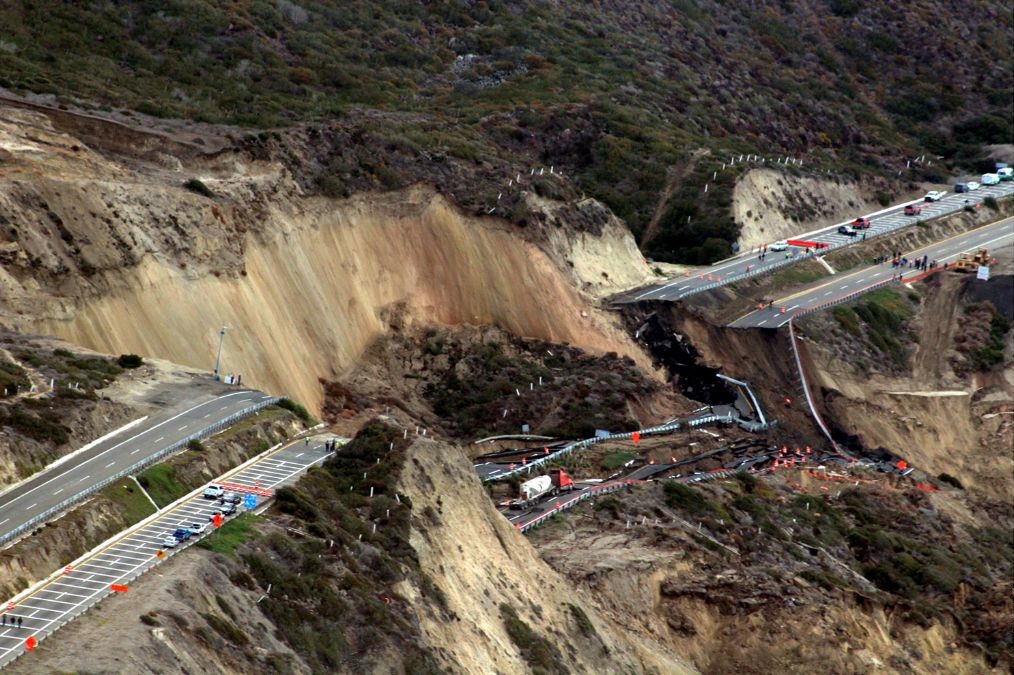 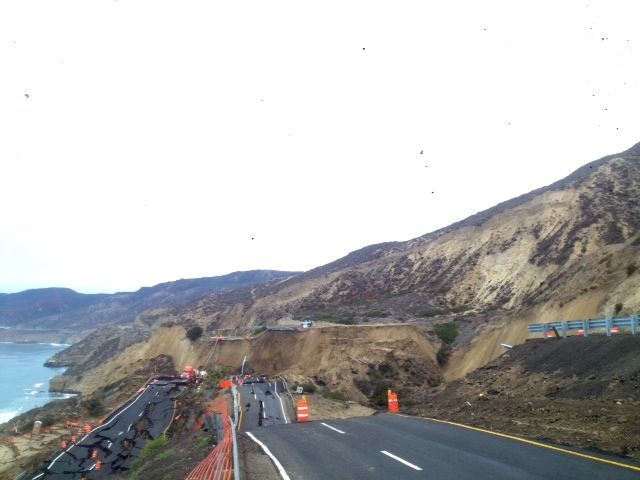 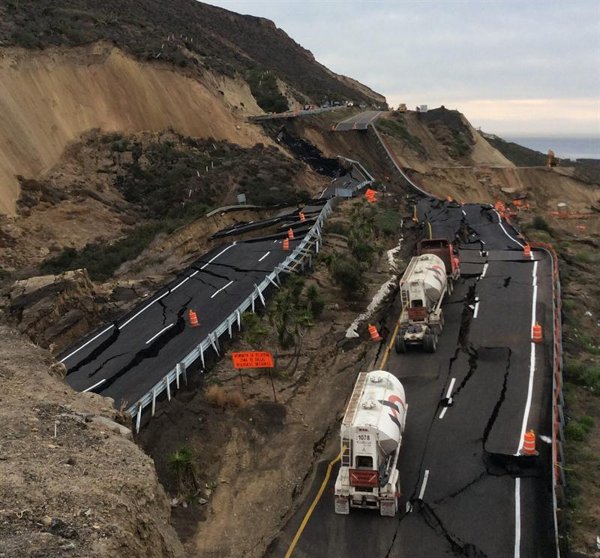 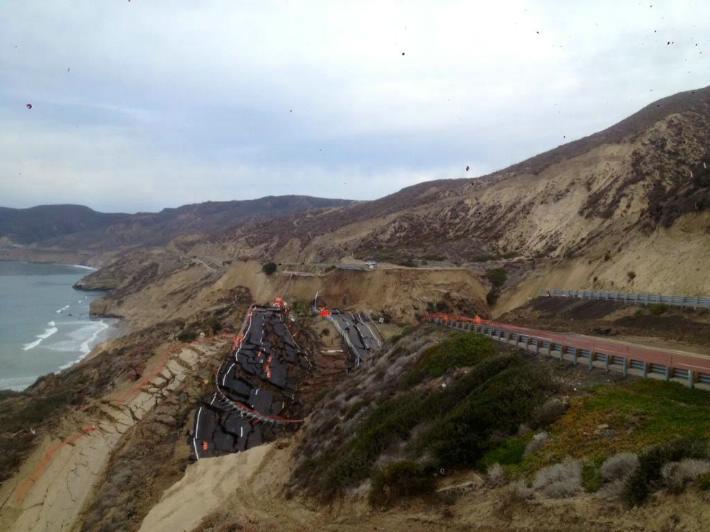 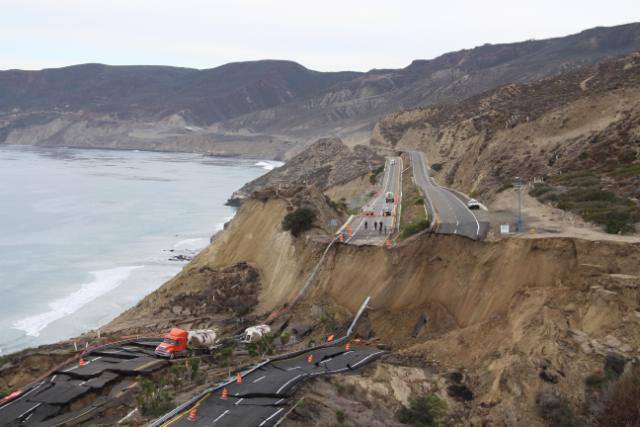 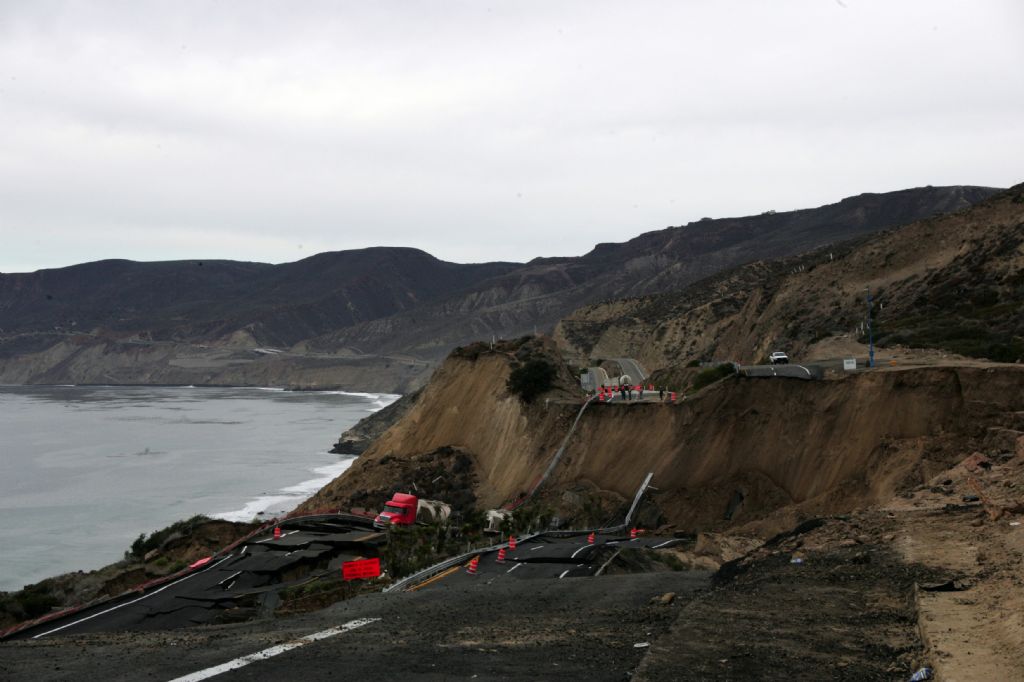 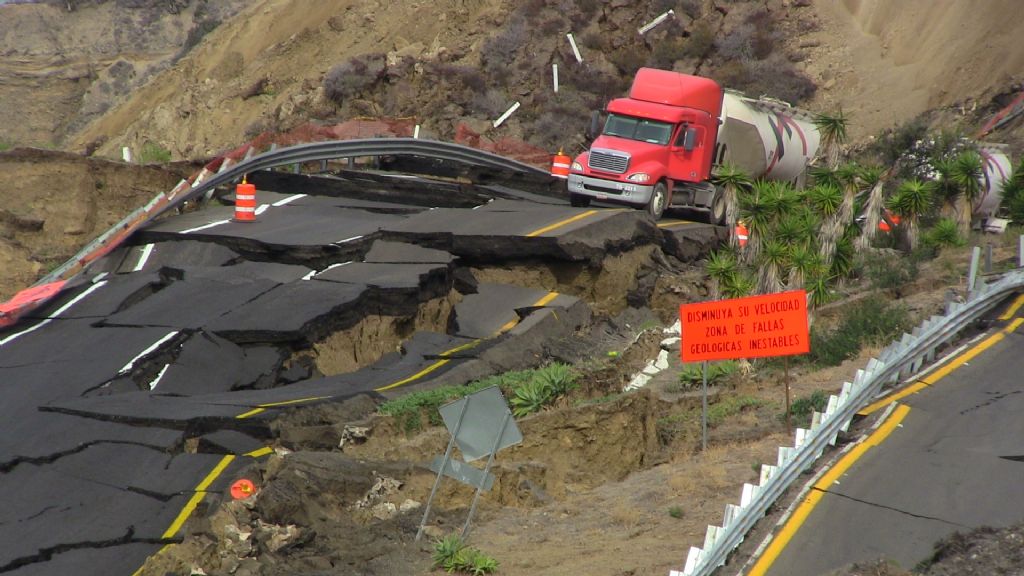 ENSENADA — Days after a 4.6-magnitude earthquake struck south of Ensenada, the Tijuana-Ensenada toll road has collapsed toward the sea and threatens to continue sinking, though no injuries were reported.

The scenic road had already seen evidence of fractures and sinking since Dec. 19, the day of the earthquake, with many travelers posting pictures on social media of the increasingly critical situation of the highway. However, no official confirmation from geologist or road engineers have confirmed the collapse is due to the earthquake, with only the state government saying that "natural causes" were to blame.

Saturday morning, the small fractures suddenly turned into enormous cracks on the cliffside, plunging the highway deeper and toward the sea, with some parts caving almost 300 feet.

The collapse happened at the Salsipuedes stretch of highway toward Ensenada overlooking steep bluffs, only about 10 miles north of Ensenada and the San Miguel toll booth, and 56 miles south of the border.

Authorities will now close the highway from the La Misión toll to the San Miguel toll, forcing travelers to take the old non-toll road from La Misión to Ensenada, an alternate route of about 30 miles (although, not much difference in total travel time and goes through the countryside).

Also, the Baja state government advises travelers to take Federal Road 3 if they are heading out from Tecate toward Ensenada, or use the old Ensenada - San Felipe road for trips from Mexicali to Ensenada, or vice versa.

There are conflicting accounts about just how long the highway will remain closed. Frontera reports that Rosa María Castañeda, regional director of the Federal Roads and Bridges agency responsible for the highway, has said that it might only take a week until the road reopens. Other reports put the total time needed for repairs at one year.

Meanwhile, the mayor of Ensenada, Gilberto Hirata, has blamed Capufe for not closing the highway stretch between La Misión and Ensenada earlier, even after reports of serious faults started to appear on social media and at the urging of state officials.

He also stated that they were in talks with federal and state authorities about constructing an alternate road or replacing the highway with a bridge or another road after years of trouble with the current scenic route.

The collapse would be devastating for the city of Ensenada and to the overall economy of the state, as the city is home to the third busiest cruise ship terminal in Mexico and gateway to the rest of Baja by the sea. 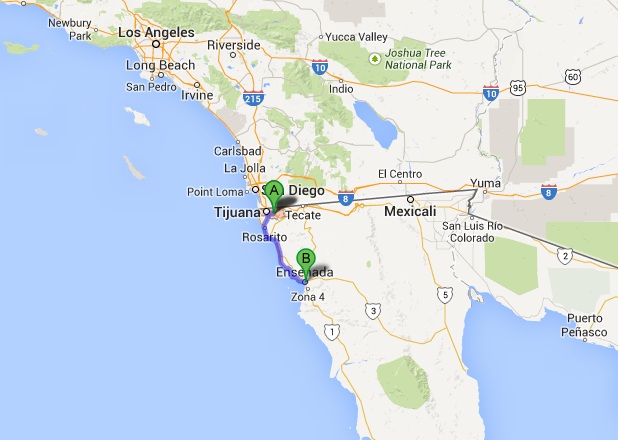