Would the Zetas like to comment on these carvings found in a Mexican cave? [and from another] In the Mexican cave found bas-reliefs with images of extraterrestrials https://earth-chronicles.com/histori/in-the-mexican-cave-found-bas-... The researchers found a cave in which they found stones with relief scenes depicting aliens, as well as spaceships of aliens. The search for mysterious caves began with legends in which it was said that in ancient times alien beings arrived on a spaceship and ancient people captured it on stone bas-reliefs that were made in a system of three caves located somewhere between the cities of Veracruz and Puebla in Mexico. In the course of their research in one of the caves, the group that went on a quest found stones with images of an alien spaceship and aliens engraved on their surface. 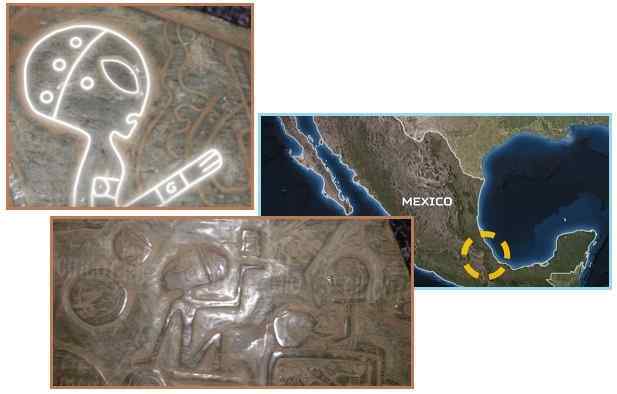 The Mexican establishment has long been rumored to have alien archives, but kept them from public view to cooperate with the cover-up over the alien presence. That these carvings of aliens were allowed to be published is an exception, perhaps because the cover-up has lost the war. Note the similarities to the Peru Snake Man mummies. Both aliens clearly have 3 fingers, a small open mouth without teeth, and an elongated narrow head without external ears. The fact that the Mexican aliens had anti-gravity control is clearly depicted.

Just a thought or idea ... maybe not a grey-alien, but a "snake-man"-alien? … and what could this "ball" mean, which this alien also holds in a hand in this picture?

Snake Man DNA
The mummies of Snake Man found in a Peru cave in 2017 have been analyzed, and found to be non-human and unlike any other Earth creature. An international group of scientists presented their DNA results at a conference on November 19, 2018.
http://www.zetatalk.com/newsletr/issue635.htm PHOTOS and VIDEOS: Concrete evidence of contact between the Maya and the aliens in a cave in Mexico.
Residents in the outskirts of Puebla, near Veracruz, Mexico, found in the forest jade stones with mysterious sculptures that seem to represent some humanoid beings with large heads, similar to the real gray aliens.
Read more:
https://dailymysteries.com/2019/02/04/photos-and-videos-concrete-ev... 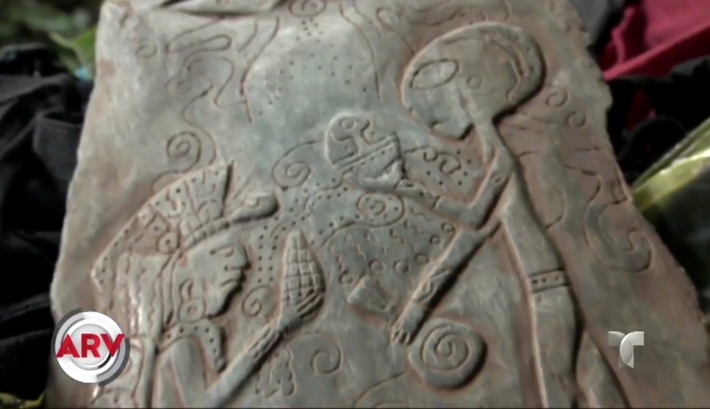 Photos of the Snake Man in Mexico carvings