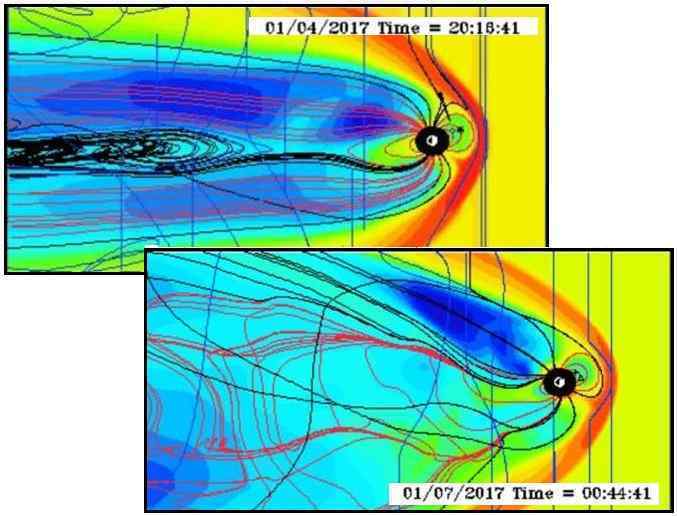 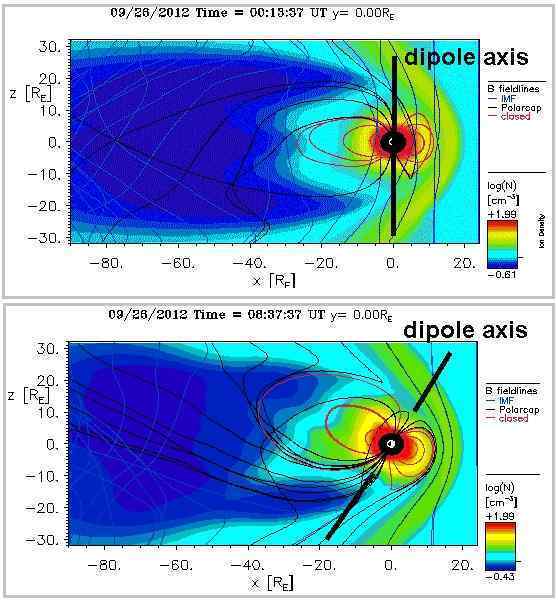 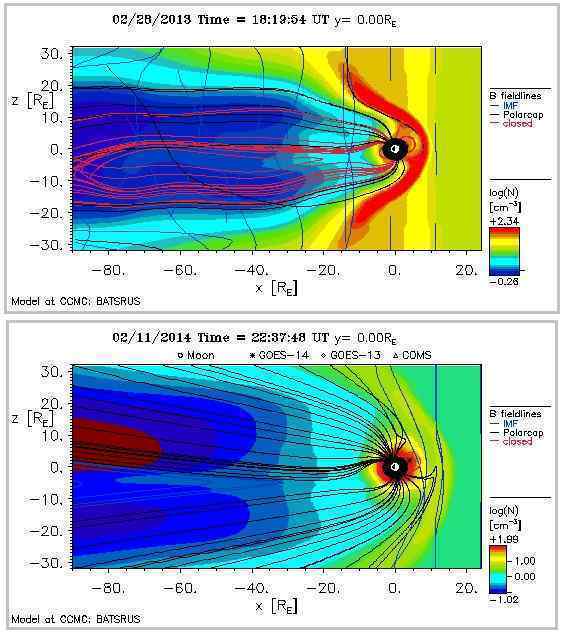 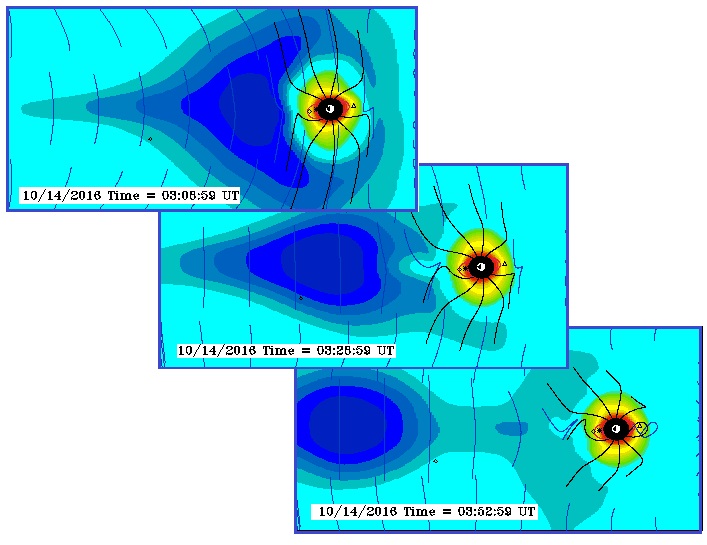 Extending over a week now a continued skewed magnetosphere of the Earth (just ahead of midnight in Geneva).

The ISWA BATSRUS Y-Cut and other magnetosphere cygnets went ofline for ~ 24 hrs,

As of this return a few key BATSRUS cygnets have returned to periods of omissions.

A pair of skewed magnetosphere events in the same night April 22, 2020, ahead of midnight in Geneva. 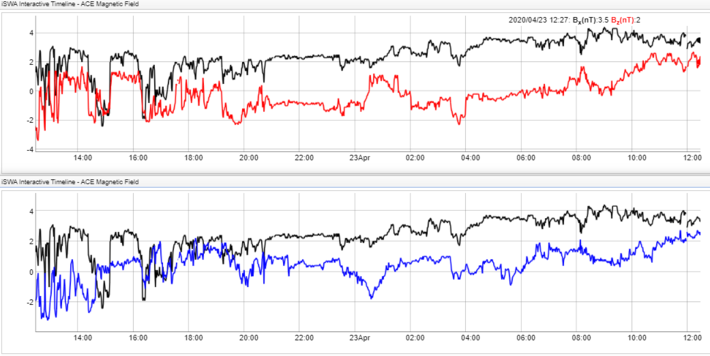 With a number eddy flow of magnetons showing up daily, the few shown are from (April 22) ahead of the pair of the skewed events.

A skewed magnetosphere seen in the Y-Cut cygnet tonight (Apr 18), just ahead of ole midnight in Geneva, 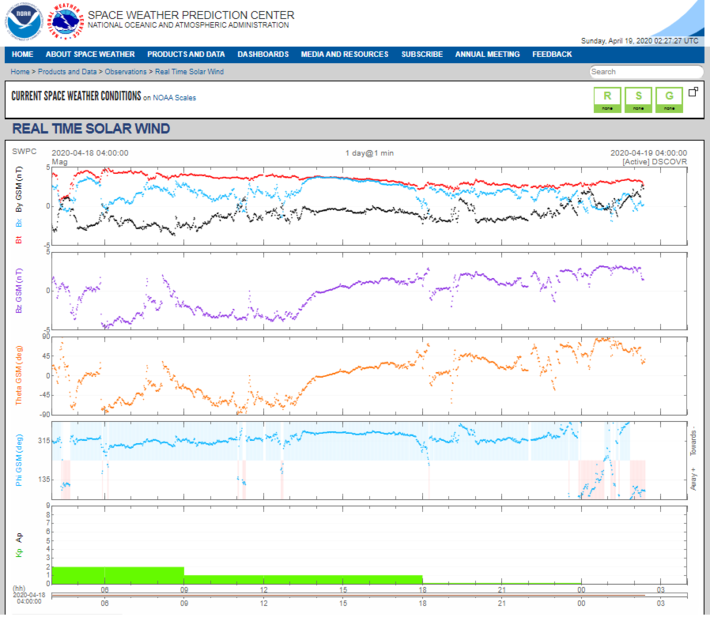 BATSRUS showing a confused magnetic field behind the Earth just ahead of midnight in Geneva November 30, and December 1, 2019.

ISWA Magnetosphere cygnet showing a confused magnetic field behind the Earth around midnight in Geneva. 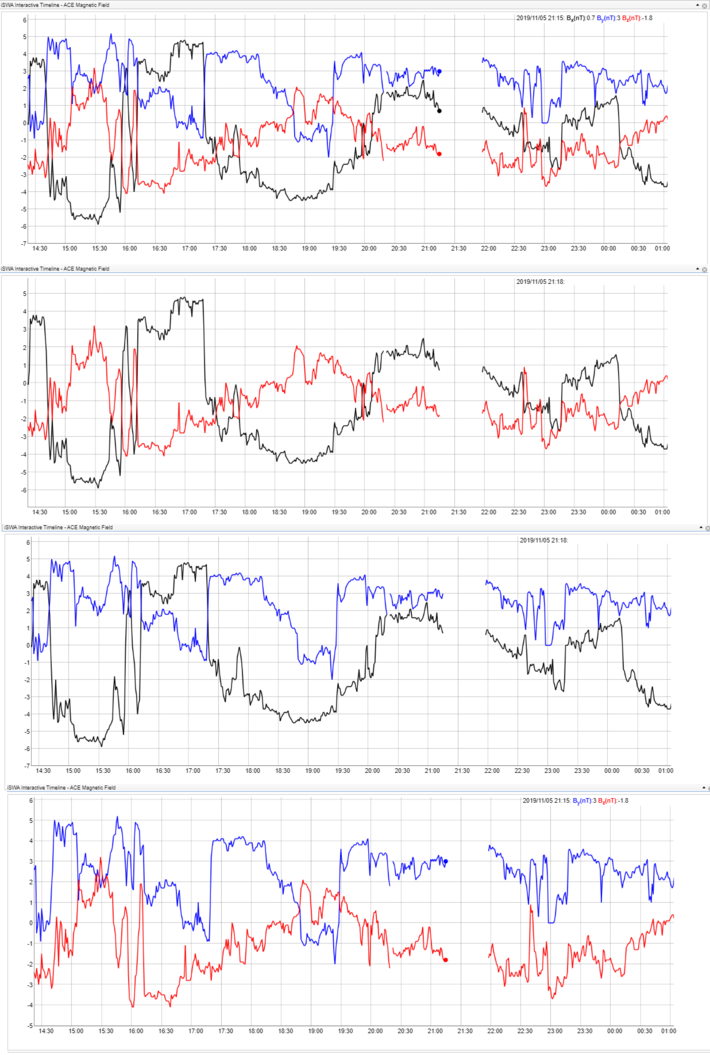 Consecutive images approximately a half hour apart of Y-Cut images over 9 hours, with the black Bx line added.