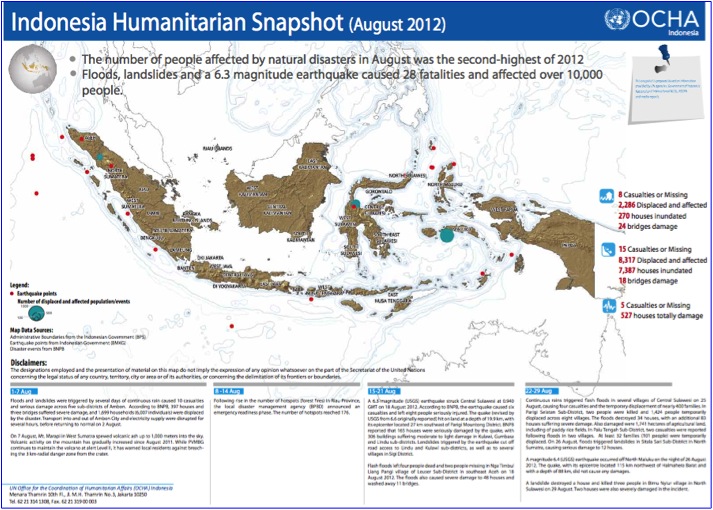 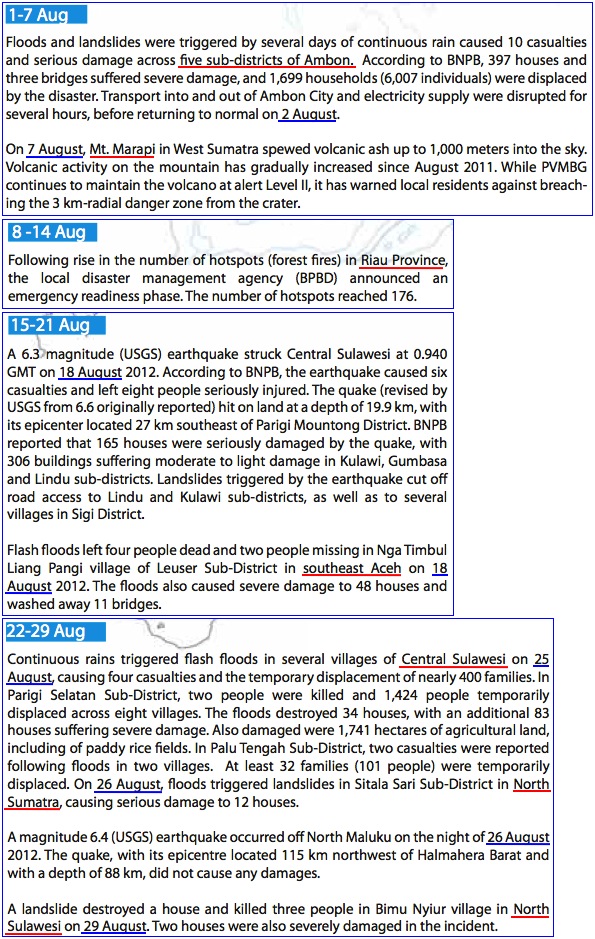 Natural disasters affected 10,600 people in Indonesia during August 2012, according to the National Agency for Disaster Management (BNPB). The figure represents a 50 per cent increase over the number of people affected in July. It is also the second-highest number of affected people in the eight months since the beginning of the year, despite a reduction in the incidence of the major disasters over the previous month. Eleven disaster events were recorded in August, against 26 in July.

Floods and landslides constituted three-quarters of all natural disaster events during the month. They were also responsible for 18 of the 28 natural disaster-related fatalities and over 90 per cent of the affected population. The floods and landslides were triggered by continuous rains in Maluku, Central Sulawesi and Aceh provinces. Ambon City in Maluku was the hardest hit, suffering 10 fatalities and serious damage to houses and transport infrastructure in floods and landslides occurring across five sub-districts at the beginning of August. An estimated 1,699 households (6,007 people) were temporarily displaced as a result. In Central Sulawesi, floods caused four deaths and displaced 1,424 people across several villages during the last week of the month. Southwest Aceh also experienced flooding, specifically in Leuser sub-District where four people died, 11 bridges were destroyed and scores of houses suffered severe damage. 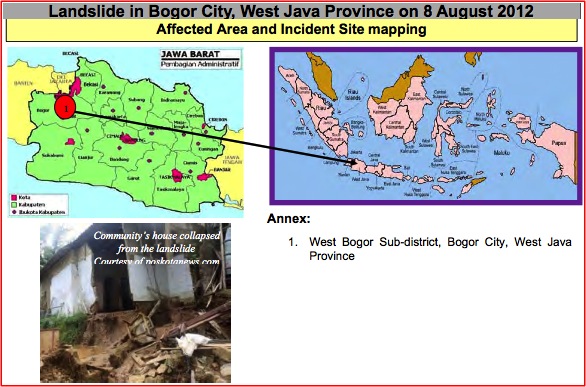 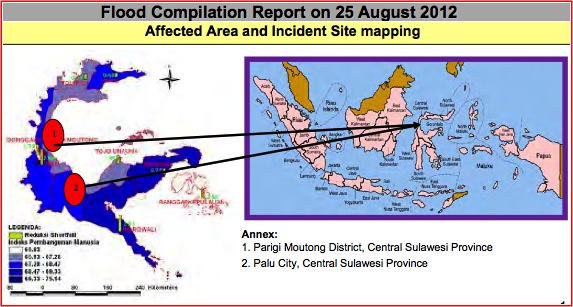 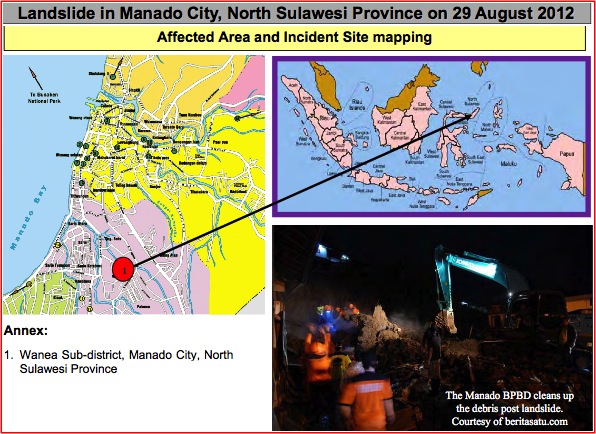 awaw..Thank you very much kojima for this--can never never say enough--i've included it in here.

No one summarizes, graphically, like you Kojima! Thank you for your endless efforts!