Residents Combat Back to Rice and Field Activity

Jepara , Jaringnews.com - Rain Village residents who feared fighter in the District Keling Jepara, Thursday ( 01/30/2014 ) , not down in the village in Jepara largest coffee producing it . Because, if it rains heavy ground cracks along the 700 meters in Hamlet Keposo Rice Bokor landslides feared would hoard residential areas .

One resident , Imam Sukoco convey , today residents began the move back to the fields and rice paddies . Paddy fields and coffee plantations were damaged by landslides last week is now starting to be addressed and cleared residents from longsoron material . However , when night falls people do not sleep in their house . But in the post evacuation and relatives in homes that feel safe from the threat of landslides aftershocks .

" Residents are on the move, but when the night sleeping in camps or in the homes of his brother , " said Imam to Jaringnews.com .

Of the work of citizens in monitoring post cracked soil , Imam added , today there is no avalanche activity or soil cracks . So that residents feel the condition is still quite safe to move back into the fields or to fields .

"Today the work of the citizens of inactivity shift cracked soil . Both are in Keposo Rice Bokor and that in Glagah , " said Imam . 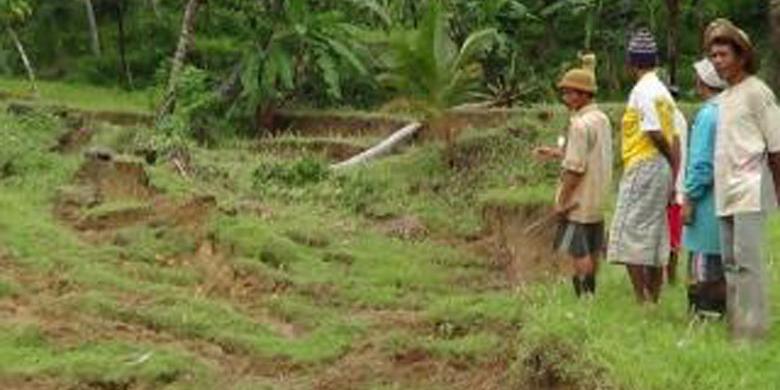 SUMENEP , KOMPAS.com - Land area of ​​three acres in the hamlet of East Sempong , Pasongsongan Village , District Pasongsongan , Sumenep , East Java , sudden sinkhole . The depth of soil subsidence between six to eight feet . The reason , as long as a week in the area of ​​heavy rain .

Due to soil subsidence, as many as 16 houses belonging to residents around the location of the disaster became cracked. While plants and trees on the land subsidence damaged and uprooted .

Subhan Ahmad , a local resident said the incident was the first time that the land subsidence occurred in the village . When the incident Wednesday night , he could hear the roar creepy .

" People thought the timing of events such as coming to an end . Then the walls of houses cracked and residents poured out of the house , "said Subhan , Thursday ( 1/30/2014 ) .

Now , local residents claimed to fear if it happened again . The house was cracked feared would collapse and casualties. Most residents chose to flee to his brothers house to avoid the collapse of their homes .

" My house had cracked an inch behind the wall . If heavy rain again I worry about land subsidence again and I come home collapsed , " said Sudaili , homeowners are already cracked .

Meanwhile , Head of Rehabilitation and Reconstruction , Disaster Management Agency (BPBD ) Sumenep , Sutrisno explained , the phenomenon of land subsidence in Pasongsongan it would still be reviewed cause. But for the time being , residents whose homes were asked to evacuate cracked first for fear of aftershocks sinkhole .

" We 're seeking help for the victims . Moreover, their broken rice after soil subsidence . Important thing first saved their lives , " said Sutrisno . If heavy rain , residents were ready to evacuate requested

Imam Sukoco , one of the villagers of Tempur delivered , after the measurement , the length of cracks in Rice Village Bokor Combat Keling Jepara District of reaching 1,200 meters . Initially , the Imam delivered only 700 meters .

" After an evaluation by the MRC ( Muria Research Center ) and measured the length of the land which turned out to be cracked almost 1,200 meters such as the shape of a U. By varying the depth of the cracks , "said Imam to Jaringnews.com , Saturday ( 02/08/2014 ) .

"Getting to the top , the thickness of the thinner soil . As of this afternoon we watched no ground movement , " said Imam .

" But today the rain had since this morning . If heavy rain prompted residents were ready to evacuate , "said Imam .

Possibly the worst if the soil cracks in Rice Bokor landslide , at least 150 families will be affected . That means there are at least 500 people to be evacuated . 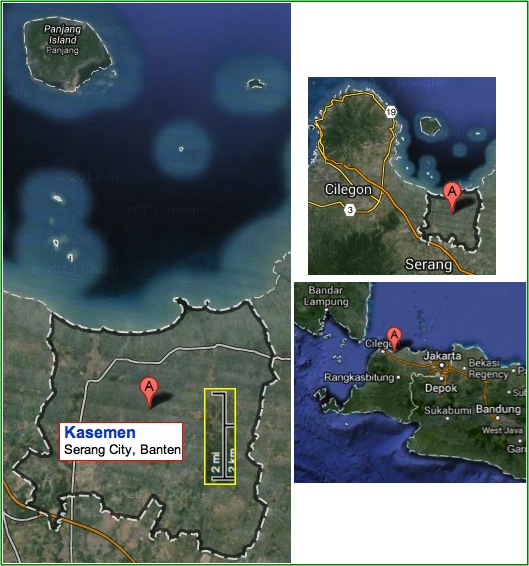 Thank you, Khan and Andrey. 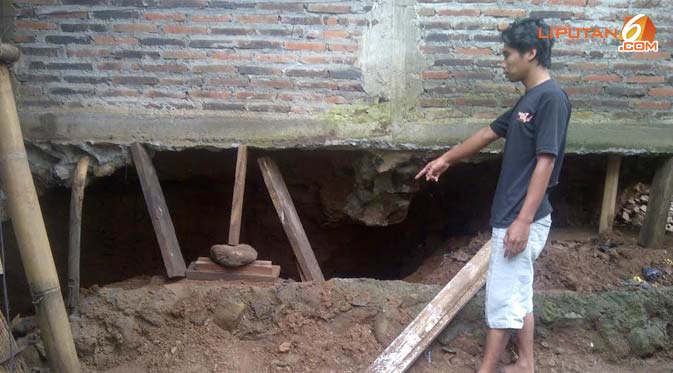 This crack in Jepara