stimulated me to produce a 3D model simulating Indo-Australian plate movement, which, i hope, will help to visualize it better.

Here is Indo-Australian plate, shown tipping at India side (blue) and rising on NZ side (red)

A plate tipping on one side would have an axis (pivot) of rotation in its horizontal plane.

Now, imagine Indo-Australian plate to be a giant rectangle of irregular shape - it is tipping on its diagonally opposite sides. What i am trying to relate is that this plate tips in a complicated 3-dimensional way: its Indian edge generally lowers, while also tipping sideways a bit.

Imagine that you hold a rectangle with two hands at opposite corners (black lines) and you can rotate it along its axis, with two other corners turning up or down. Now lets try to visualize it in 3D (as seen from northern side looking southeast): This shows an uneven sinking, which cannot be accurately simulated by Google maps elevation (which  does not take into account plate tip).

[Some explanation, as it may be not so easy to grasp 3D visuals: * the level (angle) of tilt is of course exagerrated Plenty of movement on the Indo/Australian Plate with another mag 7.3+ earthquake 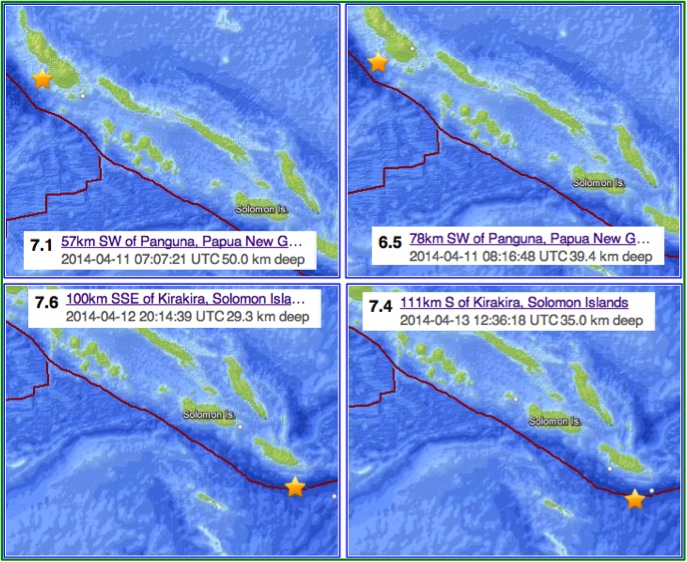 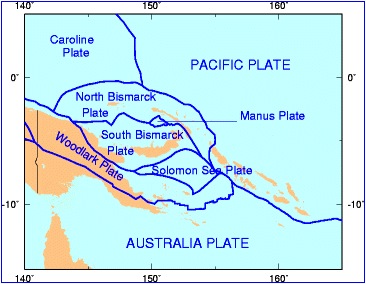 Tectonic microplates of the Melanesian region. 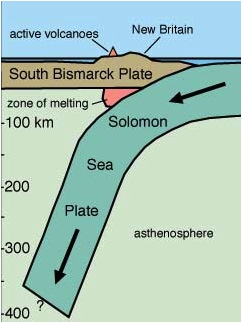 Cross-section of the subduction zone below New Britain. From Johnson (1976).

Listen to the waveform as audio, if you can. 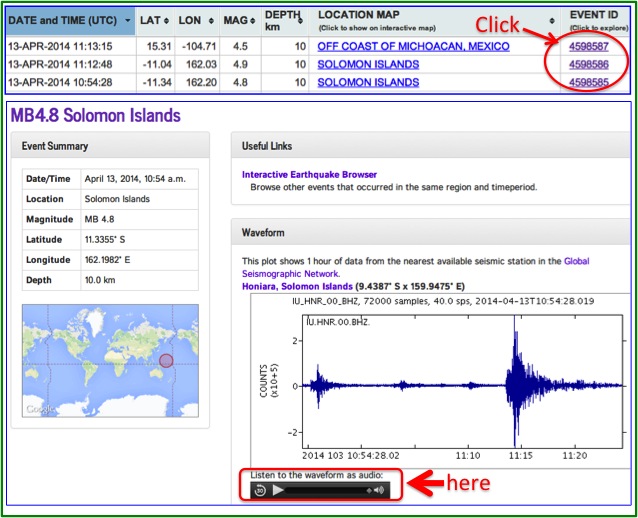 Listening to the wave form as audio, Solomon earthquake doesn't seem to still calm down. 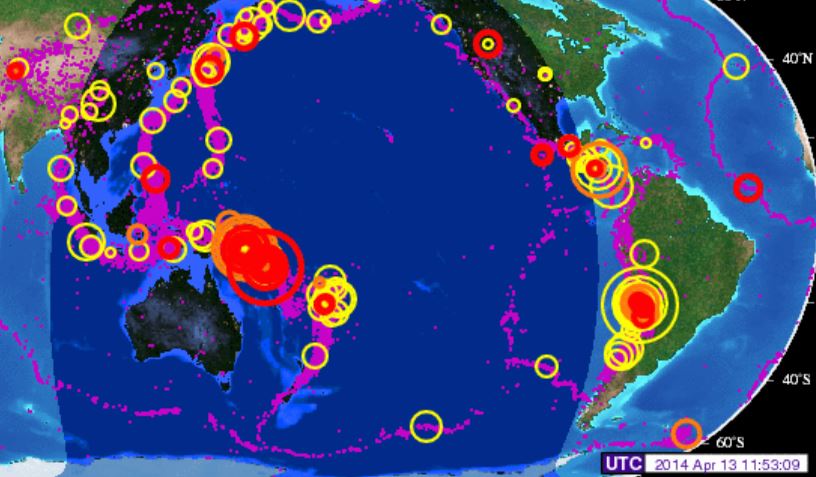 These Zeta Talk links will explain the Queensland flooding

Are parts of Australia along the Queensland coast to be permanently flooded due to elevation loss now? There is a quote in the link below that references "this hanging on for 12 months" http://www.smh.com.au/environment/weather/more-heavy-rain-for-flooded-state-20110106-19guy.html

The establishment is desperate to prevent awareness of the presence of Planet X in the inner solar system, and has agreed among themselves that blaming rain and storm surge for the sinking of land in Indonesia would be the first volley against the ZetaTalk message. Thus, in Asia, any type of flooding, whether there has been rain or not, is blamed on rain in the media. Unexpected was the flooding in Queensland, as this had not been mentioned by ourselves. Australia was not included in the news blackout issued to cover our 7 of 10 predictions, and thus news of this flooding hit the world. We have explained that the water wash backing up rivers along the eastern coast of Queensland is due to the tilting of the Indo-Australian Plate, but as this phenomena had not been expected, the establishment was taken by surprise.

What does this mean? Is this a permanent state of affairs? That would hardly be the case, as water finds its level and the water heaped around the eastern edge of the Indo-Australian Plate is flowing in many directions to this end. The rivers will soon be flowing to the sea, unimpeded, and the flood waters draining as rapidly as they arrived.