Would the Zetas care to comment on the massive hurricane Harvey?  It was such a weak hurricane just a day before making landfall and suddenly intensified to become the worst storm to hit Texas in almost 60 years. FEMA says it will be there for years and that this is unlike any storm in memory.  The storm path seems to show the wobble with the storm meandering up the coast and going backwards even.  Was this another message for humanity as we may lose much of our oil infrastructure?  Are these the types of storms that were forecast to inundate the coasts as the shift approaches?  [and from another] https://apnews.com/1be70a05bd0848c9aba361ab509d0fce/Rescuers-pluck-... Before the storm that arrived Friday as a Category 4 hurricane is gone, some parts of Houston and its suburbs could get as much as 50 inches (1.3 meters) of rain. That would be the highest amount ever recorded in Texas. Conflicting advice given by the governor and Houston leaders before the hurricane -  Gov. Greg Abbott urged people to flee from Harvey’s path, but the Houston mayor issued no evacuation orders and told everyone to stay home citing the risks of sending the city’s 2.3 million inhabitants onto the highways at the same time. [and from another] https://weather.com/storms/hurricane/news/tropical-storm-hurricane-... Periods of torrential rain will continue over parts of Texas the next several days with more flooding likely. Tropical Storm Harvey has stalled over southeast Texas where extreme rainfall has occurred in the Houston metro area, leading to record-breaking, catastrophic flooding. [and from another] https://www.nytimes.com/2017/08/26/us/hurricane-harvey-texas.html?m... Hurricane Harvey, powered by the Gulf of Mexico’s warm waters, made landfall as a Category 4 hurricane at about 9:45 p.m. Friday, earlier than expected. [and from another] http://www.cnn.com/2017/08/25/us/hurricane-harvey/index.html The combination of wind and water could leave wide swaths of South Texas "uninhabitable for weeks or months. [and from another] https://weather.com/storms/hurricane-central/harvey-2017/AL092017[and from another] http://www.dailymail.co.uk/news/article-4828968/Thousands-trapped-r... FEMA, the Federal Emergency Management Agency, revealed it would take the area years to recover from the storm which is the worst this decade. Houston, the nation's fourth largest city, was told by its mayor not to evacuate and thousands were forced to seek higher ground due to the rising waters. Several hospitals in the Houston area were evacuated due to the rising waters. 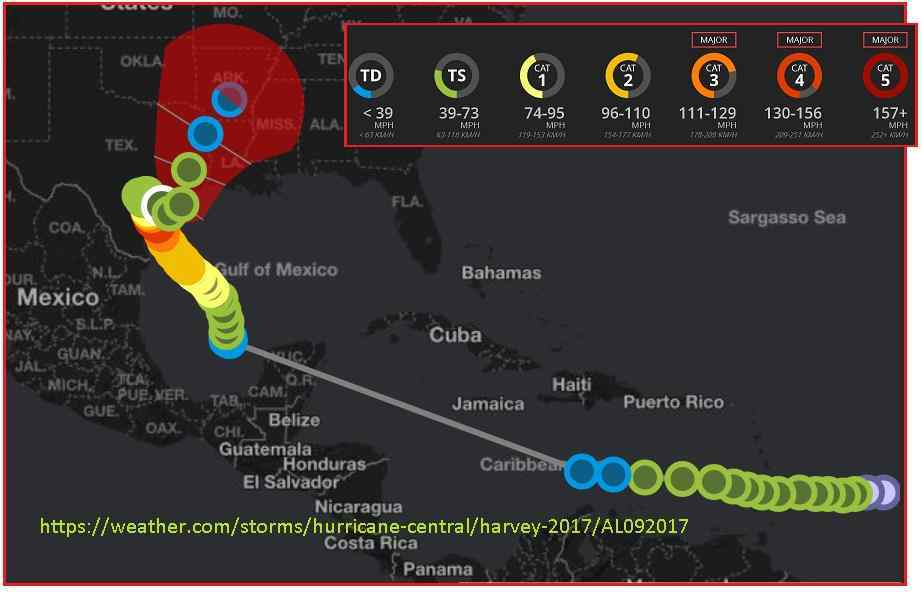 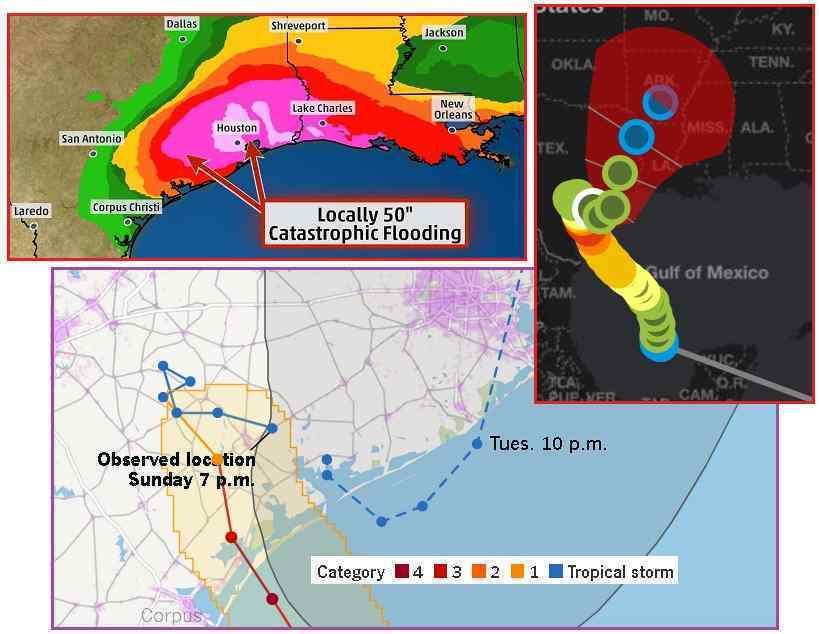 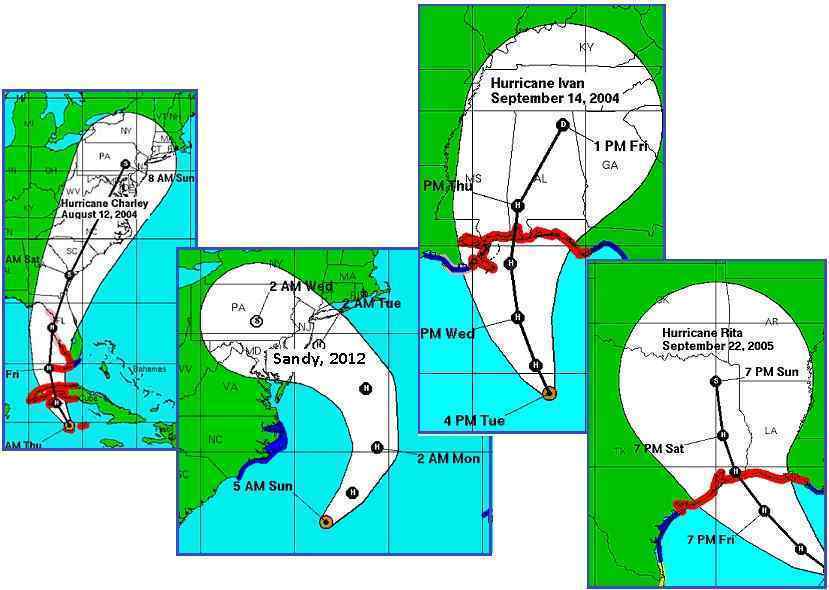 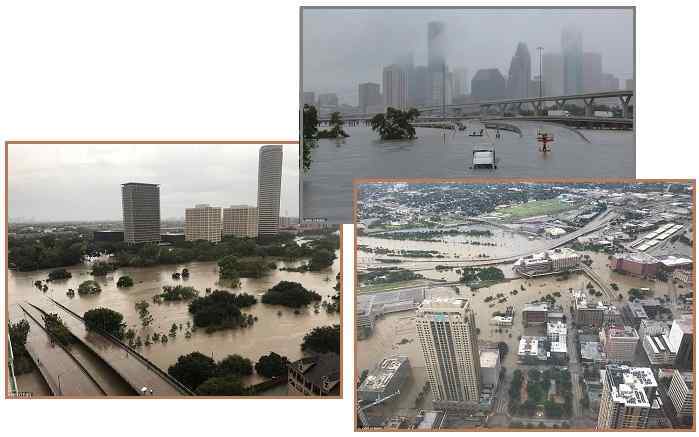 Harvey enters the Caribbean as a Tropical Storm, drops to a Tropical Depression, then returns to build wind speed into a Category 4 hurricane prior to landfall. Why did it weaken and then return to be a Category 4 hurricane? The cone of a hurricane is normally an even curve. But Harvey weaves back and forth like a snake, then reverses direction, pulling away from the coastline before returning to slam Houston. Houston was not originally in its path, thus the Mayor’s wrong call on evacuations.

The factors that affect the force of a hurricane are usually consistent, not wavering, which shows the effect of the Earth wobble on both water and air masses. The Gulf deals with both the Polar Push forcing water and air away from Texas, and then the bounce back or the swing to the right and left relieving or increasing pressure. We warned in 2006 that there would be coastlines that would become virtually uninhabitable, due to the Earth wobble induced assaults. After hurricane Katrina and now Harvey, it is becoming obvious that the Gulf states are among those locations.