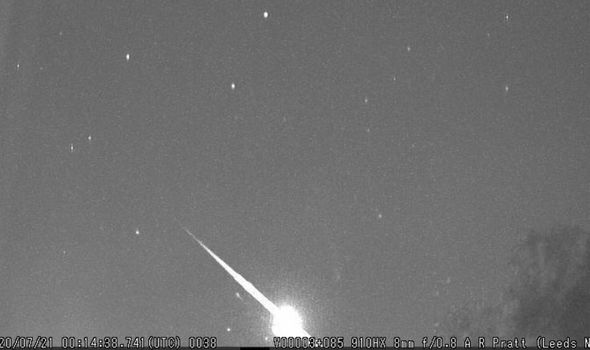 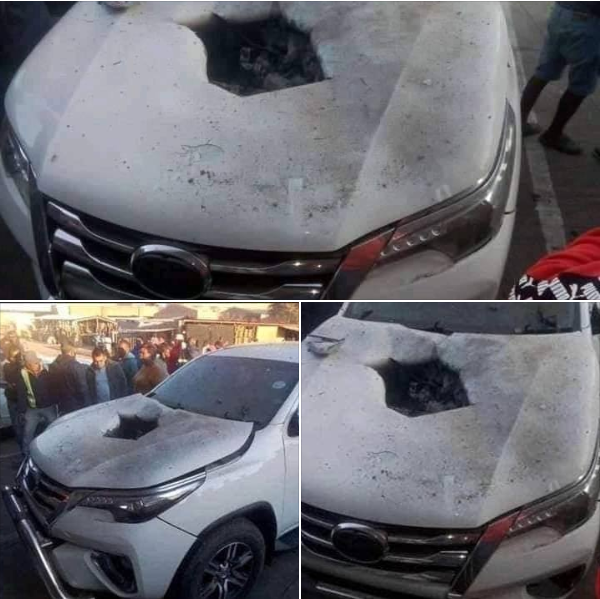 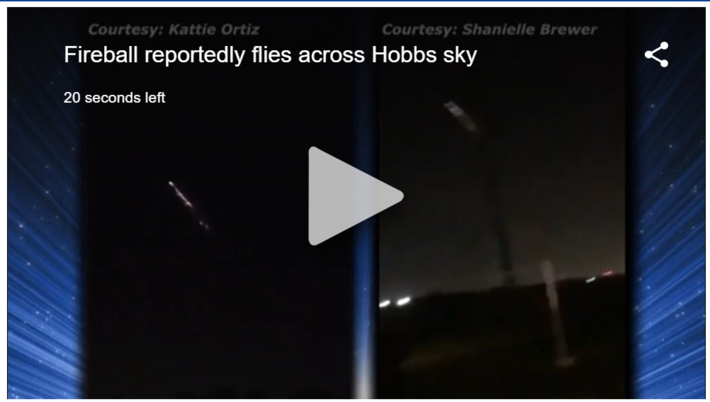 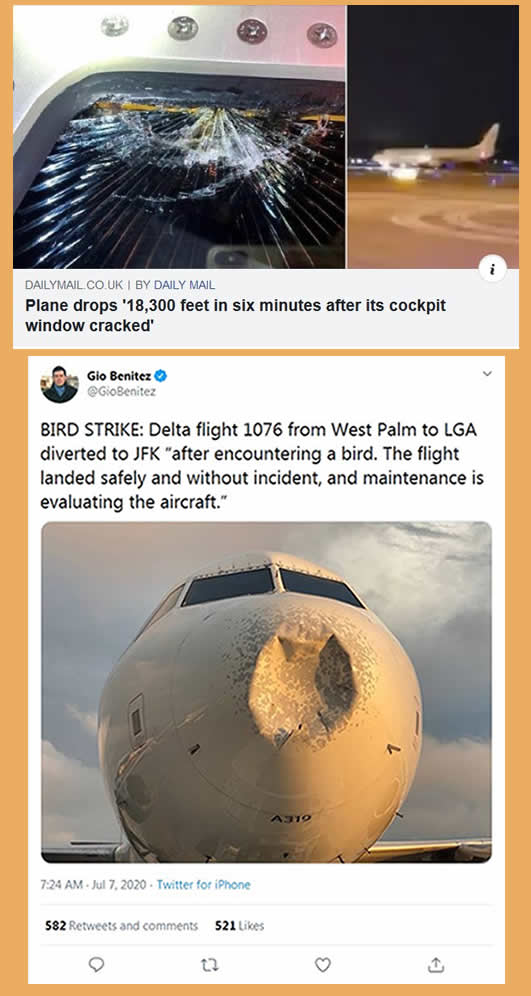 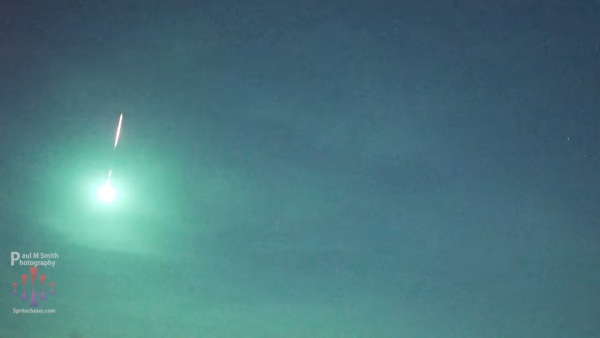 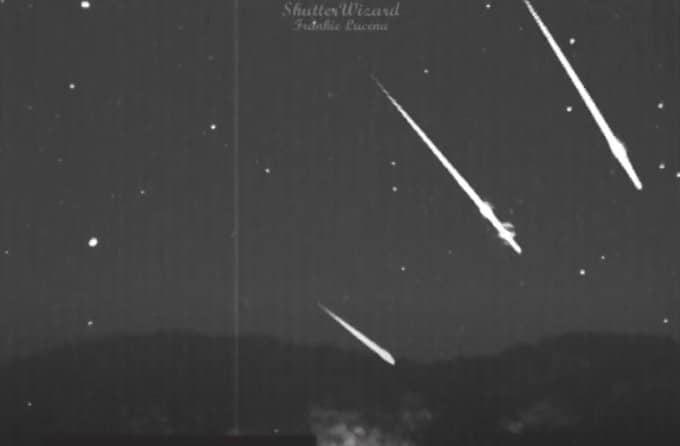 The strange fireball was caught on video. 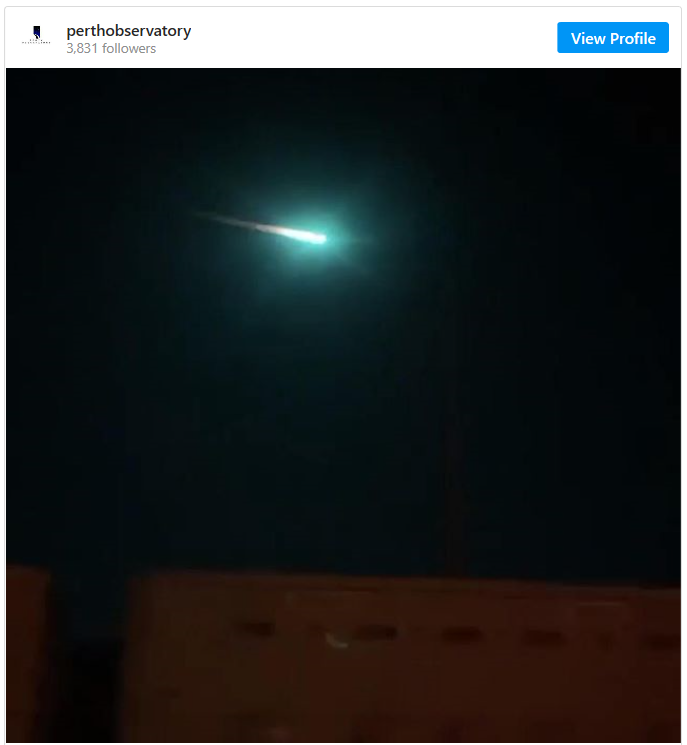 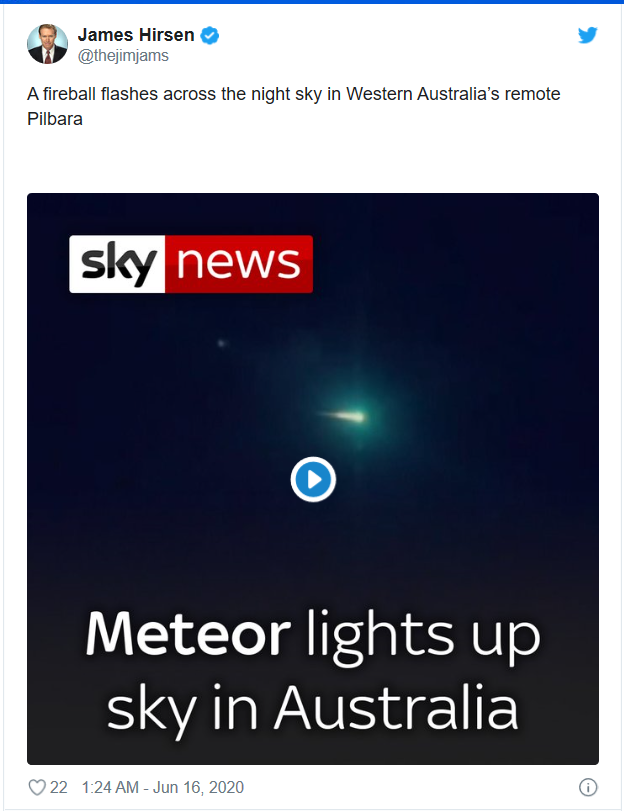 A streak of blue light that flashed across the sky on Monday surprised western Australia's night owls and befuddled the astronomy community.
The blue fireball was seen at 1 a.m. local time on June 15, according to ABC News Pilbara. "It was really a spectacular observation," Glen Nagle, the education and outreach manager at the CSIRO-NASA tracking station in Canberra, told the news agency. Sightings were reported across the remote Pilbara region as well as in the country's Northern Territory and in South Australia, Nagle said.

Many observers caught the phenomenon on video. The fireball streaks steadily across the sky. At first, it appears orange or yellow, with a short tail streaming behind it. After a few seconds, the bulk of the fireball lights up blue.

Scientists aren't quite sure what object was burning up in the atmosphere to create the brilliant light show, according to ABC News. Some amateur astronomers speculated that the object could be human-made debris, perhaps from a recent rocket launch. But that seems unlikely, Renae Sayers, a research ambassador at Curtin University's Space Science and Technology Centre, told the news agency.

When space junk reenters the atmosphere, "what we tend to see is sort of like crackles and sparks," Sayers said. "This is due to the fact that there is stuff burning up — so you've got solar panels going all over the place, you've got hunks of metal moving around."

The fireball over Pilbara, on the other hand, glided smoothly through the sky. That makes it more likely to be a natural space object. The blue color, according to Nagle, indicates a high iron content. Many meteorites — space rocks that survive their fiery trip through Earth's atmosphere — are high in iron. Some may be the cores of ancient asteroids, according to the Natural History Museum in the U.K.

Sayers said that the fireball looked similar to another spectacular meteor sighted in Australia in 2017. That 2017 fireball whooshed across the sky, but instead of hitting the ground or burning up in the atmosphere, it bounced back into space. The June 15 fireball may have been another grazing encounter, she told ABC News.

Meteors bright enough to be classified as fireballs are rare, but encounters with space rocks are common. According to NASA, about 48.5 tons (44,000 kilograms) of meteor material falls on Earth every day. Most space rocks disintegrate entirely or are the size of a pebble by the time they make it through Earth's atmosphere. Occasionally, one makes a truly spectacular entrance: In February 2013, a meteor that would become known as the Chelyabinsk meteor entered the atmosphere over Russia and exploded in the biggest space blast since the 1908 Tunguska explosion. The explosion blew out windows in buildings in six different cities.