Would the Zetas care to comment on the following crop circle reported yesterday at Hill Barn, Wiltshire, UK? 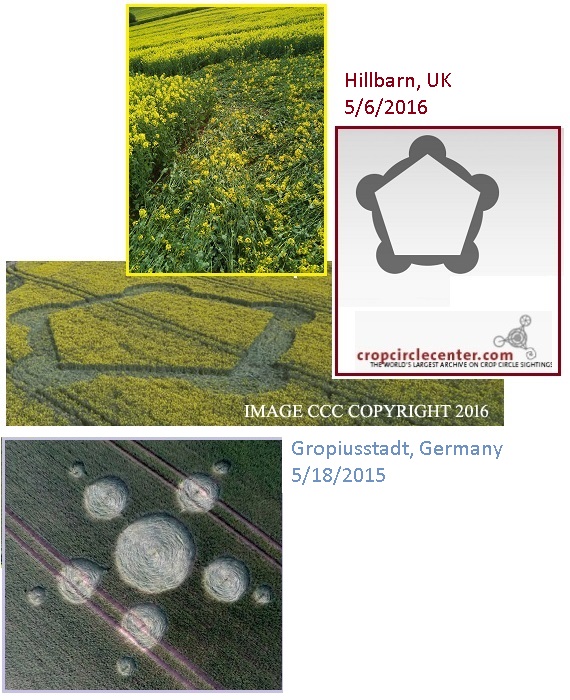 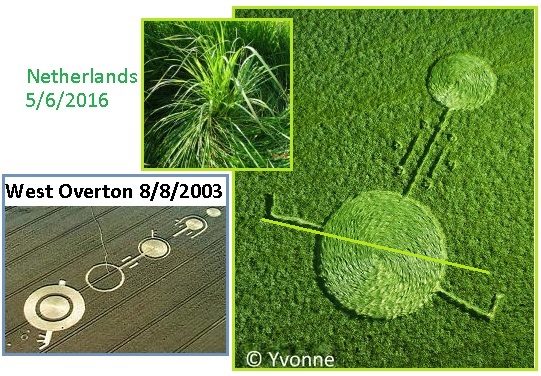 In May, 2015 all these influences were not equal in force, and not equal in strength, thus the daily polar push when the Earth’s magnetic N Pole came up over the horizon to face Nibiru just to the right of the Sun was violent, increasingly so. The other influences had a lesser voice. But as Nibiru comes closer, and the cup tightens, the Earth finds herself in a ricochet. In the middle of a polar push she might be dealing with the Dark Twin bumping her side. Or while attempting to escape the Dark Twin she might be forced closer to Nibiru and suddenly turn into opposition to deal with the magnetic intensity. The Hillbarn CC is predicting an increasingly violent wobble, thus.

In step with this message from the UK is a circle design in the Netherlands, laid the same day. In 2004 we described the parallel lines
http://zetatalk.com/index/zeta115.htm
along a line connecting two planets in a crop circle as depicting magnetic alignment, a side-by-side alignment.
http://zetatalk.com/index/zeta133.htm
The Netherlands design is depicting how the Earth’s struggle to maintain her side-by-side alignment with the Sun has influenced the daily Earth wobble. The handle bars on either side of the Earth are not even, with the bar on the left at an angle which equates to a 20-30 degree offset
http://www.zetatalk.com/newsletr/issue494.htm
on the other side of the globe. This is indeed what those in Europe have observed in their sunset, of late.
EOZT

Prior ZT: http://www.zetatalk.com/ning/30ma2015.htm
The Gropiusstadt, Germany design has an uneven distribution of 5 circles. That there is an uneven distribution is immediately apparent, the dominant message in this design. At present, the strength of the Earth wobble has caught the attention of all on Earth. This is not merely a shoving contest between Nibiru and the Earth, as the Earth is trying to align with the Sun’s magnetic field too – 3 magnetic influences. But as the planets caught in the cup – Venus and the Dark Twin – loom closer during the increasing squeeze, other influences will destabilize the structure of the daily wobble. These three equally sized planets in the cup will bounce off one another.

Prior 2004 ZT: http://zetatalk.com/index/zeta115.htm
The side-by-side alignment is represented by parallel lines along the time line, with a clear indication that Planet X changes position in this regard more than once.