Central Mexico: Landslide in the Huasteca of Hidalgo State, 300 affected "Literally, a rupture. As if the ground cracked open. And, the forces... energy is very important (of a high level of magnitude), so much that 42 homes were immediately affected" 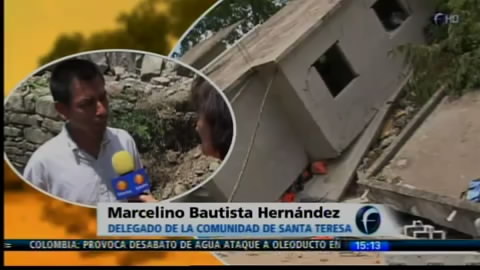 "It felt like an earthquake, as if everything moved, the ground started to open" 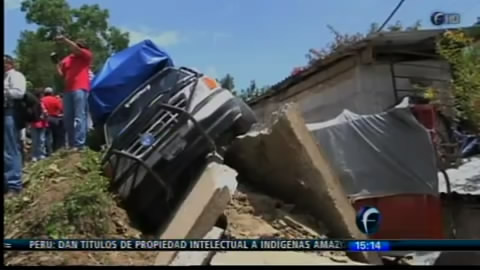 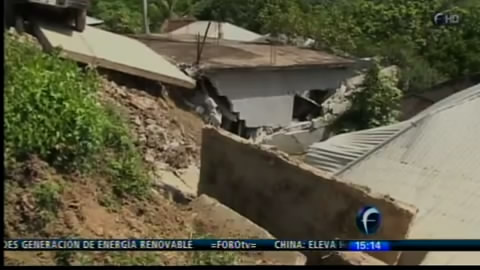 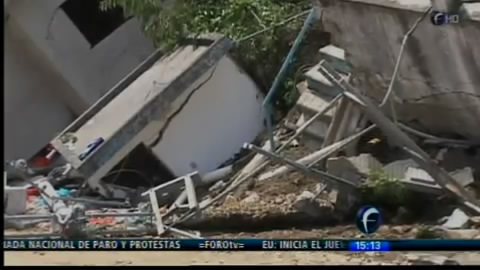 MEXICO CITY, Mexico, in July. 23, 2012. - The Ministry of Social Development (Sedesol) ordered immediate relief to families affected by the breaking off of a hill in Santa Teresa, a town of Yahualica, Hidalgo.

In a statement, the agency explained that the landslide occurred last Saturday in the Huasteca of Hidalgo and the Mexican army and took appropriate measures to safeguard the lives of the inhabitants.

He said the agency, with state and municipal governments, the census began damaged houses so far account for 42, however, there is the possibility that the number increases.

He said the added damnificados 300, between children and adults, who were granted humanitarian aid and lodging will be provided.

Said the head of the agency, Heriberto Félix Guerra, instruyó the delegate in Hidalgo, Octavian Liceaga, to give timely help and support and to start the Temporary Employment Program and analyze, with state and local governments, other type of support.

As if a line was drawn across Mexico reports keep coming, and a possible trend could be plotted. By: Dr. Juan Carlos Montalvo Arrieta
During the period from 22 to 24 July 2012 12 earthquakes were located southwest of the city of Linares, Nuevo Leon, which have been recorded in the seismic station LNIG (School of Earth Sciences, UANL, Linares, NL) . These earthquakes lie in the Sierra Madre Oriental Geological Province. According to the media some of these events have been felt by residents of towns adjacent to the Sierra Madre Oriental. Table 1 shows the date, size and coordinates of the earthquakes recorded. "In the last 24 hours, the Popocatepetl volcano has issued 45 exhalations accompanied by emissions of water vapor and gas, the traffic light is yellow Alert Phase 3"

The number of exhalations have been steadily increasing on the last few months, no news there.  But I just found this news report and it stoke me the almost straight line drawn between the three incidents. MEXICO CITY, Mexico, in July. 24, 2012. - The Popocatepetl volcano showed medium activity in the last 24 hours, with 45 exhalations accompanied by emissions of steam and gas and probably some amounts of ash.

According to the report of the National Center for Disaster Prevention (Cenapred) issued at 11:00 hours, the activity of the last 24 hours, included glow in the night of Monday and dawn Tuesday.

The exhalations referred to in this report, were of low to medium amplitude and were accompanied by water vapor and gas, but could not confirm the presence of ash, due to cloud cover in the area prevented visibility.

In addition, we detected isolated segments of low-amplitude tremor, although not specified the cumulative time of this activity.

At the time of this report, there was no visibility of the volcano due to cloudiness in the area, but at times has been observed a persistent and thick plume of water vapor and the Stoplight Volcanic Alert Phase remains at yellow 3. 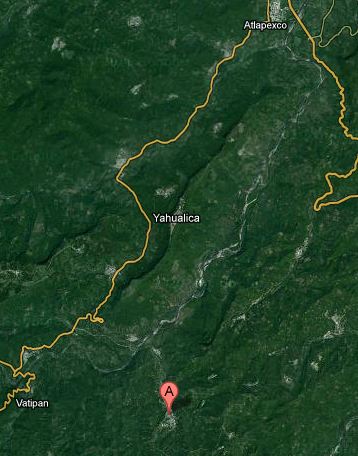 Nevertheless, Santa Teresa, although not on the side of the big ravine Yahualica is, the area in general is located at the start of the Oriental Sierra, 400-600 metres (1300-2000 ft), from the Gulf of Mexico.

The original news report was issued on July 21, and then there was a 5.2 earthquake reported on July 24 in Oaxaca (San Antonio Tepetlapa, Oaxaca, Mexico - Google Maps search), which is located in the same height range from the Pacific towards the Occidental Sierra.

Regarding the South America roll, from the Zetatalk Newsletter, Issue 251:  "What happens to Mexico during this process?" 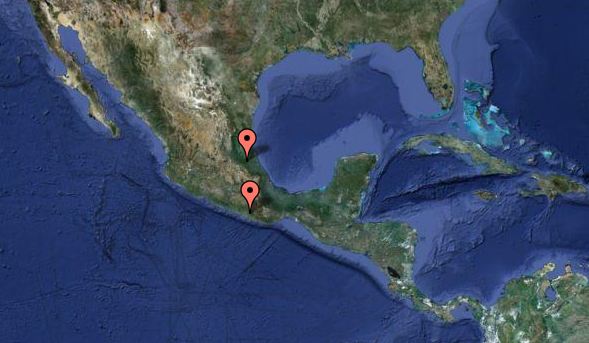