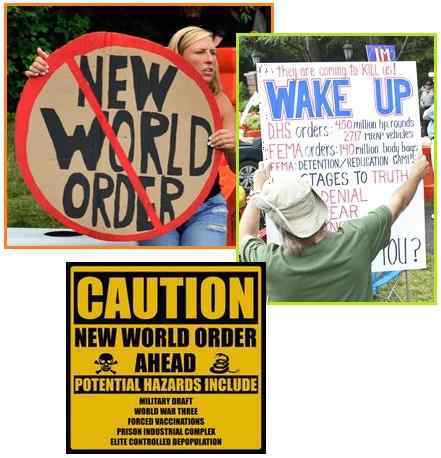 It's that time of year again - Bilderberg meeting. Would the Zetas care to comment on what will be discussed, in particular in regards to Planet X, the cover up and the elites resigning left and right? [and from another] http://www.guardian.co.uk/world/2013/jun/02/week-ahead-bilderberg-2...   A heady mix of politicians, bank bosses, billionaires, chief executives and European royalty will swoop up the elegant drive of the Grove hotel, north of Watford, to begin the annual Bilderberg conference. The conference is the highlight of every plutocrat's year and has been since 1954. The only time Bilderberg skipped a year was 1976, after the group's founding chairman, Prince Bernhard of the Netherlands, was caught taking bribes from Lockheed Martin. Senior politicians will be holed up for three days in luxurious privacy with the chairmen and CEOs of hedge funds, tech corporations and vast multinational holding companies, with zero press oversight.  [and from another] http://www.ibtimes.co.uk/articles/474529/20130604/bilderberg-2013-c...  It is dominated by middle-aged and elderly white men, with Christine Lagarde, managing director of the IMF, leading the tiny coterie of women that can now pass muster among the financial and political elite. Tidjane Thiam, CEO of insurance giant Prudential, will probably be the only black face there. Meanwhile, the sense that it is stuck in the rut of its Cold War origins (founded in 1954 to foster dialogue between Europe and North America) is revealed by the fact that it is yet to recognize that the Iron Curtain crumbled over 20 years ago. Despite having been initiated by, among others, Polish politician-in-exile Józef Retinger, there is not a single invitee from east of the Elbe, let alone Russia. Here is the official list of attendees and the agenda for the Bilderberg Group meeting at The Grove in Watford, 6-9 June.

We have described the Bilderberg Group as formed originally in 1954, following Roswell, to discuss the alien presence and what the impact on the world would be should the public be informed. And where the agenda is always full, fretting over how the wealthy and politically powerful in the West can maintain control of the world, discussing the impact on the world should the public be informed about the pending passage of Planet X, aka Nibiru, has come to replace the alien presence as the dominant topic of discussion. This year, in 2013, both cover-ups are threatening to break, almost simultaneously. It is no longer ‘what if’ but ‘now what’ that will be discussed.

The list of worries for the wealthy and powerful is endless. As the economic slowdown grinds on, a virtual global depression, will this mean bank failures? For the wealthy, it is likely to mean a change in ownership.  As the poor are unable to pay their bills, banks will sell the assets to the wealthy at a bargain price. Corporate shares, foreclosed housing, and farm lands will go cheap, but what will this ultimately mean? Paper ownership will mean nothing in the Aftertime, when squatter’s rights and the ability of hard working survival camps to feed themselves will prevail. There will be no courts or military or police to enforce paper rights, and thus the wealthy are fooling themselves in their expectations.

We predicted that the public would react to an admission that Nibiru, aka Planet X, was real and nearby, soon to pass, would result in shock amid the public. They would go to work, pay their bills, and take some time to react. The announcement is expected to mention that Nibiru is not newly arrived, but has been near the Sun for years, in order to prevent instant panic. But the Bilderberg Group imagines the worst. They fear riots in every city, opportunistic looting, and services maintaining power and water collapsing. Will martial law be imposed? How long will it take to re-establish order? In all of their discussions, helping the common man though these times is seldom on the agenda, and then only as a bargaining chip.

Regardless of whom they represent, each attendee is sorting out their personal situation. Will their country be flooded, and if so will they be guaranteed a safe haven in another? Migration is expected to be tightly controlled, so personal favors and assurances are being sought. Migration patterns are another concern. Determining where the starving and drowning masses might be flowing will allow enclaves of the rich and powerful to be situated away from potential loss of control. Are the members of the Bilderberg Group planning any steps to assist the public? This comes up for discussion in the context of placating the public. Hazard pay, employment benefits, so the public will stay in dangerous places for a bit of extra cash. Such is the orientation of the Bilderberg Group.

In the UK, the first signs of cash incentives to stay in place have emerged with the government's 'Help to Buy' scheme which, in a time of austerity when slashing the budget, has somehow managed to find a staggering £12bn to provide the public with up to 95% mortgages.

Under the scheme, the government is using the £12bn to guarantee a portion of the loans with the banks making up the rest up to a total of £130bn of mortgages!!!!!!

Practically giving away houses, guaranteed to cause another housing bubble which caused the last crash, what possible reason could there be for this policy other than to encourage people to stay in place, in danger areas to reduce interference with the elite's escape plans when the time comes?

The fact that numerous banks are joining the scheme with no regard for the problems it caused last time unaffordable mortgages were given away is telling, as bankers are well represented at the Bilderburg Group.

The plan was also due to come into force next year but has been brought forwards, no doubt due to the pending announcement.