This question is about all these secret visits to Antarctica recently by a number of high profile people such as Patriarch Kirill and Obama. Just before the Obama visit, it was revealed that China has built a giant space exploration base in Southern Argentina. Would Zetas like to comment on what they were doing in Antartica? [and from another] https://www.rt.com/news/332835-patriarch-kirill-antarctic-penguins/ Russian Orthodox Patriarch Kirill has come to the Antarctic to visit the only permanent church in the South Pole, to talk with scientists at a Russian polar station, and of course to congregate with penguins. The wooden Holy Trinity church was built in the early 2000s and is the only permanent place of worship in the Antarctic. The visit comes as part of Kirill's Latin America trip, which saw an unprecedented historic meeting with Pope Francis in Havana on February 12. [and from another] http://www.nzherald.co.nz/nz/news/article.cfm?c_id=1&objectid=1... Mr Clapper is the chief intelligence adviser to Mr Obama and oversees the 16 agencies within the US intelligence community including the CIA and National Security Agency. Mr Key said Mr Clapper, has been America's intelligence chief since 2010. He is retiring before President Obama effectively steps down in 2017. [and from another]http://mobile.abc.net.au/news/2016-03-16/us-spy-boss-makes-secretiv... America's top spy, the US Director of National Intelligence, is on a secret visit to Australia, the ABC has learnt. James Robert Clapper Jr directs the US National Intelligence Program and reports directly to President Barack Obama. Before flying to Australia Mr Clapper stopped over in New Zealand where he met with Prime Minister John Key. Last week the Australian Federal Police hosted the Director of the Federal Bureau of Investigation James B Comey on a two-day visit to Australia. [and from another] http://www.breitbart.com/tech/2016/03/22/mystery-surrounds-chinese-... The station will be located in the Patagonia region of Argentina, which provides flat expanses that are suitable for space exploration work. The location also provides China the ability to conduct research from the Southern Hemisphere. Through the use of large antennae, researchers will be able use the space and its facilities to monitor the moon and other celestial bodies. [and from another] http://www.ibtimes.co.uk/us-president-barack-obama-attempts-dance-t... US president Barack Obama attempted to show off his Latin dance moves on 23 March when he took to the dance floor to tango during his state visit to Argentina. Video of the moment shows Obama perform the sultry traditional Argentine dance with celebrated female Argentine tango dancer Mora Godoy at an official state dinner hosted by President Mauricio Macri in Buenos Aires. 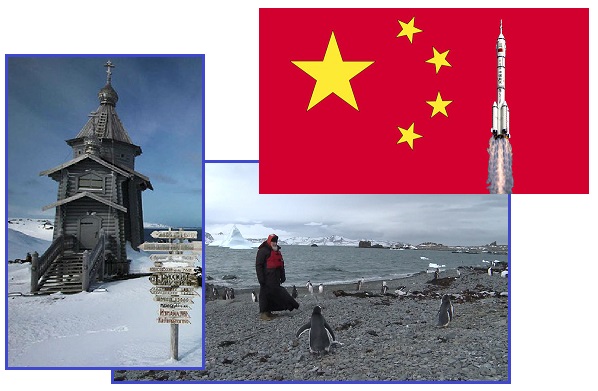 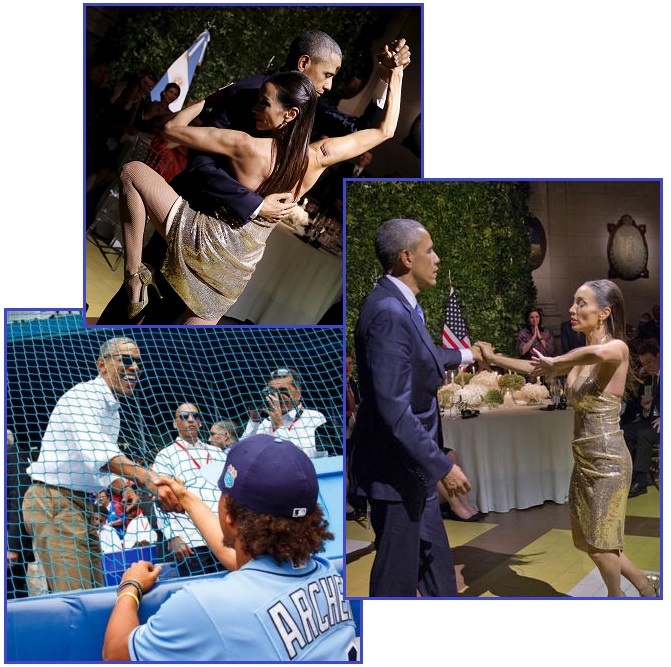 Is there a nexus between the US National Intelligence Program director Clapper’s secretive visit to Australia and New Zealand in early March, the press revelation in March of a secretive China space observatory having been established in Patagonia, Obama’s pressing need to visit Argentina in March, and the Russian Orthodox Patriarch Kirill visiting Antarctica in late February? There is indeed, and the fact that all of these countries surround the continent of Antarctica is no accident. Antarctica will be newly habitable land in the Aftertime, as will the new land due to rise between the tip of S America and S Africa, and the rush to make claims there no secret.

As we confirmed recently, Chief of Staff Dunford is now in charge of the US government, having affected a silent coup in late September, 2015. Where not announced or admitted in the press, US allies around the world needed to be informed.  Lest there be any confusion, there is a new Sheriff in town, nor will that arrangement change as a result of the 2016 elections. Former alliances and agreements with the US elite will no longer be honored by Dunford, and this hard message is being personally delivered by the outgoing Clapper.

It is no secret that the dominance of the dollar as the world’s currency has been challenged, the World Bank and IMF losing ground to the BRICS consortium and the China yuan. Brazil is part of the BRICS consortium, as are China and S Africa. Obama is embarrassed by the silent coup displacing him, and encouraged by political allies in the US, sought to counter the impact of the news that China had established a foothold, an observatory, in Patagonia. Thus, the tango in Argentina. The US has clearly lost the battle for allies on many fronts surrounding Antarctica, with Russia on the ascendant.