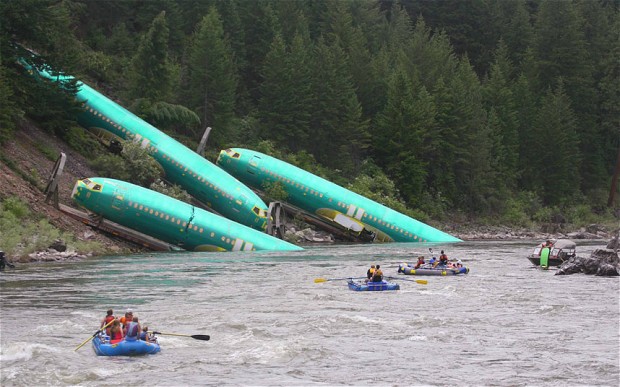 Looking like a scene from a Hollywood disaster movie, crews will attempt on Sunday to remove three Boeing 737 fuselages that tumbled down a steep bank and into the Clark Fork River in western Montana after a train derailed.

Montana Rail Link spokeswoman Lynda Frost said Saturday that it's unclear the type of challenge involved because it's the first time the company has faced such a task.

No one was injured when 19 cars from a westbound train derailed Thursday about 10 miles west of Alberton. The cause of the derailment is under investigation.

The cause of the derailment was not yet known, said Montana Rail Link spokeswoman Lynda Frost, but added that speed was not considered to be an issue.

There is a 35 mph speed limit on that section of the track, which is curvy as it tracks the Clark Fork, she said.

The line was being reopened on Saturday afternoon, Frost said. There were no injuries in the accident.

Boeing said it had experts at the scene 'to begin a thorough assessment of the situation.' 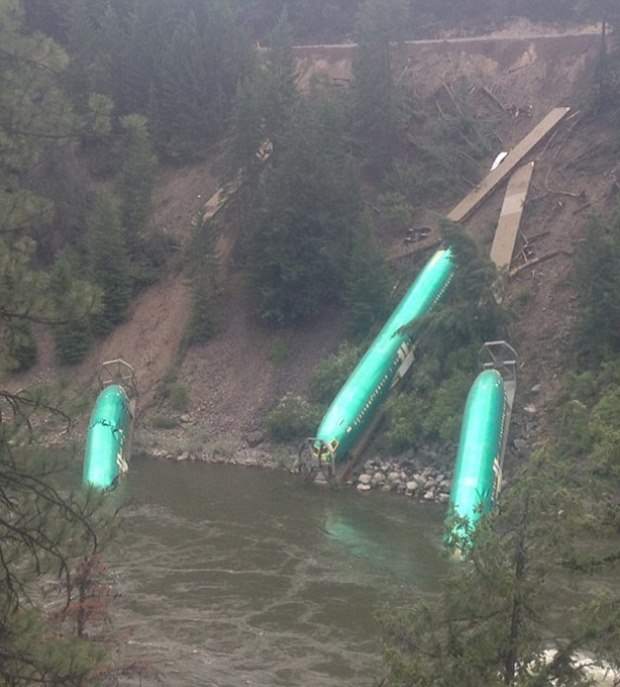 Three aeroplane fuselages that slid down a steep embankment into a river following a train derailment in northern Montana state could take until Tuesday to remove, railroad officials said Sunday.

“The progress is going extremely slow,” Montana Rail Link spokeswoman Lynda Frost said. “If we get one up today, it would appear it will take one day each to get them out.”

She said a crew of 50 with eight heavy-equipment machines was working together to hoist up the three Boeing 737 fuselages, the large, central portions of planes that hold passengers.