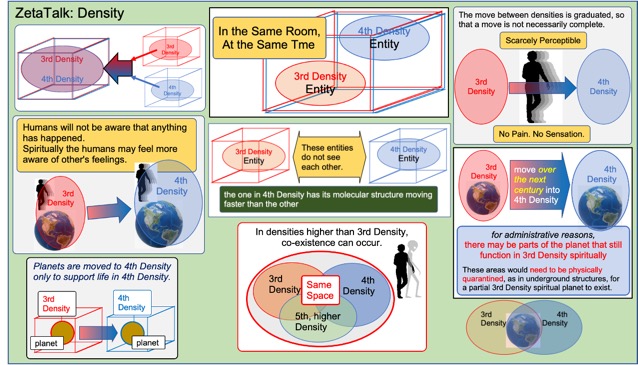 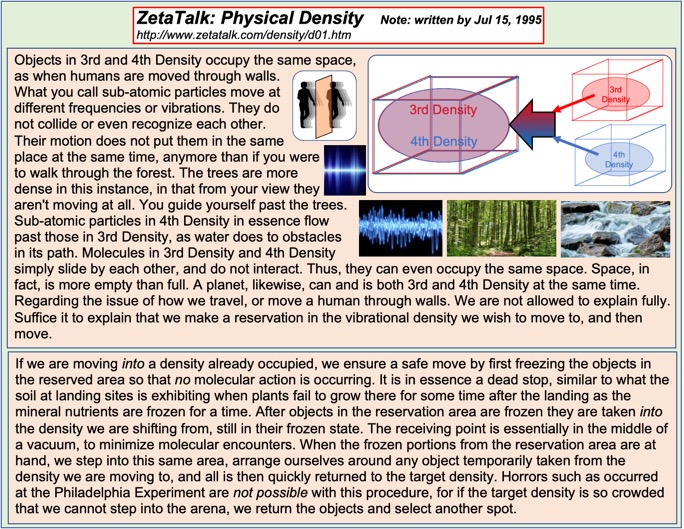 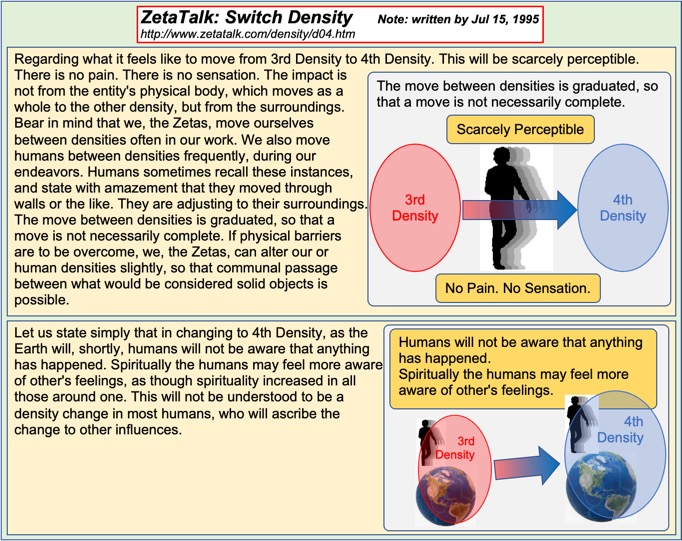 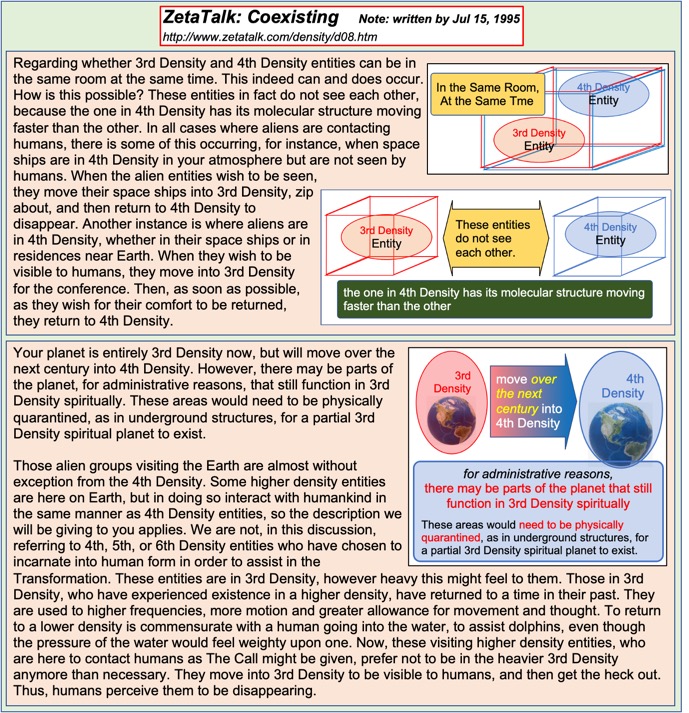 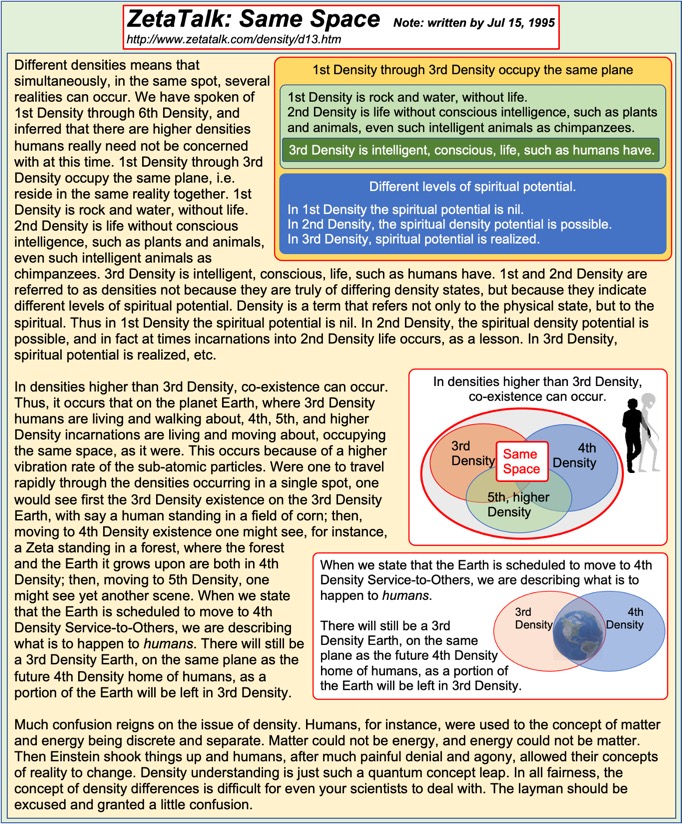 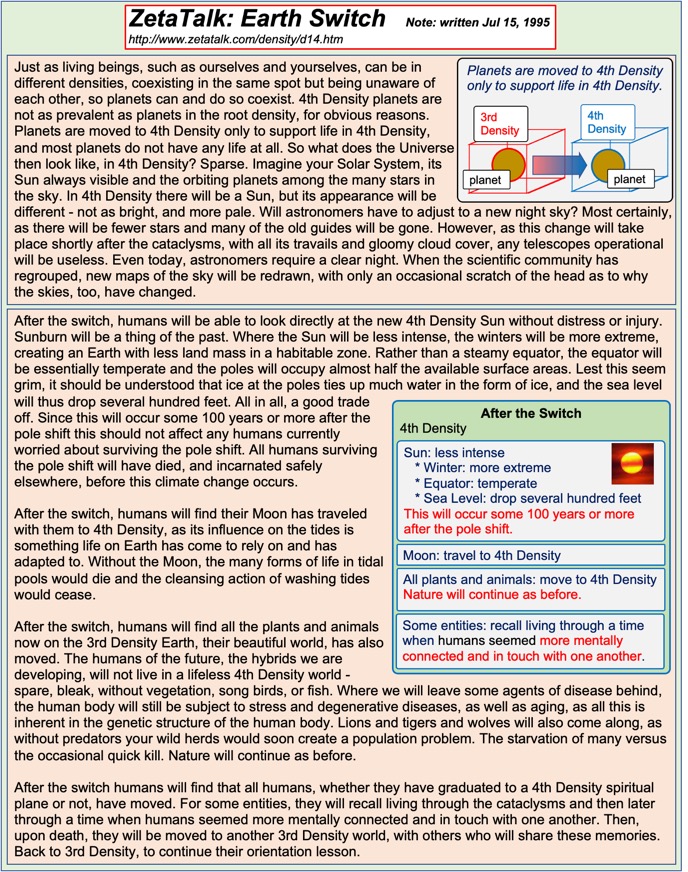 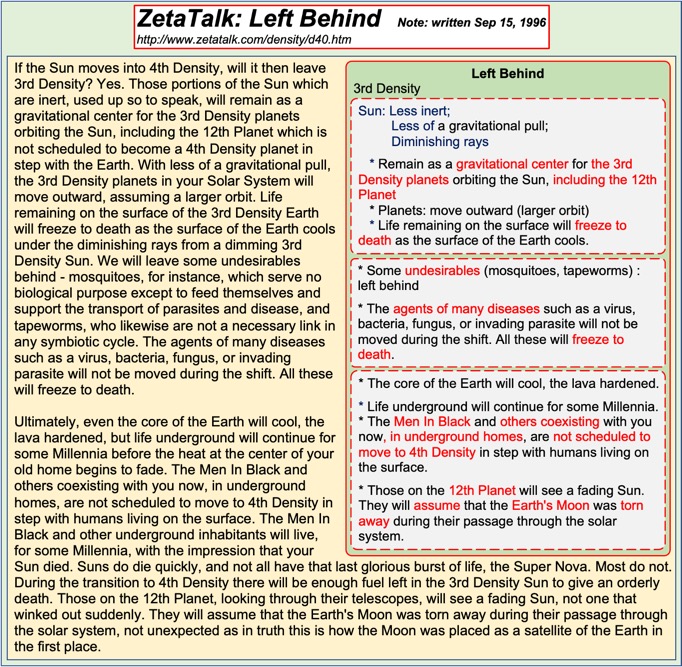 Nancy, perhaps you can help clear up an important point: At the higher densities, do minds operate at higher or lower frequencies when compared to humans ?

The higher densities have their atoms vibrating at a higher frequency. This allows the stuff of souls, the spiritual substance, to prevail more easily. Thus intelligent life in the higher densities find they are more aware of their souls, and less influenced by the physical body they are incarnating.

ZetaTalk for Change in Density

The coming shift - It is known that the earth will experience extreme changes. I have also heard that this will be a shift in consciousness, a change to a higher dimension for humans. Is this true? If so, do we also need to prepare for this change as well? Is DNA Activation part of this preparation?

The Transformation to a higher dimension is something we within ZetaTalk have described as a change in Density as the vibrational rate of atoms increases in speed, lightening the density of physical matter. Humans will not likely notice the difference while experiencing this shift in vibrational frequency, except that they may find it easier to be spiritual, to have soul to soul conversations and feel the predominating input from the soul as more pronounced than the sensations from the physical body. We have described this shift in 3rd density to 4th density as occurring approximately 100 years after the pole shift, as the prevailing spiritual orientation of the incarnated souls on Earth needs to be highly Service-to-Other at the time of the density shift. As each human is allowed to live out their life span, and as there is a mix of undecided and Service-to-Self on Earth, this does not occur until the majority of the survivors have died.