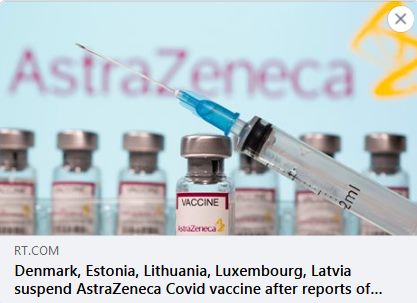 "With this executive order, we are ensuring that all businesses and families in Texas have the freedom to determine their own destiny."

Texas Governor Greg Abbott has lifted many of the Covid-19 restrictions in his state, permitting businesses to operate at 100-percent capacity starting March 10 and repealing the requirement for people to wear face coverings.

Abbott delivered the “exciting news” during a speech to the Lubbock Chamber of Commerce on Tuesday, informing the assembled small business and community leaders that the mask mandate – in place since July – was no more.

“We must now do more to restore livelihoods and normalcy for Texans by opening Texas 100 percent,” Abbott said in a statement on Tuesday – Texas' Independence Day. “Make no mistake, Covid-19 has not disappeared, but it is clear from the recoveries, vaccinations, reduced hospitalizations, and safe practices that Texans are using that state mandates are no longer needed.” 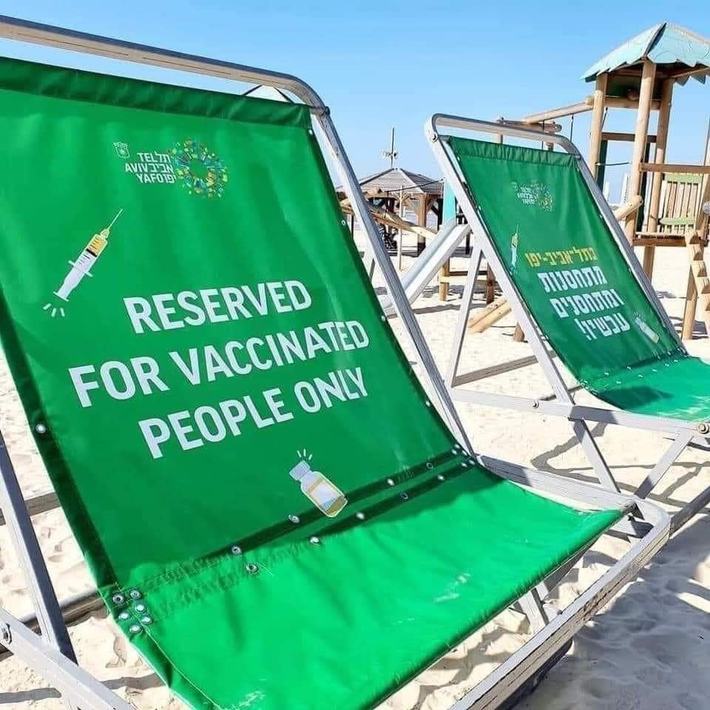 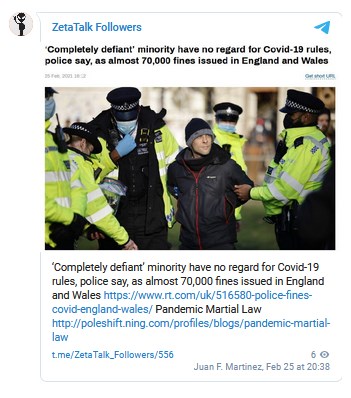 Deputy mayor wants Paris back under 3-week lockdown, despite opposition

25 Feb, 2021 21:18 / Updated 3 hours ago — Paris Deputy Mayor Emmanuel Grégoire has said that his administration will likely place the French capital under a harsh three-week lockdown to curb Covid-19, and he doesn’t care what President Emmanuel Macron thinks.

A curfew is currently in place in Paris to slow the spread of Covid-19, but Grégoire said it’s “not enough to settle the curve.” Speaking to France Info on Thursday, Grégoire said that his administration will propose a total lockdown of the capital next week. Mayor Anne Hidalgo will issue the proposal.

“We must now make courageous decisions,” he said, adding that a lockdown “is the only solution.” 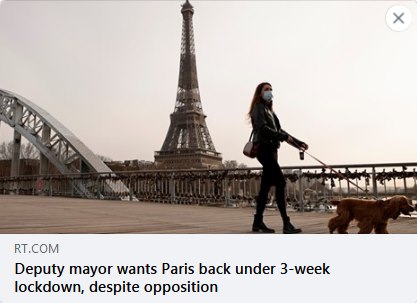 There are signs around the world that the pushback over the lock downs is beginning to fester. 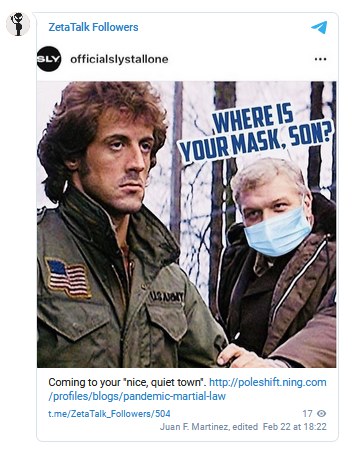 Pandemic will be with us until EVERYONE on earth given Covid-19 vaccine, says Merkel after G7 summit

The coronavirus pandemic can only be considered beaten once everyone in the world has been immunized against Covid-19, Germany's Chancellor Angela Merkel said, after she'd met with the G7 leaders at a virtual summit on Friday.

Speaking to reporters, Merkel said she had stressed in her remarks to the group that the "pandemic is not over until all people in the world have been vaccinated," adding: "Everyone must participate." Who is really in control as we head towards the Pole Shift? 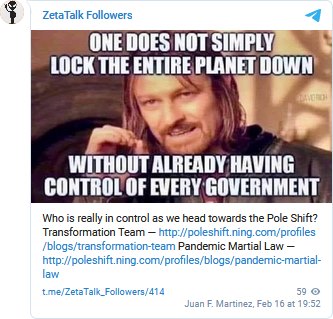 "The curfew is a far-reaching violation of the right to freedom of movement and privacy and (indirectly) limits, among other things, the right to freedom of assembly and demonstration."
The Dutch government has been told by the court to reverse its coronavirus pandemic curfew after The Hague ruled there was no legal basis for it and called it an infringement on people’s rights.
In a statement, The Hague declared that the government's use of the Extraordinary Powers of Civil Authority Act – an emergency act which allows the state to bypass the legislative process to impose a curfew in “very urgent and exceptional circumstance” – was not justified in this case during the Covid-19 crisis.

“The Preliminary Relief Judge ruled that the introduction of the curfew did not involve the special urgency required to be able to make use of the [act],” the Hague continued, noting that the government had had time to discuss such a curfew beforehand, before ruling that “the use of this law to impose curfew is not legitimate.”

The country’s Justice Ministry says it is now studying the ruling.
After the Dutch government imposed the curfew on January 23, citizens were legally required to stay home between the hours of 9pm and 4:30am unless they had a valid excuse, and they were warned that they could face fines if they refused to do so.

Valid excuses to go outside during the curfew included emergencies, essential work, to seek medical assistance, and to walk a dog on a lead.

The Hague's decision was made after a group known as the Virus Truth Foundation filed a lawsuit arguing that the curfew was an infringement on human rights and the Dutch constitution.
The Netherlands experienced several nights of rioting over the curfew, which resulted in burnt cars, looted business, clashes with police, and hundreds of arrests. 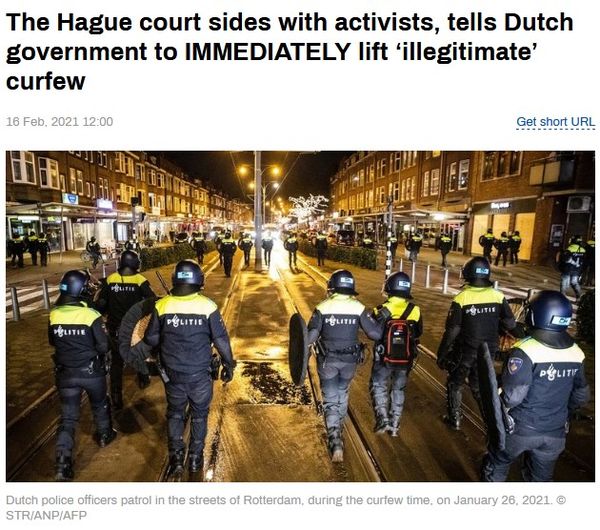 FLORIDA — The Scamdemic is beginning to fall apart.
Video taken at a grocery store in Naples shows nearly every employee and customer inside without a mask. The owner says he thinks the pandemic is a hoax: "I know that the virus has not killed 400,000 people in this country. That’s total hogwash." 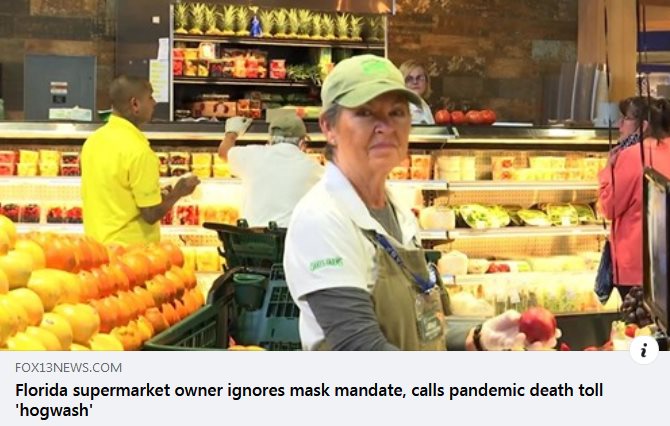