China News reports an Ice Circle. Would the Zetas explain its meaning, and why the switchover to ice from crops? Does this also imply crop shortages? [and from another] / Hu Guilong Figure / Hengxiu Mai Tian Quan? posts us news of this very exciting ice circle in Qinghai, China. Great aerial photos from: chinanews.com [and from another] https://www.chinanews.com/tp/hd2011/2019/04-12/877218.shtml The mysterious figure of Qinghai Lake is not known. On April 12th, a giant mysterious figure appeared on the ice on the south side of Haitai, Qinghai Lake Erlang Sword Festival. According to the photographer, Qing Xiu, Qinghai Lake Tourism Group Co., Ltd., the deputy general Heng Xiu introduced the picture that was taken at 11 o'clock on the same day, the area is more than 100 square meters, the specific reasons for the Circle are unknown. 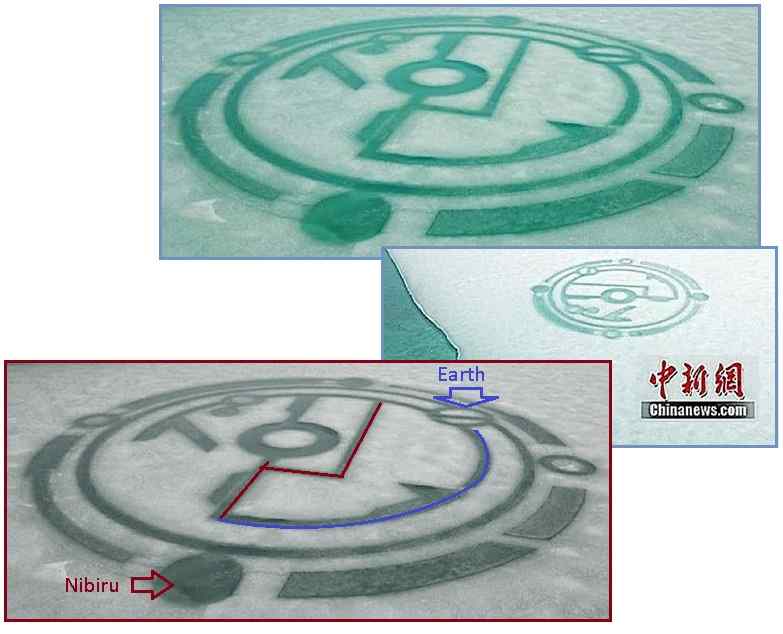 Adapting to the erratic seasons, which will be as likely to present snow and ice as grasslands and crops, the circle makers have increasingly presented their designs on ice or snow, as happened in the UK this past February. This China Ice Circle is depicting Earth’s halted orbit, pushed back 5 months from December, 2003 when it encountered Nibiru in its path. As the Last Weeks approach, Venus and the Dark Twin will escape the cup. This Ice Circle shows the past, current, and future status of these planets, but unquestionably shows the blocked orbit of Earth. 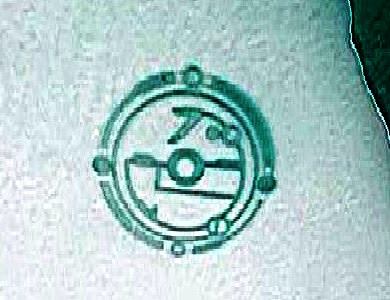