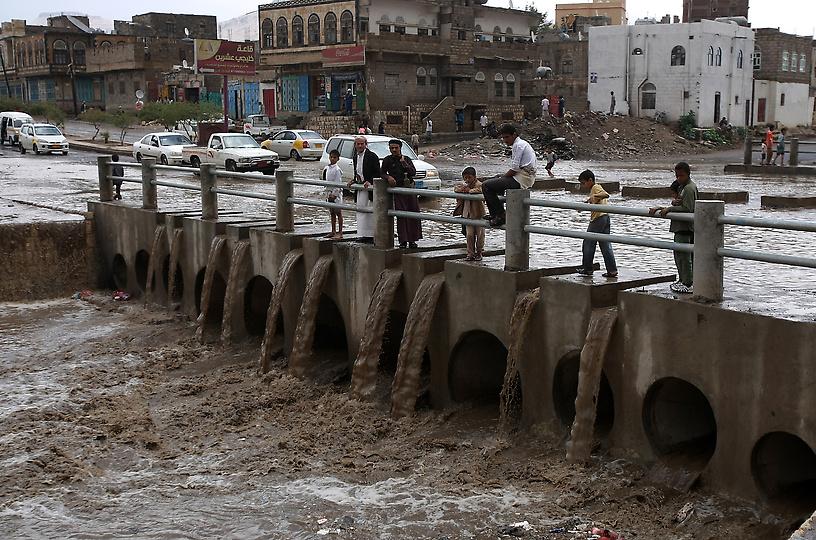 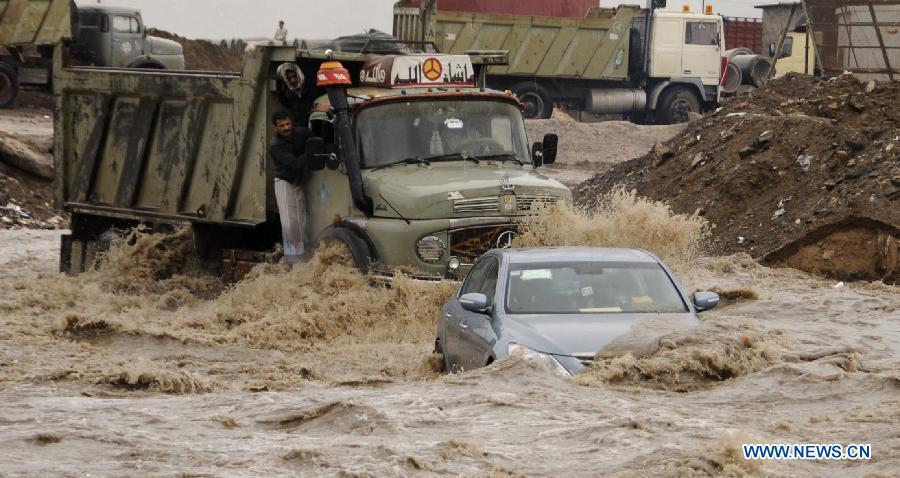 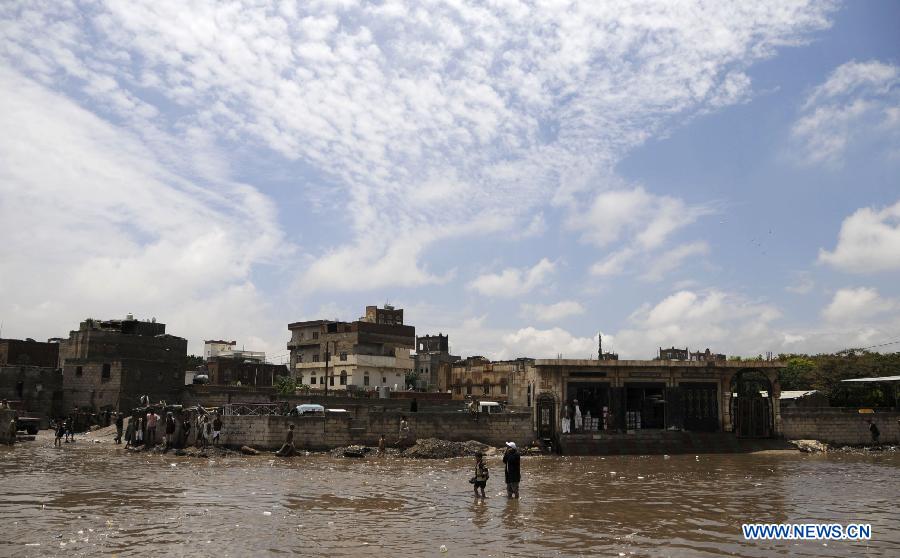 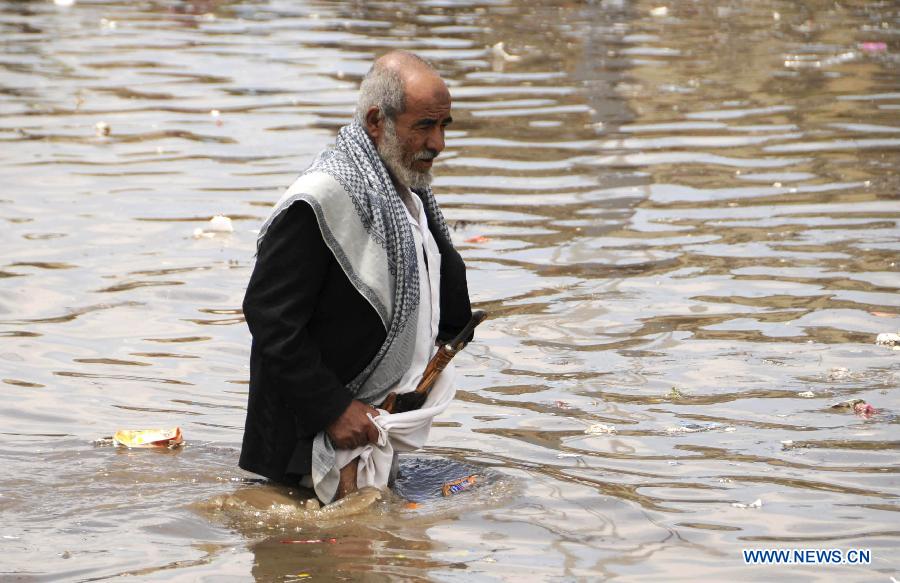 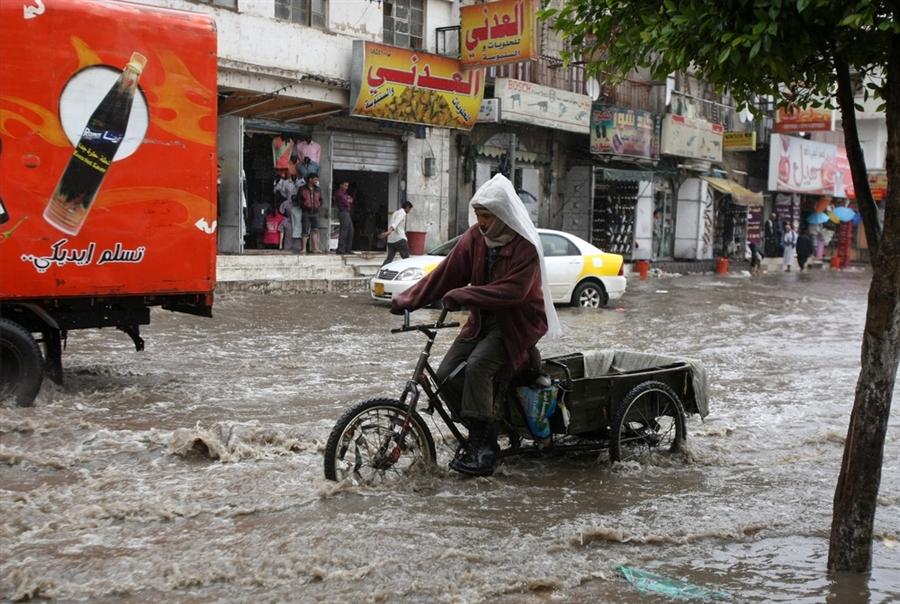 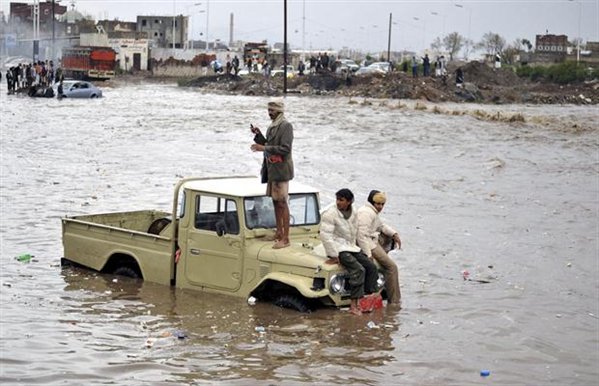 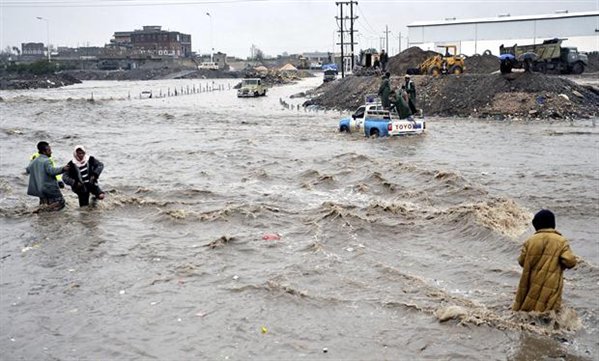 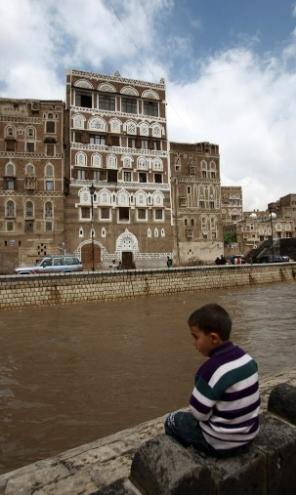 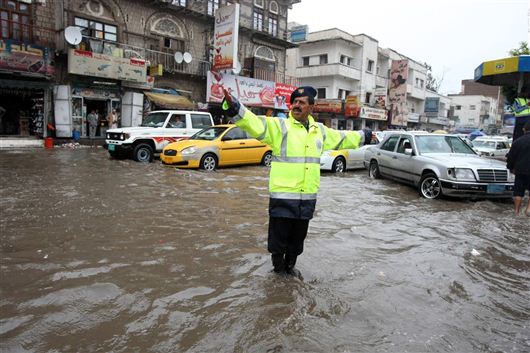 Heavy rainfall has hit Yemen for a second day, with public offices and communications paralyzed, especially in the capital Sanaa, which has been in darkness over the past 24 hours.

State and private employees could not go to work because transportation means were largely affected by the rainfall.

In Sanaa, many streets have been empty from cars and people and in others traffic jams have been reported. Some roads were also affected.

Several provinces have seen heavy rain and there are forecasts by the authorities the country will see more rain, mainly in mountainous cities.

Meantime, the National Center for Metrology has warned the citizens to take precautions to avoid thunderstorms, surprising torrents and rockslides, especially in the mountainous areas.

Forecasts manager at the center, Rashid al-Ariki, said the country will see more rain in the coming 24 hours. He pointed out that Sanaa, Amran,Saada, Taiz, Ibb and Dhale were among the cities hit by heavy rainfalls.

In Sanaa, the rainfall was as high as 23 millimeters. But the highest record was registered in Ibb, about 35 millimeters, and Makha came second, about 24 millimeters.

Also, rain has hit the capital while thousands of protesters are still inside their tents outside Sanaa University.

The protesters took to the streets and pitched their tents outside Sanaa University early last year to demand reforms and they have been there for more than a year.

"Many tents were destroyed with equipment inside after rain filled them forcing protesters to stay sleepless and others searching for other ways to cope with the situation," a protester said.

There were also deaths, mainly in the eastern provinces of Hadramout and Mahra, which experienced disasters because of heavy rain.
http://yemenpost.net/Detail123456789.aspx?ID=3&SubID=5064