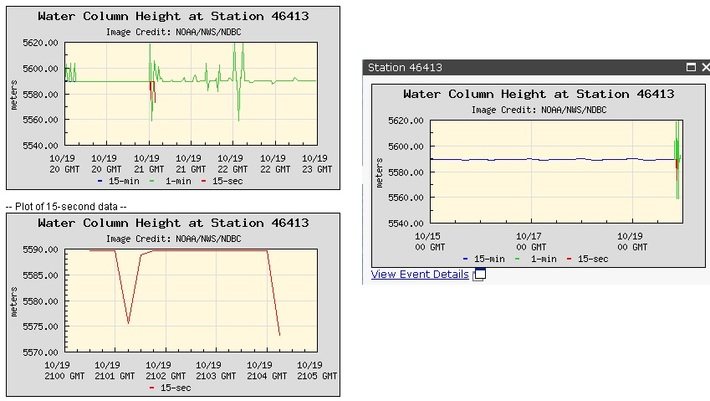 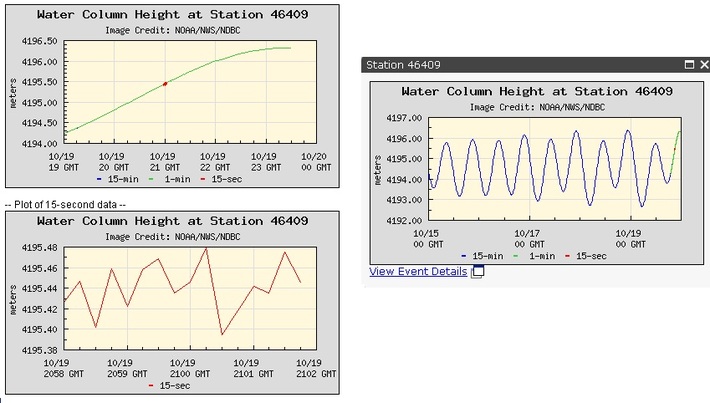 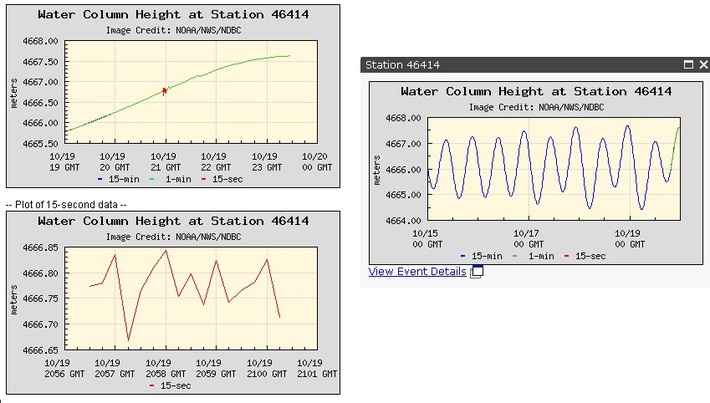 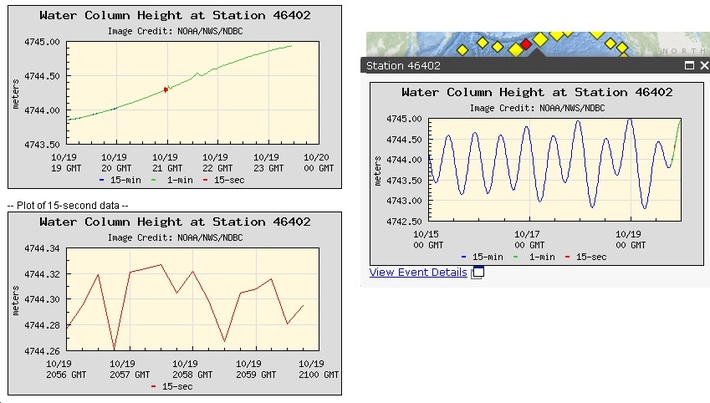 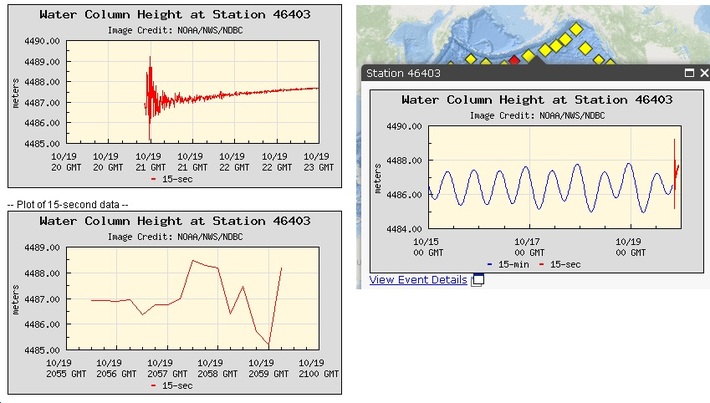 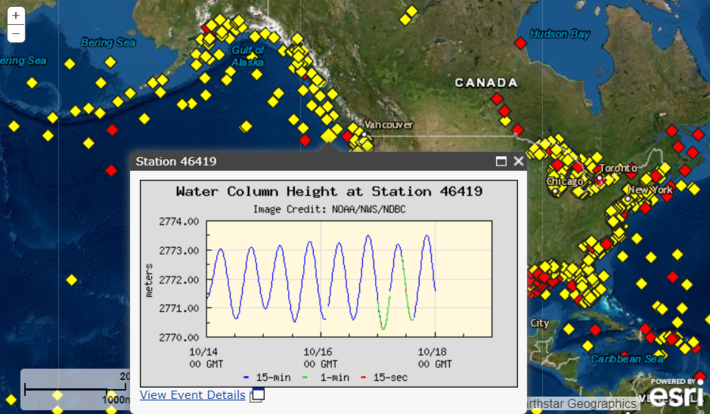 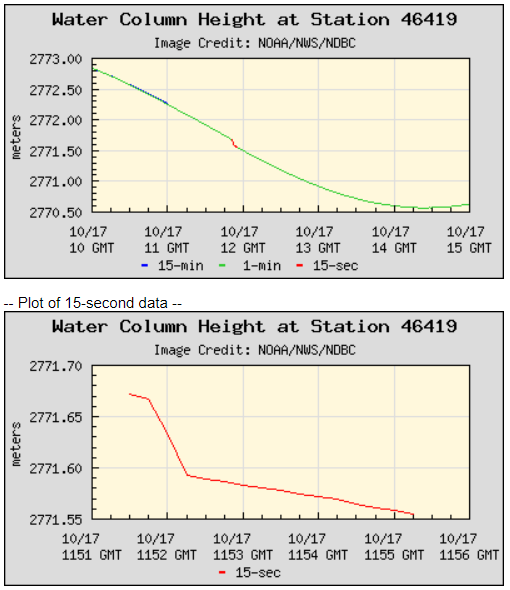 "The tsunami buoys administered by NOAA have often been turned off in active locations over the past few years. The cover-up over the accuracy of the ZetaTalk predictions even resulted in a buoy maintenance man being murdered in 2012 when he tried to reactivate a buoy in Indonesia. The Indonesia government preferred that their public think the coastal flooding was due to rain, not incursions from the sea due to the sinking that we, the Zetas, had predicted. Now, on the cusp of the New Madrid adjustment, the entire Eastern Seaboard of the US and the European coastline are being blinded. Why?

"Where the publication of buoy data is managed by NOAA, the buoys themselves are private, owned by corporations. NDBC is the primary consortium, managing the buoy data collected from 167 different corporate sources at present. When NDBC decides to go black, the entire N American continent, both East and West coastlines, are blinded. ZetaTalk is on record warning the public that when the New Madrid adjustment occurs, massive tsunami waves up to 200-300 foot high will roar toward Europe and a backwash up to 50 foot high will wash against the East Coast of the US.

"NOAA recently tested their East Coast tsunami alert system, showing they anticipate having to use this in the immediate future. But the wealthy elite who control corporate matters have another opinion. They want the public dumb and calm and ignorant. In their view it is better to have the public continue shopping and paying their mortgages on their coastal homes and businesses and vacationing on the coastlines than safe from harm. The outcome of this current attempt to blind the public is uncertain, as man has free will and many agendas are at play." After some Quakes @ Chile: 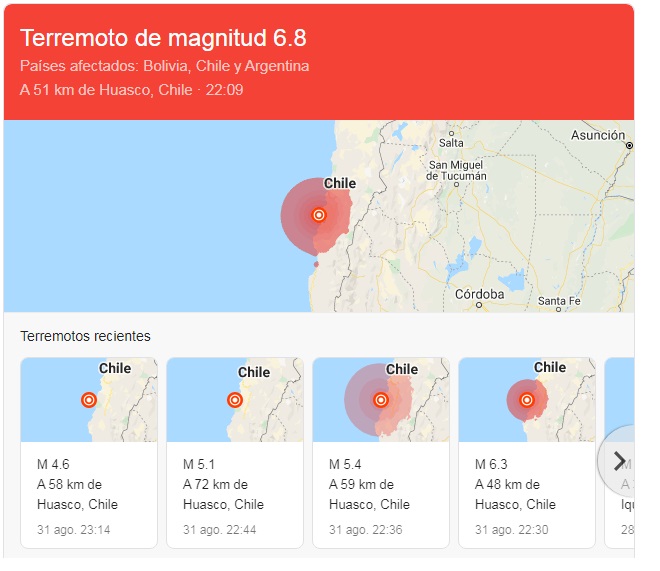 there was 1 buoy in event mode: 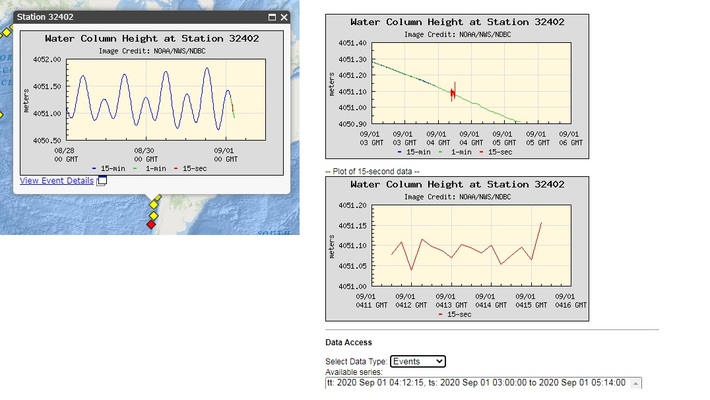 One Buoy in event mode: 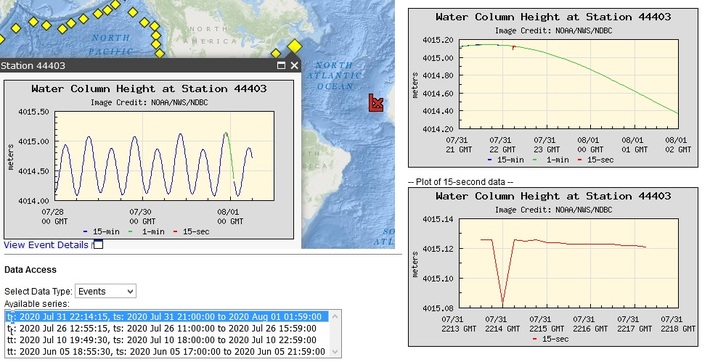 Indeed, it was the Alaska Mag 7.8+  Quake plus Tsunami Alert: 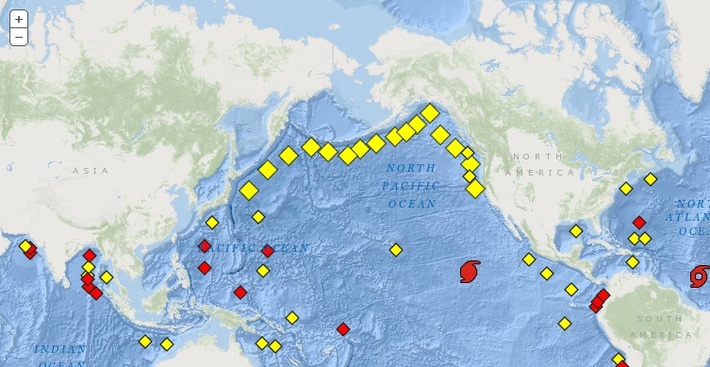 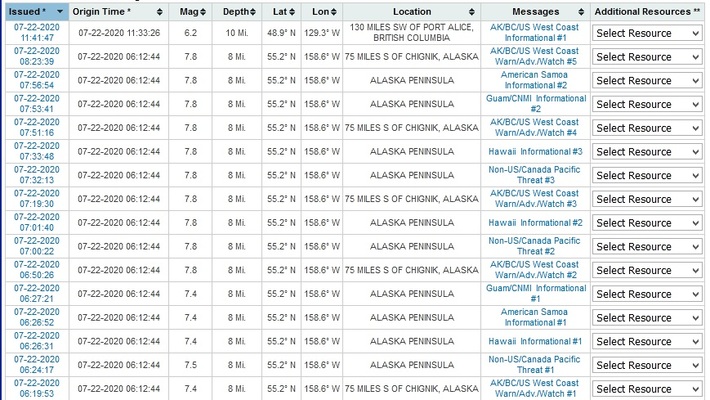 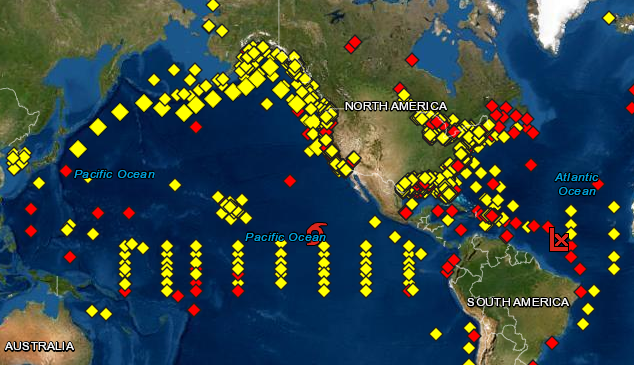 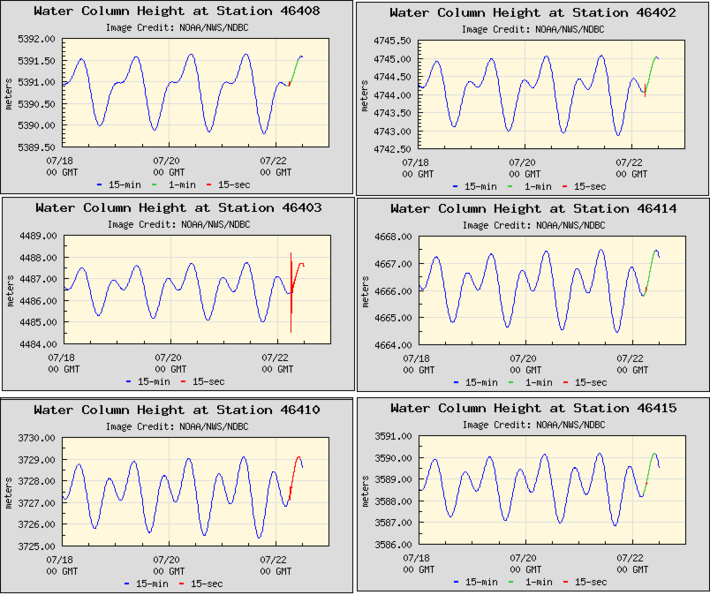 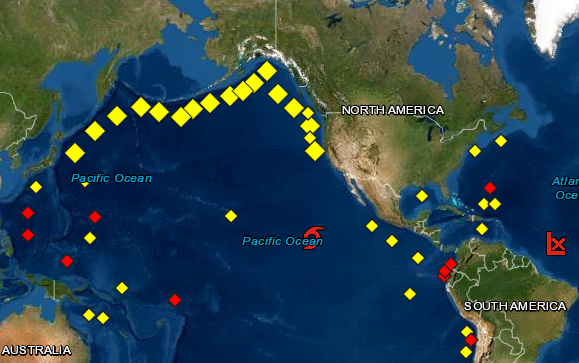 Buoys turned off again this morning.

For validity of the time and date. 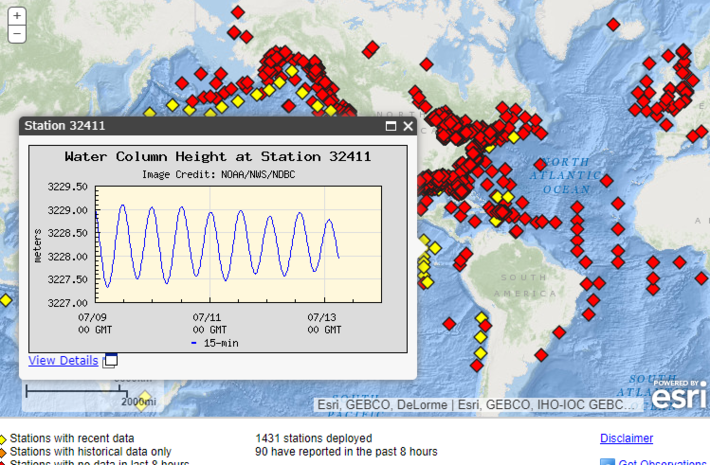 These images below are 7 of 9 management/owners listed in the filter toggle (top left) showing the different managed Buoys. These images taken during the time of the Buoy blackout listed above.. 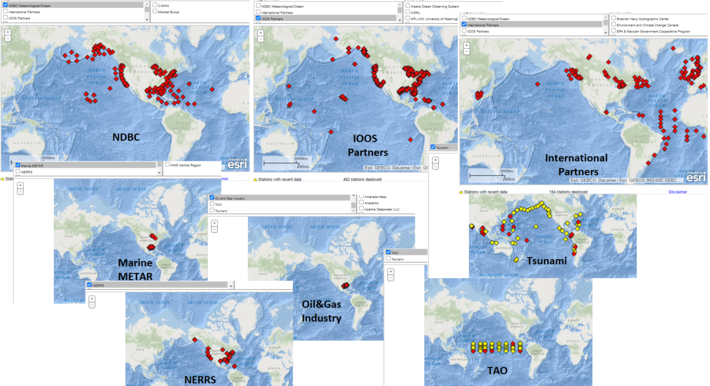 Buoy 32413 shows suspicius 12h on and off cycle: then 12h normal cycle  to try to hide the Daily Earth Wobble : 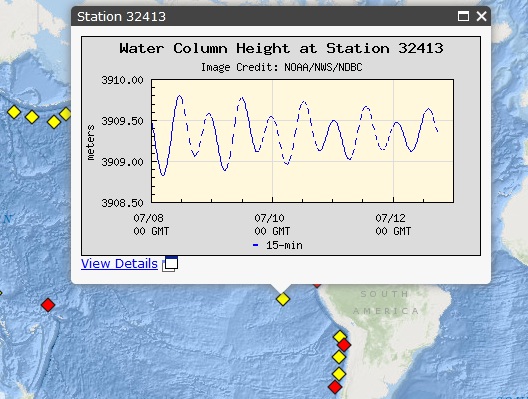