Tornadoes In Indonesia Have Increased By 28 Times Since 2002 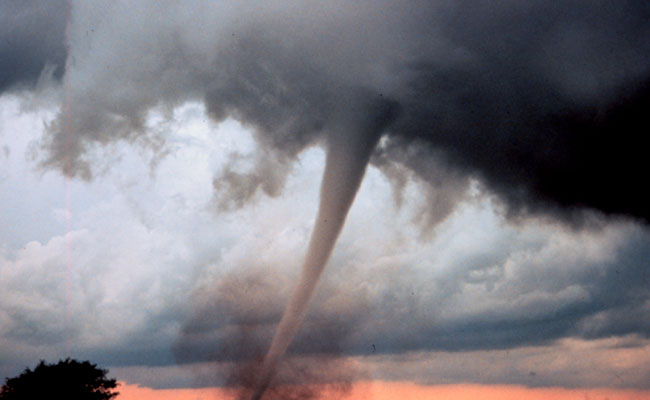 Tornado occurrence in Indonesia increased 28-fold in the last 10 years and occupies 14 percent of the total incidence of natural disasters.

Head of Information, Public Relations and National Disaster Data Badang (BNPB) Sutopo Purwo Nugroho, in Jakarta, Sunday (09/12/2012), said all the events from 2002 to 2011 there has been a whirlwind 1564, or 14 percent of total disasters in Indonesia.

From January to November 2012, tornado occurred as many as 223 times. A total of 33 people died, 294 were injured, and one person missing.

Tornado disaster has an impact on the 41,675 people in Indonesia, the 2122 population was displaced. A total of 5083 houses were severely damaged and 1506 houses were slightly damaged.

According to Sutopo, before the 1990's, we rarely experience the whirlwind. In that period, the incidence of hurricanes is only known in a few areas that are typical in the area, such as wind gending in East Java, North Sumatra Bohorok wind, and wind beetles in West Java.

"But now the whirlwind reach areas that previously did not know. Shaped like a tornado also (for land) and cyclone (to the sea)," he said.

Another Bencan struck three districts, namely Kalasan, Ngemplak and Depok. A total of 18 people were injured dam 604 homes with minor damage, 302 were damaged, and 145 were heavily damaged.

More than a dozen people have been injured and hundreds of houses left damaged after a tornado swept through the Yogyakarta district of Sleman on Friday.

The National Disaster Mitigation Agency (BNPB) spokesman said on Saturday that the tornado — which had a radius of two kilometers at a speed of 60 kilometers per hour — lasted for 10 minutes and hit 10 villages in Sleman, with the Bromonila village in the subdistrict of Purwomartani reporting the most damages.

“Two people were seriously injured and have to undergo treatment now, and 12 others were lightly wounded,” BNPB spokesman Sutopo Purwo said in a statement published at bnpb.go.id.

Sutopo said 519 houses in total were damaged and dozens of cattle sheds and hundreds of trees also reportedly collapsed.

The district head of Sleman has declared the area an emergency situation until Dec. 11.

“The Sleman office of the BPNB has established an emergency station and a [makeshift] kitchen in Bromonila village,” said Sutopo, adding that people displaced from their houses had been evacuated to safe places.

The tornado also disrupted some flights to and from the Adisucipto International Airport in Yogyakarta. A Merpati Airlines plane from Bandung was forced to reroute to Surabaya and a Garuda Indonesia flight from Jakarta was forced to turn back.