spoils of 200 tons of fish in the Rosetta branch of the Egyptian Nile .. The Commission of Inquiry: temperature cause 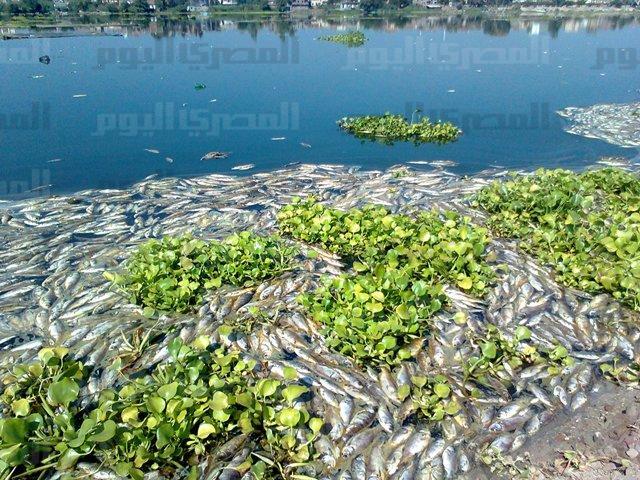 The initial report showed the Commission and the Ministry of Health to investigate the deaths of more than 200 tons of fish, which are reared in cages in front of the village of «Srenbaa», that the high temperature, lack of oxygen were behind the death of fish.

The «grace of God», told «Egyptian today», that «the Department of Health has to take samples of dead fish and water samples in the region, the joint lab for analysis in the city of Damanhur, and send samples to the central laboratories of the Ministry in Cairo».

He stressed that «what now occupies the Directorate is to tighten control over markets, to ensure that any leakage of large quantities of dead fish to it». For its part, said Eng. Bashayer Okasha, President of the local unit of the center of Mahmudiya, told «Egyptian today», he is now under way to save and raise fish in cages of live fish, adding that the report proved that the initial mortality due to high temperature, lack of oxygen.

For his part, Engineer assigned to a selected Hamalawy, Governor of the lake, police bodies of water and the protection of the Nile to lift cages in the Nile, and extract the dead fish, in preparation for her execution....

The centers of Mahmudiya and Rahmaniya and Rashid district of the lake, have seen, Saturday, the emergence of huge quantities of dead fish, estimated at 200 tons, on the surface of the water branch of the Nile Rashid, which led to the prevalence of a state of anxiety and fear among the public of the possibility of water contamination with toxic substances.

The parents were surprised by the existence of huge quantities of dead fish on the surface of water, while the number of people forced to buy mineral water, because of fears of water contamination with toxic substances, having access to potable domestic water smell foul.

Hamalawy and decided to form a committee composed of the Department of Health and veterinary medicine and the protection of the Nile and the water bodies for fish sampling and analysis, to determine the main causes of the deaths.