The leafy village of New Ollerton in Nottinghamshire, is probably as average as any other rural village in England, surrounded in the main by farmer’s fields and only a stone’s throw from Sherwood Forest, but recently this small parish has hit the news as being the 'most seismically active town in the British Isles'.

Since mid-December, the British Geological Survey has recorded more than 35 earthquakes around New Ollerton (the average total for the UK in one year being 200-300) and that number is still rising.  Despite the small magnitude of the quakes, the BGS reports that many of them have been felt by residents;  this in a country where only 20-30 earthquakes are felt by people in total each year. One resident described the earthquakes as: 'like living above a monster'

James Lawson said it sounded like "something was trying to get through".

Mr Lawson, who lives in New Ollerton, said: "It's rather surreal and my son likens it to the monster under the house because it sounds like something is trying to get through.

"There's an almighty boom followed by extra after-booms. Sometimes, the car alarm might go off in the garage. Pots might fall off the side in the kitchen.

"At first it was a little scary, you fear for your house and property, but we've learned to live with it. It's more a curiosity than a nuisance."

Also reported in January was a larger 2.9 magnitude earthquake in nearby Loughborough, which lasted for 20 seconds but was felt in New Ollerton, 30 miles away.

The BGS goes to some length to downplay the significance of this unusual activity and trots out the usual excuse of being caused by mining in the area, as usual with no corroborating evidence to back up the claim.

Their claim loses further credibility when you consider that New Ollerton is only a few miles away from one of the three remaining deep pit mines in the UK - the Thoresby Colliery.  There have been no reports of any problems there and surely if mining in the area was causing so many earthquakes, they would shut down the nearby pit to ensure worker safety! 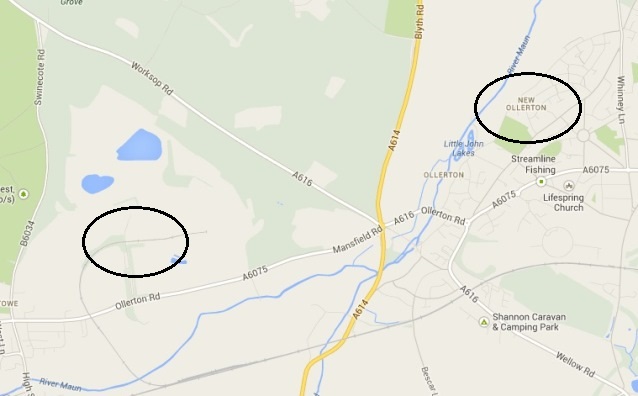 New Ollerton is only 2 miles away from the Thoresby Colliery

The UK experiences approximately 100 earthquakes each year of magnitude 1.5 or above.  When the threshold is lowered, approximately 200-300 seismic events are recorded each year, but are not considered earthquakes, strictly speaking, as with all measurements that small taken by the seismic recorders, events other than earthquakes can register a reading.