EQ visual for the region between 20 May - 30 May. (Since 6M EQ hit country on 20th May). For browsing the map and view eq data, see interactive map here; https://www.google.com/fusiontables/embedviz?viz=MAP&q=select+c...

A strong and unusually shallow earthquake struck northern Italy over the weekend, fracturing pavement, sending torrents of brick and rubble raining down from buildings, and killing seven people. The powerful shaking was a first for the region in centuries — and fairly surprising to seismologists.

"It's been shaking nonstop for the past week," journalist Andrea Vogt described to CNN.

"This is another earthquake, it is not an aftershock," said Franco Gabrielli, the head of Italy's Civil Protection Department. 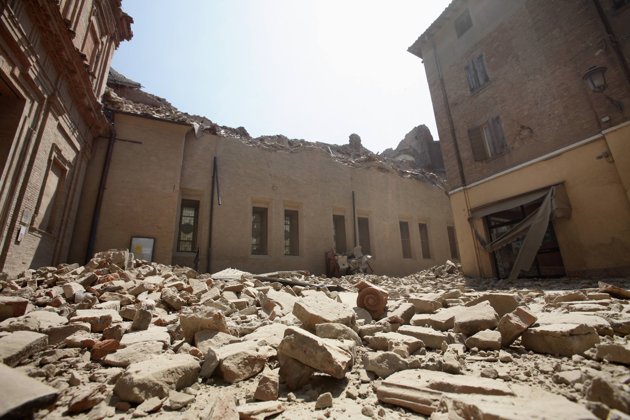 A 5.8-magnitude earthquake struck northern Italy on Tuesday, just over a week after the same region was shaken by a 6.0-magnitude quake.

Residents were still trying to recover from the larger May 20 tremor which had forced more than 7,000 people to leave their homes and sleep in tent camps. Seven people were killed.

According to a spokeswoman for the prefecture in Ferrara province, residents are terrified and the number of displaced people is increasing, as reported by CNN. The region is requesting urgent help and supplies.

Rescue workers combing through the rubble of Italy's latest deadly quake say they have found the bodies of two workers in a collapsed factory, raising the death toll to at least 17.
The rescuers in the northern town of Mendolla told an Associated Press photographer on the scene that the two lifeless bodies have not been removed yet.

Earlier Tuesday, the body of another worker was found in the factory's wreckage and rescuers are still searching for a missing person.

Some 200 people were injured and thousands left homeless in Italy's second fatal quake in nine days in the agricultural and industrial area north of Bologna.

The new deadly earthquake has destroyed most of the historic buildings which had already been partially damaged in the May 20th tremors. 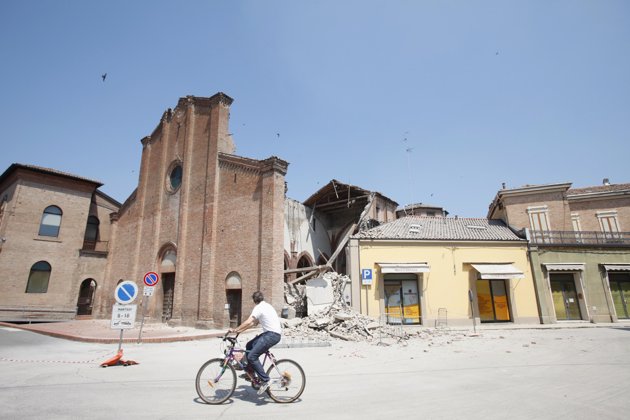 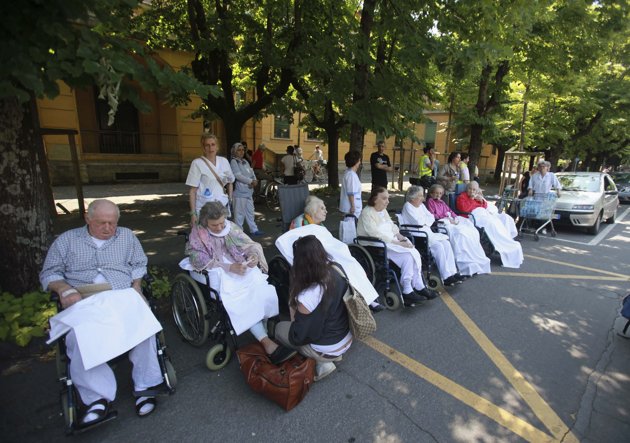 There is a plate border running down the center of Italy, as it straddles more than one plate - the Eurasian Plate and a platelet called the Adriatic Plate which lies under the Adriatic Sea. The Adriatic Plate is actually an extension of the African Plate, pushing up like a finger between Italy and the Balkans, just as the Sunda Plate in Indonesia is actually an extension of the great Eurasian Plate, lobbing down from the Eurasian Plate like a tongue. Platelets have borders, which are sometimes called fault lines, but overall act as one with the plate they are attached to, as the underlying rock is a firm layer which will not sever, though can bend. The Adriatic finger thus MOVES whenever the African Plate moves, and the 7 of 10 African roll has set this in motion.

What does this mean for Italy, which is already experiencing unending quake swarms and increased devastation from the repeated hammering of larger quakes. We hinted in May of 2010 that the 8 of 10 scenarios would include plate movement that seemed almost continuous,

for some areas.  This warning was repeated in September of 2010

we hinted that something devastating was in store for Italy during the 8 of 10 scenarios. Italy will not find peace during the 7 of 10 plate movements, nor afterwards, because the rock finger that lies under the Adriatic Sea will move DURING THE EARTH WOBBLE on a daily basis. The land on either side of the Adriatic Sea will be alternately compressed and then pulled apart, a continuous hell for those living on these lands.

During an 8 of 10, where significant plate movement in one area does not start and stop, but just keeps going.

We have stated that the 8 of 10 will involve continuous plate movement in some locations, but declined to detail further and for good reason.

There is more in store for Italy during the 8 of 10 scenarios, but we are not yet ready to reveal these to mankind.

Many buildings were evacuated and evacuated due to danger of collapse, difficulty in acting for the police view the situation very delicate and complex in Montescaglioso. We have disclosed in the preceding articles of the collapse of the Lidl supermarket.

BEIRUT: A 6.0-magnitude earthquake was felt in parts of Lebanon Sunday afternoon, following a similar quake last month. Residents in Beirut and its suburbs reported experiencing the earthquake at around 4:30 p.m., but no damage or injuries were reported.

The Behannes Center for Seismic and Scientific Research said Sunday’s tremor originated in Greece, according to the National News Agency.

However, Agence France Presse reported that the epicenter was in southwestern Turkey, citing the Istanbul-based Kandilli Observatory.

In Turkey, at least six people were admitted to hospital following the quake, having sustained injuries after jumping from balconies or windows in a panicked state, according to AFP.

Last month a 5.5 magnitude was felt across the country, from Akkar, Tripoli and Zghorta to parts of the south and Mount Lebanon.

The May 11 quake was reported to have originated around 130 km from the Beirut coastline, between Lebanon and Cyprus.

With seismic fault lines to the north and south of the country and a high rate of urbanization, Lebanon must adopt contingency plans for earthquakes urgently, a U.N. disaster risk expert said last year.

Margareta Wahlstrom added that greater awareness is also needed as to how citizens should react follow a major earthquake.

Earthquake on Sunday Afternoon Centred in the Sea Off Oludeniz – 35...

As many readers will already be aware, today at 15.44 EEST a 6.0 earthquake, centred in the sea off Ölüdeniz a popular holiday destination for British tourists, was felt all over the region: from Bodrum to Antalya and north as far as Aydın and Denizli.

One regular reader from Ovacık, who was in his swimming pool when it happened, phoned to say:

“The water started sloshing around, the house looked as if it was trying to tie itself in knots, and behind the house huge clouds of dust were rising from the slopes of Babadağ.”

The dust clouds caused by rock falls he referred to were actually recorded on video, by someone who happened to on the paragliding launch pad when the quake hit.

"It was quite frightening to be woken whilst asleep on a sunbed on the beach at the Surf Beach Club by shaking beach and bed! We saw a heavy rockfall from the top of Babadag and watched the dust rise. There was no serious damage where we were just a few bottles and glasses fell from bar."

By the middle of the evening the casualty toll had reached 35 people, all going to Accident & Emergency with minor injuries, and the Turkish press stated they were actually all victims of panic: jumping off balconies or through windows when the first tremors were felt.

Cracks appeared in some buildings and pavements. In Ölüdeniz it is reported that a car was significantly damaged when masonary fell on to it.

There were aftershocks of diminishing strength but no-one we talked to was aware of them – no doubt still amazed by the experience of the main quake.

However, as the Mayor of Fethiye told the press, no-one was killed so we should be grateful.

After shocks continue to shake the area. 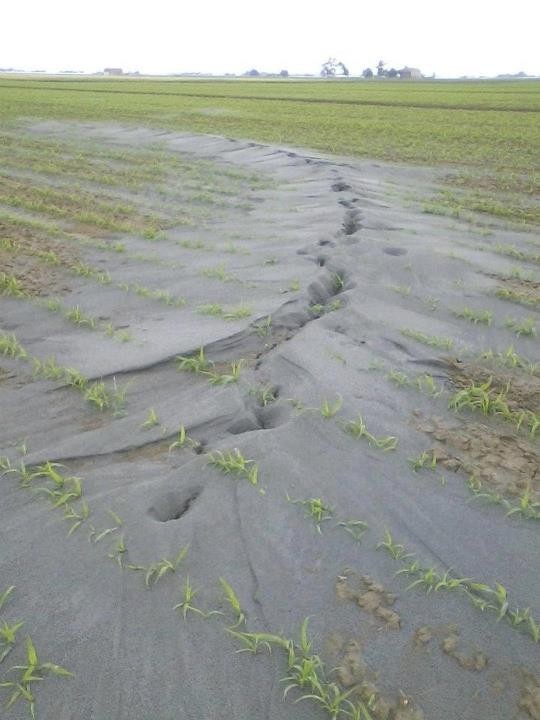 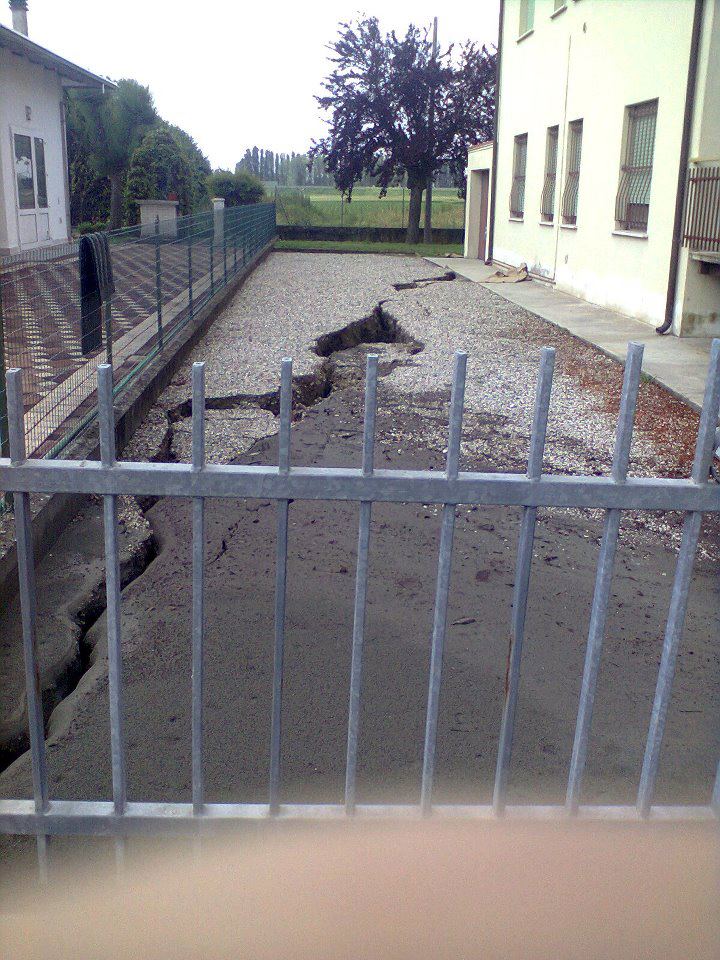 Comment by Carlos on May 30, 2012 at 7:03pm
Hi Sevan, attached these graphs, which clearly shows that significant part of Italy, belongs to the African plate. All these earthquakes are consistent with what the Zetas have been explained and informed should happen to the African plate according to the 7/10 events, if Africa is moving, can not be silent in Italy, has consequences, and has not stopped trembling there, from the first earthquake. 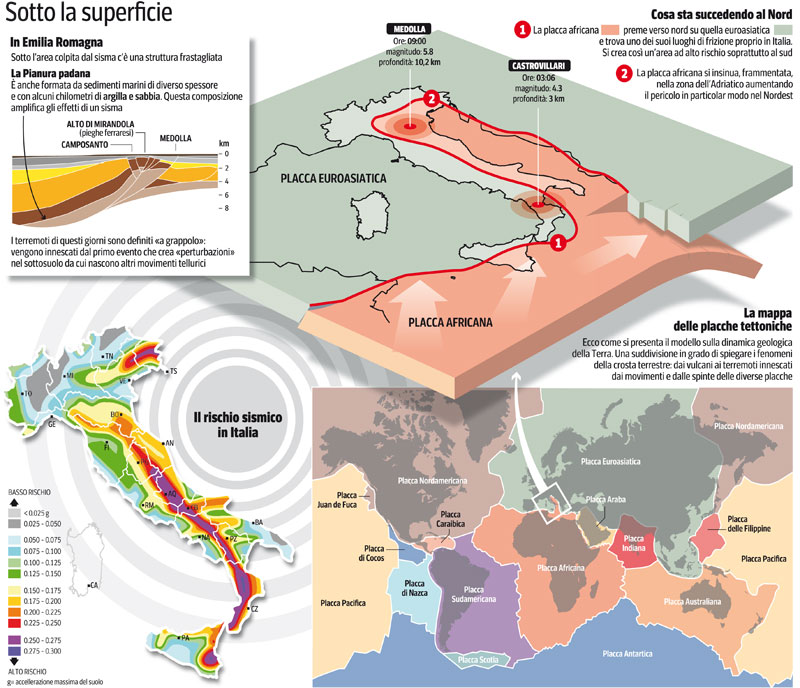 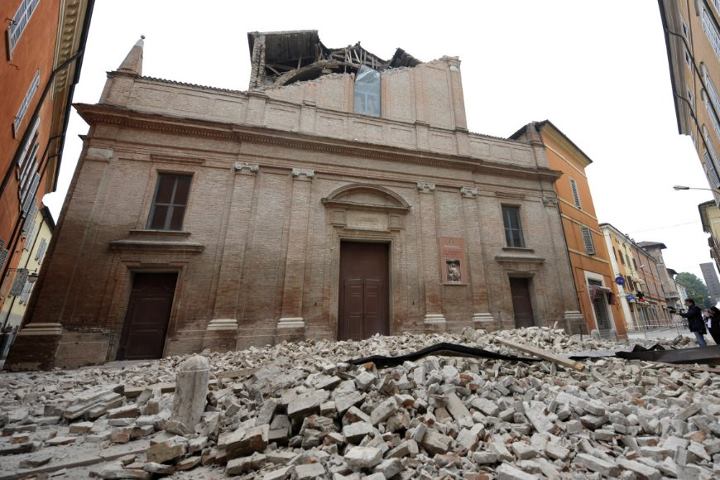