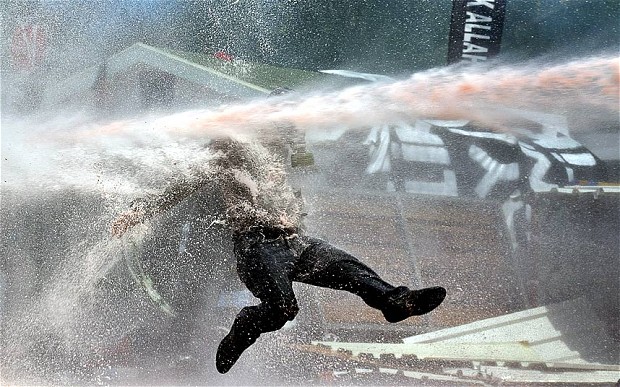 A protestor is hit by water sprayed from a water cannon during the ....

Now with David Cameron’s backing, London Mayor, Boris Johnson, has ordered 3 water cannons for the city at a cost of £218,000 despite not having permission to use them from the Home Secretary.  Five out of six largest police forces in England and Wales have rejected the idea of deploying water cannon on the streets, with one police chief dismissing them as being "as much use as a chocolate teapot" for quelling disorder,  and Germany, whom Johnson is buying the water cannon from second hand, is phasing out water cannon because of safety fears.

Unbelievably, Boris Johnson is pressing ahead with the purchase, despite previously admitting himself that the cannon "would not have made a blind bit of difference" in the London riots, or during the student protests, which peaked in 2010. 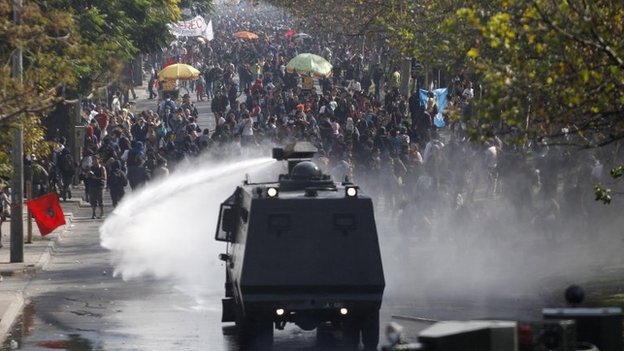 “Johnson's rationale for expediting the procurement, that London could face disorder over the summer, is exceptionally feeble even within its own logic. The Association of Chief Police Officers has stated that its intelligence does not lead it to expect serious disturbance in the near future. The London Assembly's police and crime commission finds no convincing case has been made for the purchase.”

Mr Johnson is so desperate to get backing for the move that he has agreed to be blasted by a water cannon himself to prove they are safe! 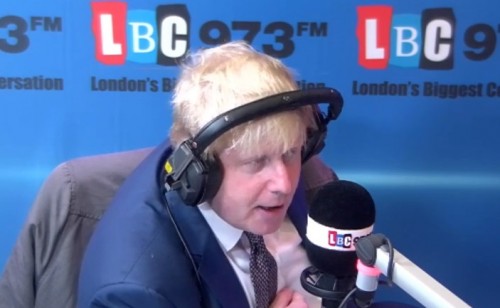 “He told LBC radio on Wednesday morning: "Man or mouse. You've challenged me, so I suppose I'm going to have to do it now."

He told presenter Nick Ferrari: "I can see all my press people pulling their hair out over this, but never mind, it's got to be done. Thanks for that one." 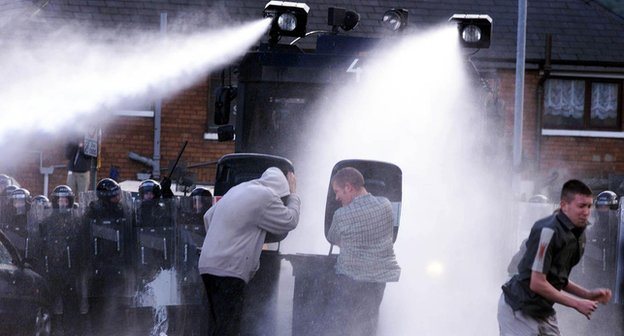 Northern Ireland is the only part of the UK where water cannon are ...

Water cannon have never been used on the British mainland, although they have been deployed in Northern Ireland. The mayor has bought the three water cannon from the German federal police.

In February a German pensioner, blinded by a police water cannon, addressed a public meeting in London.

Dietrich Wagner was left unconscious, his eyes irreparably damaged when he took the full force of a water cannon to the face during an environmental protest in Stuttgart.

He warned: "Ever since I was hit my life has drastically changed. I can’t drive, go shopping, read or do any of the things I used to do. My message is police need to be aware that they are not just a big shower, they are lethal weapons and do serious bodily harm."

His eyelids were torn by the force of the water, damaging the lenses of his eyes and fracturing his orbital bone around the eye.

Labour and the Liberal Democrats have condemned the water cannon purchase as "reckless", insisting there is not enough evidence that the tactic is effective in maintaining order.

Caroline Pidgeon, Liberal Democrat leader on the London Assembly, said: "There is no evidence to defend the provision of water cannon in London.