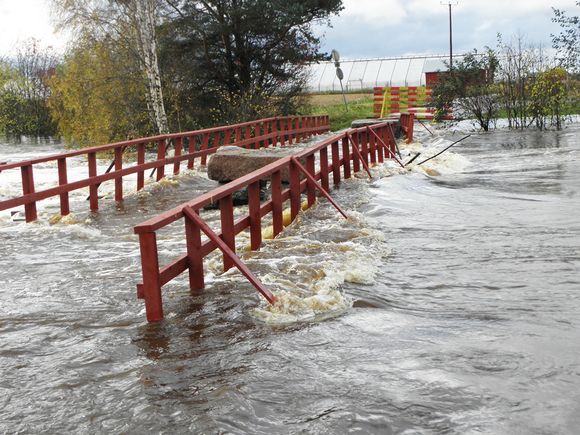 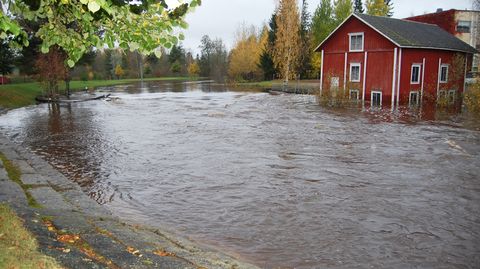 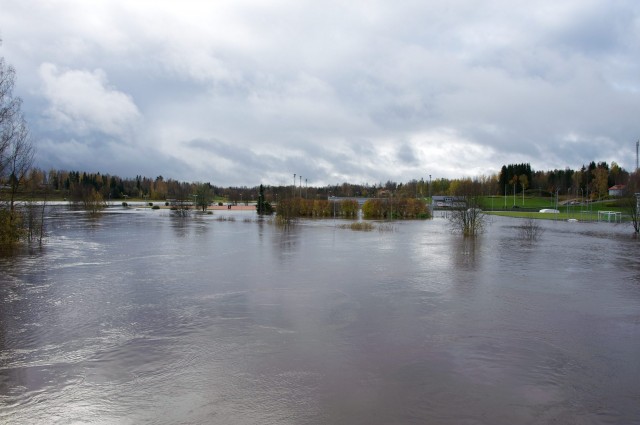 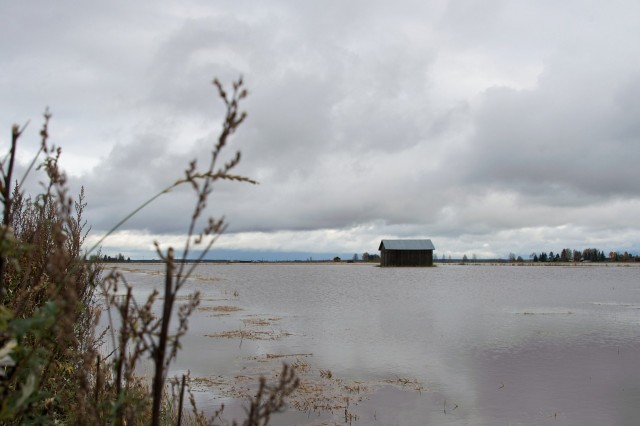 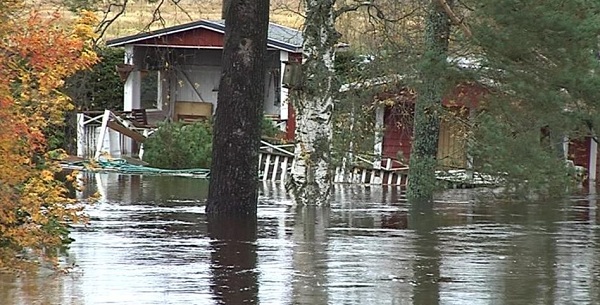 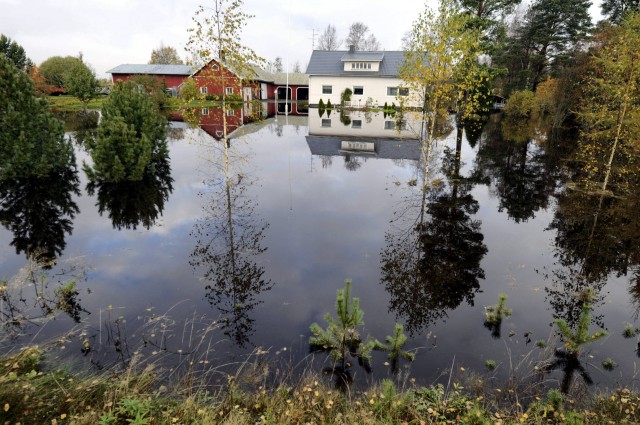 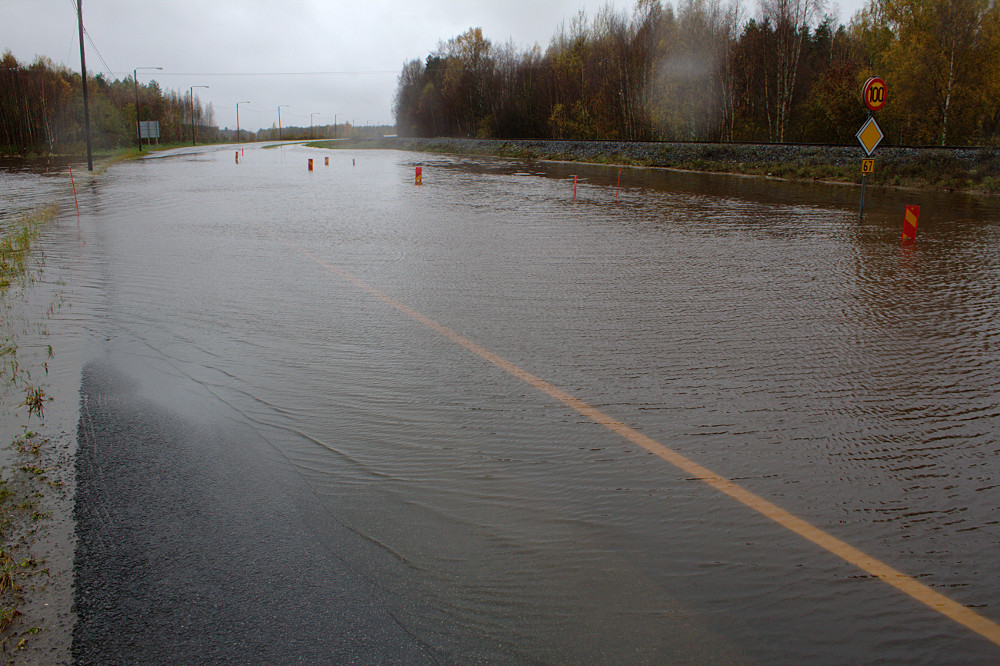 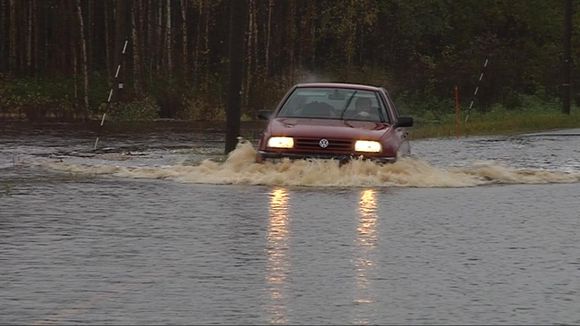 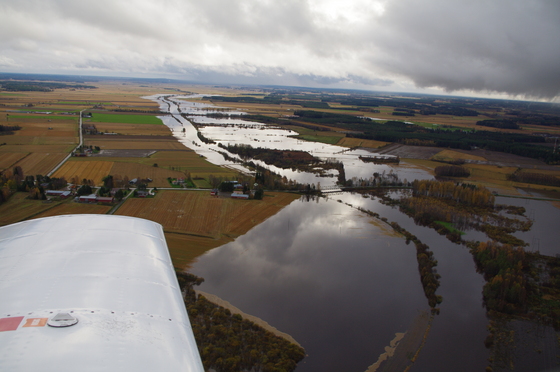 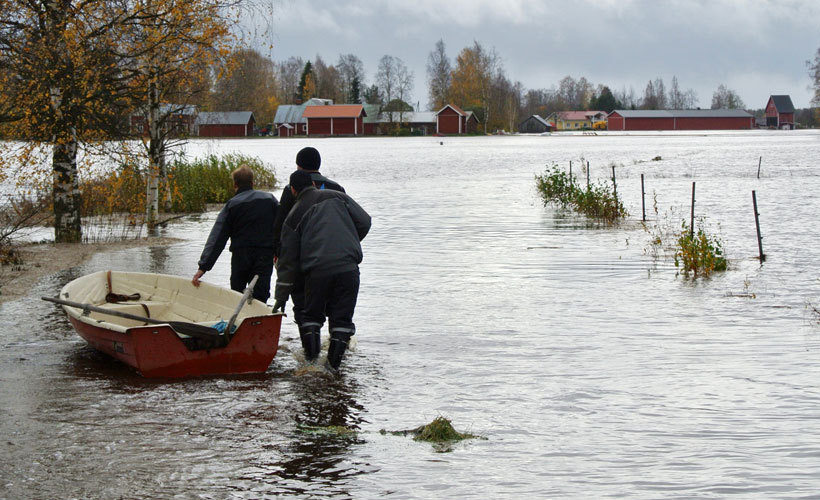 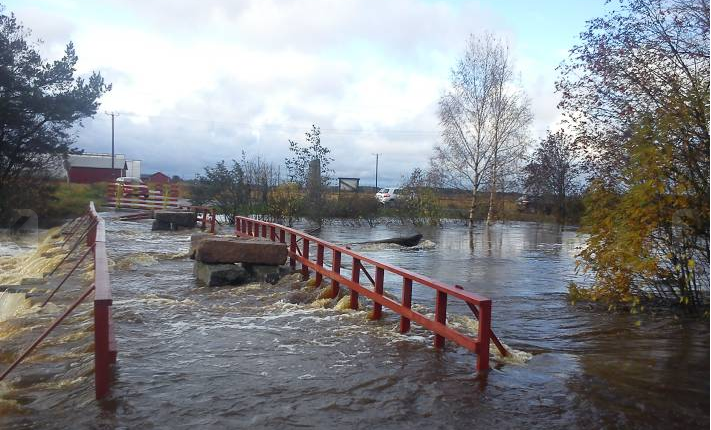 Nearly 20 people were evacuated from Jokimaa in Kauhajoki in the South Ostrobothnia region on Sunday after exceptionally heavy flooding in the area.
Even some people whose houses were not completely surrounded by water decided to leave as a precaution, after roads had been cut by the rising water.
The flooding has been exceptionally extensive, even for this relatively flat and low-lying area where rising water is a frequent occurrence. This time, some areas that are normally spared flooding have been submerged.

An unusually rainy autumn has caused water in Ostrobothnia’s rivers to rise more than usual. Tuuli Saari, a flooding expert at the South Ostrobothnia Centre for Economic Development, Transport and the Environment. Says that the amount of precipitation in just a few days is equivalent to what normally comes down in the entire month of October.
"In addition, the summer was rainy and the water is not absorbed well by the wet soil. Lakes have also been full after the summer."

The situation was described as "catastrophic" by Antti Ala-Kokko.
"People have tried to protect their houses by building embankments. Sand has been piled around them, and the rescue department has pumped water from behind the embankments", Ala-Kokko says, describing the struggles against the flood.
"The water is at a record level now. Nobody really remembers that it would ever have been this high", says Ala-Kokko, who lives a kilometre from some of the worst-flooded areas.

In some of the houses that were evacuated, the water had risen to a level as high as 60 centimetres. People who left their homes were provided with temporary shelter in hotels in Kauhajoki.
"There are toddlers and schoolchildren in the group. Some of the families have been taken in by relatives", says Kari Juuttila, head of social, environmental, and health services in Kauhajoki.
The flood cut at least ten roads. In addition, 200 pigs had to be moved from a pig farm in the Jokimaa area.

Tuuli Saari says that the situation is still expected to be critical in many areas on Monday.
"The peak of the flood in Kyröjoki is likely to be either on Sunday or Monday, after which it should gradually ease. No rain is expected in the early part of the week.

The Finnish News Agency STT reports that Minister of Defence Carl Haglund (Swed. People’s Party) will be visiting the affected area today, Monday. He is scheduled to meet with local officials at Kauhajoki and Kristiinankaupunki.
Haglund says that the situation is difficult, and that the area needs all possible assistance from the state. Discussions are to be held during the meetings on what kinds of assistance the Defence Forces can provide.

Waters continued rising Friday in the lower reaches of the Oulujoki and Siikajoki rivers. Fields and roads have flooded in the region in the wake of unusually heavy rainfall.

At Mankila, along the Siikajoki river, flood waters have covered up to 3,000 hectares of farmland, while roads in the area have been blocked and livestock trapped by high waters.

Even if no more heavy rains are seen, water levels in Lake Oulujärvi are expected to remain unusually high all autumn. So far this month, 120 mm of rain has fallen in the catchment area of the Oulujoki river. That is equivalent to nearly 150% of the entire average August rainfall.

In some rivers in the region, measured flows are higher than registered during a summer in 100 years.

Regional emergency services officials believe that flood waters will start receding this weekend, but that many smaller roads will still be closed on Monday.

Helsinki. Several cities in Western Finland have found themselves in a hard situation after heavy rain caused floods, ITAR-TASS reported.
According to the Center for Environment Protection the average rainfall in this region for two months is between 110 mm and 120 mm, which caused the biggest floods in the recent years.
The basements of dozens of houses in the cities of Ilmajoki, Kauhajoki, Lappajärvi and others in the province of Southern Ostrobothnia have been flooded. A motorway section running along Finland’s western coastline might be flooded. Dozens of roads have been closed and about 20 buildings isolated. All rivers in the region have record high water levels. Northern village cut off by flooding in Sweden 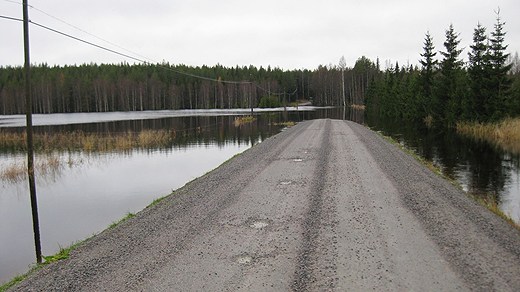 09.10.12. The village of Gagsmark, outside Skellefteå in northern Sweden, is cut off from the world following floods caused by heavy rain.

Other areas in the province of Västerbotten are reporting major flooding problems.

The speed limit on the E4 highway in the area has been reduced to 30 kilometers an hour, and the two roads into Gagsmark are completely closed.

The water level there rose by one meter, but has reportedly now started to recede.

The traffic authorities say the flooding has reached its maximum, but they warn that roads may be undermined and eroded.