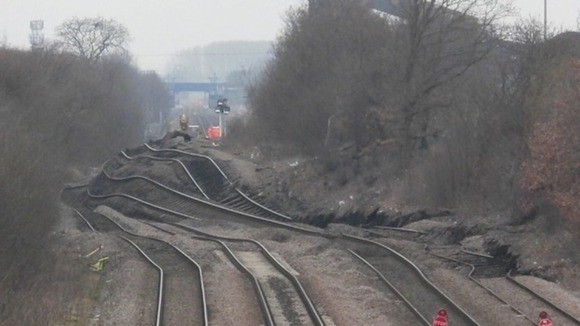 
A huge landslide between Doncaster and Northern Lincolnshire means trains will be cancelled for at least 8 weeks.

Network Rail say the landslide is still moving and the site remains dangerous.

As a result, engineers have not been allowed to start work. An initial estimate ahead of a full investigation is that the line will be shut for approximately 8 weeks from the point of when the land stops moving.

It'll mean trains run by First Transpennine Express are not able to operate between Doncaster and Scunthorpe for the foreseeable future - and there is no other rail line available.

"The ground at Stainforth, between Doncaster and Scunthorpe, remains extremely unstable and land movement continues. The site needs to be made safe before Network Rail can fully investigate the damage caused.

"This is however very significant and it is now highly unlikely that we will be able to operate a train service for at least the next 8 weeks between Doncaster and Scunthorpe. This is clearly major disruption and I want to assure passengers that we are doing everything within our power to make journeys as stress free as possible and return the line to normal service as quickly and safely as possible.

A massive landslip occurred in Stainforth, UK on February 12 and continued for days mangling rail lines and halting train service in this region for at least 2 months. The unusual upward ground movement of this landslip is being attributed by the "authorities" to the close proximity of a coal mine spoil heap, combined with a raised water table from excessive rainfall.  Given the increasing reports of shifting Earth in the UK, which is consistent with the Zetas' explanation of how this region is destabilizing due the downward pull from a widening Atlantic Rift, and how Stainforth is approximately 15 miles from the apparent terminus of the River Humber, it appears there is far more than varying compositions of soggy soil to blame. Will the Zetas please elaborate on the ground forces that actually caused the Stainforth landslip? 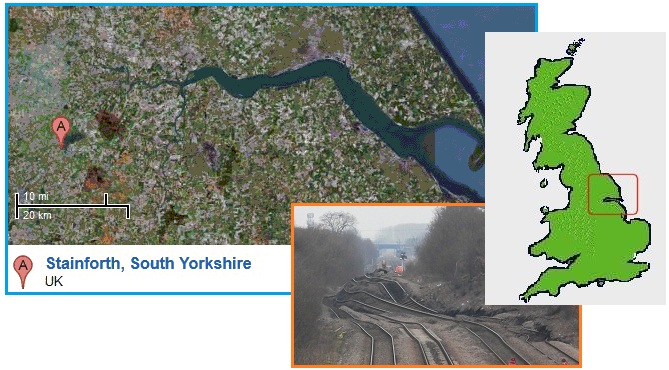 "During each Pole Shift, each passage with consequent crustal shift, the UK experiences sinking on its western side. Ireland, Scotland, Wales, and even England will experience drastic sinking during this pending passage. That this has happened in the past can be seen by looking under the waves, and seeing ocean bottom that has recently been land, below. England will not only be pulled down, on its western side, it is also obviously being torn in two at the River Humber. The establishment will come up with an excuse, as they always do, for the Earth changes in process, no matter how absurd their excuses become. The Eurasian Plate is being pulled apart, while the Atlantic is spreading apart. Rock layers get torn apart in this process, so the loose ground shifts as the base upon which it lies gives way. This process will continue and accelerate."