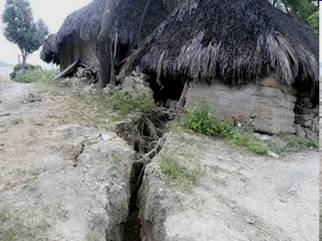 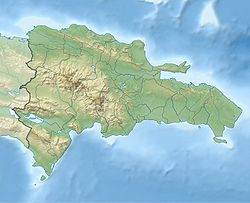 The farmer Diano Ogando said that since late last year, strangely your farm is sinking which has caused losses in planted food plot.

Tools Candido Ramirez, alias Mundito said he had a field planted in banana, banana, roller, taro and sugarcane, but many of the plants collapsed and practically had to leave the field.

He said that after the beginning of this was to his plot, however, he returned on a donkey, on a surprise the animal fell into a vacuum, and the fall, both (he and the animal) was one of his legs trapped under the animal.

He said he had to spend a lot of work to get his leg below the animal, so he asked the authorities to be Mabrígida to verify this.

They asked government authorities to investigate what is happening on their properties located in the community Mabrígida, said some farmers are reluctant to go to their farms for fear that it swallows the earth by agricultural plantations that remain.