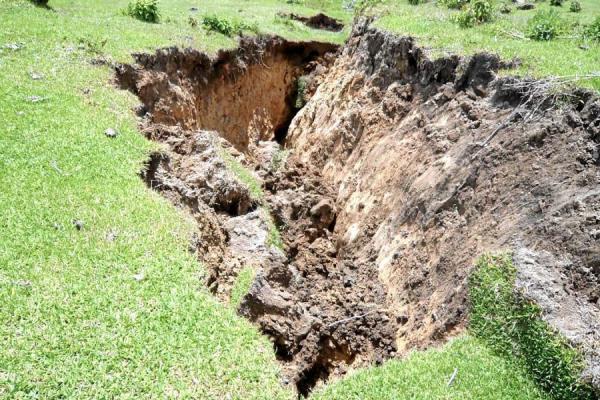 Nervousness among residents felt all week, because mountain, on top of which was a huge crack, is located near the banks of the Río Suárez, sector Carare, and could become a serious threat for the closure of tributary because of possible landslide slope.

Authorities estimated the accident as a new geological fault. The Mayor of the municipality, Óscar Sierra Zuleta, pointed out that "this incident will be informed of the Regional Committee for disaster prevention. It was noted that the rock height of 150 meters, which split along the upper slope by the crack 300 meters in length ".

The authorities of municipality is unknown the depth of geological fault, but they warn that it represents an obvious risk of a gradual move toward the River, therefore is a threat to the public.