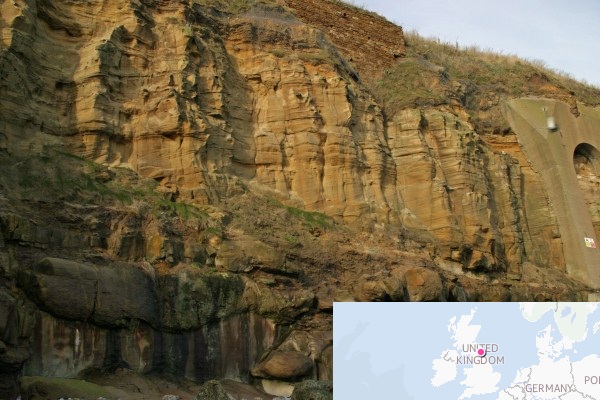 Although a group of youngsters had been playing football on the beach, there was no one underneath the debris.

The Tynemouth Volunteer Life Brigade was called to the scene at around 2.20pm on Monday and engineers from North Tyneside Council arrived to assess the site.

A temporary exclusion zone was set up, but it was felt no further action was necessary.

Peter Lilley, a captain with the brigade, said: “While it was felt that further land slips may happen in the coming days, no further preventative action was taken as a large number of clear warning signs are already in place to highlight the risk of land slides in that area.

“However, we would like to remind members of the public of the risks cliffs pose, whether this be landslides or falling while on them.

“We ask that people take extra care in the forthcoming days and weeks as, due to the recent rain and cold weather, they are even more treacherous than usual.”