Building collapses in Pakistan - many trapped 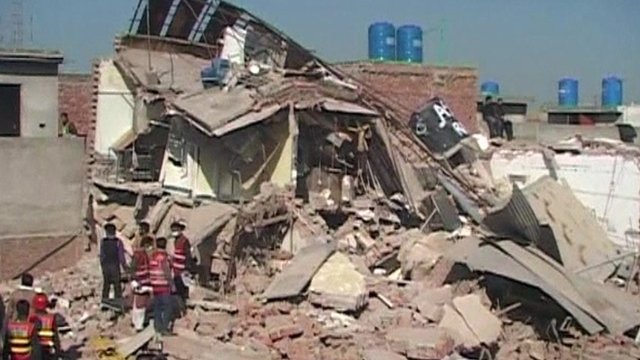 Rescuers search through the collapsed factory in Lahore

A factory has collapsed in the eastern Pakistani city of Lahore killing at least 10 women and three children, officials say.

The blast at the three-storey building is believed to have been caused by a gas leak.

Rescuers fear many more are trapped in the rubble of the factory, which was illegally making veterinary medicines.

Local trade union leader Farooq Tariq told the BBC that many of the workers were children.

Authorities rescued at least 13 people, while others trapped managed to escape from the rubble.

"The death toll has risen to 13 and we have pulled out 13 people alive from under the rubble," an emergency services official told AFP news agency.

Rescue teams brought in floodlights to carry on the operation as night fell.

Officials said the 25-year-old factory, in a residential area of the city, had not been properly registered so was operating illegally.

Residents say children below the legal working age of 16 were employed there to pack medicines.

"I was inside the building when the blast happened," said Asad, an eight-year-old labourer.

"Two other boys were with me and they started running. I don't know where they went and if they are alive."

A total of 60 people, including women and under-aged children who worked in the factory, were inside when it collapsed, Rizwan Naseer, head of the state-run rescue service in Punjab province said, the Associated Press reported.

However, the blast happened shortly after opening hours and correspondents say people may have still been arriving.

Reuters news agency said authorities were having problems transporting heavy machinery to the area to clear the debris because of narrow streets in the residential area where the factory was located.

Rescue workers shifting rubble by hand said they were looking for voids where people may have been able to survive.

"It's a big disaster. It is too early to say when we'll finish. We want to recover alive as many people as possible," rescuer Ahmed Raza said. 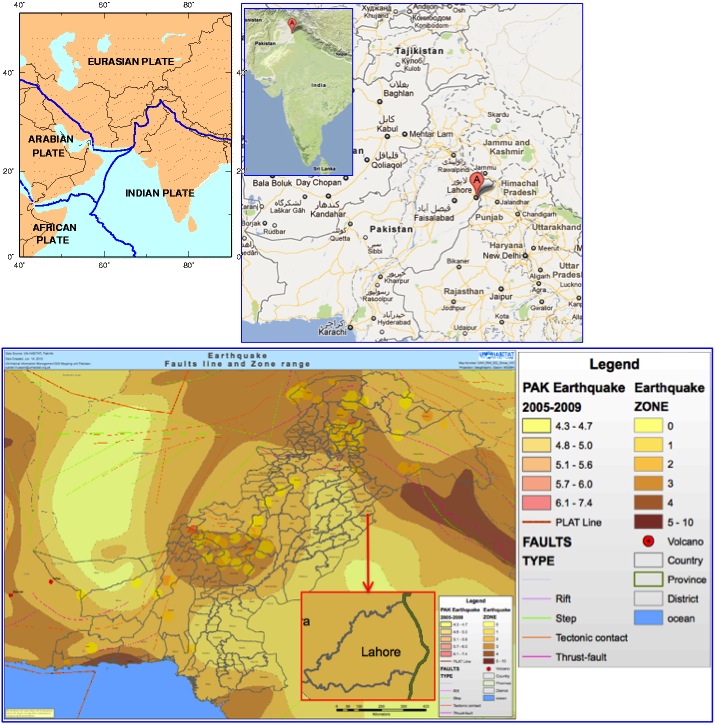