And with the addition of images absent of any magnetic field lines but containing the error message: "Selected variable 'N' not a factor", it appears someone is tinkering with the magnetospheric plasma output parameter N for atomic mass unit density in their redefinition of the BATSRUS model.

The below example illustrates:

a.  This first image was recorded at 07:48:13 UTC on May 9, 2013.  Note the high density particle assault coinciding with magnetospheric compression and eddy flow formation behind Earth.

b.  This second image is presented next in the BATSRUS feed, with a time stamp of 07:48:25 UTC - only a fraction of a second after the first image, yet Earth's magnetic field could not possibly have undergone such a broad and nearly instantaneous transition.

c.  The third image in the BATSRUS feed, recorded 4 minutes after the first image, is clearly a continuation of the magnetic onslaught originally depicted.

d.  The following images are presented next on BATSRUS.  Note the time stamps and stark contrasts, as if BATSRUS is alternating between two entirely different yet nearly simultaneous data feeds, with an error message suggesting the parameter adjustments are not yet fully debugged.

This highly irregular encryption of the BATSRUS image feed has been ongoing since May 9th.  The following animations were developed by omitting any suspect images from the data feed.

Given the voluminous evidence BATSRUS has provided attesting to the nearby presence of Planet X, altering the model code such that critical parameters are adjusted when they exceed a defined threshold would not be a surprising move by the cover-up.  By muddling the image feed with conflicting magnetic field data, this tool for visualizing Earth's magnetic field is essentially being sabotaged.  Such a grave defect may ultimately be used as rationale for its termination.

BATSRUS +RCM image feed was suspended for over two weeks between May 9 and May 26,

and within hours after Kojima posted Earth's wildly deformed magnetic field likely resulting from the charged tail of Planet X. A BATSRUS with RCM rendering shortly before it was apparently removed from iSWA.

Considering that all BATSRUS magnetic field renderings have been suspended since March 13 on CCMC and since April 1 on iSWA, it appears BATSRUS has suffered the same fate as the NICT magnetosphere simulator. 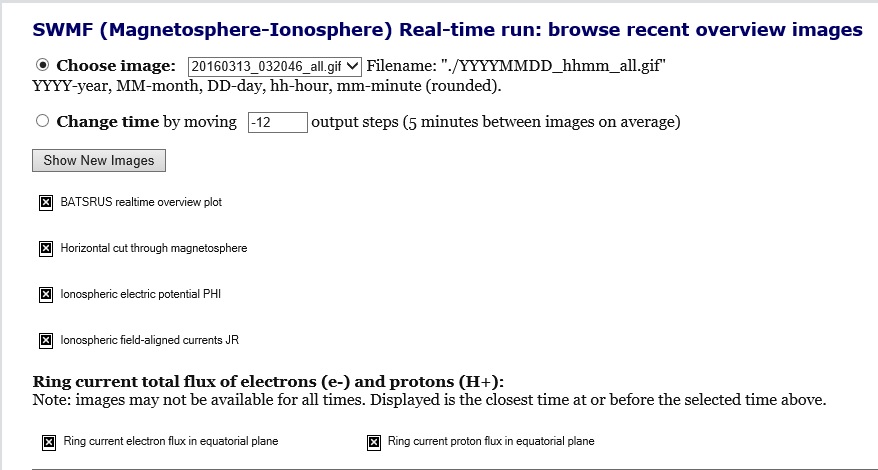 Today's severe compression of the magnetosphere endured for approximately six hours, yet it does not appear on BATSRUS, thus providing further evidence of model parameter tampering. Animation of today's severe compression with the "modified" BATSRUS.

For comparison, here's animation of a severe compression with the former BATSRUS model.