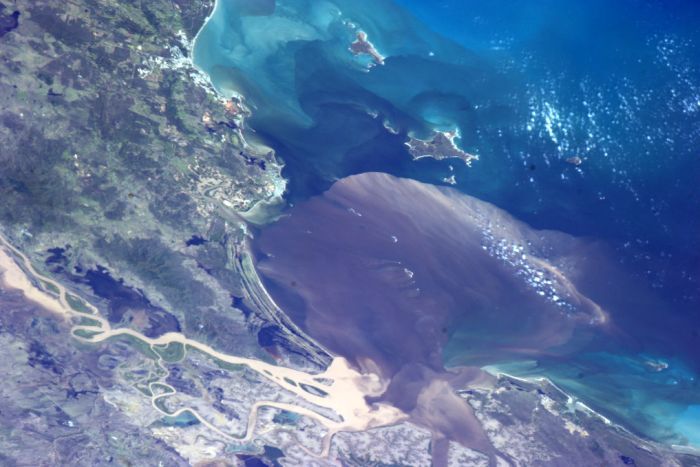 The Bureau of Meteorology says it will revise predictions today for the Fitzroy River at Rockhampton, in central Queensland, as the flood peak moves towards the city.

At this stage, it is expecting a peak of 8.5 metres on Saturday, which is likely to cut the Bruce Highway and inundate hundred of yards in low-lying suburbs of Rockhampton.

"It's like a sea of water around some houses just 200 metres down the street," he said.

"People were evacuated from that house down there. People here were starting to pack up everything under their houses and get it out of the water."

Mr Kalksma says residents are taking it in their stride.

"Yes they've got the 'she'll be right mate' attitude," he said.

"Even the children, they were wading through the water across this street here just to get some chips that they get regularly from me and then they go and paddle in the water.

"I don't know whether they're allowed to but they seem to be having a whale of a time."

The Rockhampton Regional Council says many roads across the region and some beaches have been battered by erosion because of floodwaters.

Councillor Tom Wyatt says he has been driving around his division to inspect the worst of the damage.

He says the beaches fared better than he thought they would.

"So the beaches haven't fared too badly. Like some of the areas along Kemp Beach we lost some trees and that's an ongoing thing."