RIYADH, May 02, 2013 (AFP) - Twenty people have died and four people remain missing in Saudi Arabia after heavy downpours triggered flash floods in the desert kingdom for nearly a week, the civil defence authorities said on Thursday.

People have drowned in several areas of Saudi Arabia, according to a statement by the civil defence quoted by SPA state news agency.

Rescue teams evacuated six villages in the southwestern Bisha province after a sand dam at the valley of Tabala partially collapsed, it said.

Authorities have been urging people to avoid wadi valleys and plains flooded by heavy rainfall which has continued since last Friday.

But around 10 people were killed in 2011 when flooding swept through the western city of Jeddah, where 123 people also perished in floods in 2009.

The inability of Jeddah's infrastructure to drain off flood waters and uncontrolled construction in and around the city were blamed at the time for the high number of victims.

At least 13 people have died and four other are missing in flash floods in Saudi Arabia.

Deaths were reported in the capital Riyadh, Baha in the south, Hail in the north and in the west of the country

The Saudi Civil Defense Authority urged people to avoid valleys and plains that have been flooded by the heavy rainfall that began on Friday.

The rain is said to be the heaviest experienced by the desert kingdom in more than 25 years. 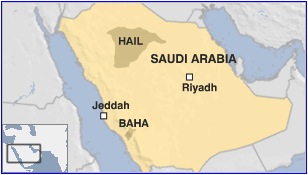 On Sunday the Saudi Interior Minister Prince Mohammad Bin Nayef called on civil defence authorities to coordinate their efforts and provide assistance to people affected by rain and flooding. The minister was described by a spokesperson as "closely monitoring the situation".

Saudi authorities have been criticised in the past for lack of preparedness in coping with flooding. Flash floods in the Red Sea port of Jeddah killed 123 people in 2009 and 10 in 2011.

The inability of Jeddah's infrastructure to drain off flood waters and uncontrolled construction in and around the city were blamed for the high number of victims in 2009.

At the time King Abdullah promised action saying "we cannot overlook the errors and omissions that must be dealt with firmly".

However critics have said that despite the promises little has been done to alleviate the dangers posed by flash floods. - Where deserts have formed based on geology, mountain ranges blocking rain clouds or the atmosphere depleated of rain during a long trip over land masses, this will change as the direction of wind flow changes. Lands used to regular rains, now suffering droughts, may find these droughts turning their land into deserts. Rain forests are likewise formed by geology and wind currents, and these may fear being washed away as rain comes not only more often but with a greater load of water picked up by fast moving air currents traveling over large bodies of water. Drought or deluge, there will be few places on Earth not affected by one of these extremes, and all of this affects the success of crops.

* Whither the Weather? - ZetaTalk [http://www.zetatalk.com/index/blog0810.htm]

Saudi Arabia's geography is dominated by the Arabian Desert and associated semi-desert and shrubland (see satellite image to right). It is, in fact, a number of linked deserts and includes the 647,500 km2 (250,001 sq mi) Rub' al Khali ("Empty Quarter") in the southern part of the country, the world's largest contiguous sand desert.[64][167] There are virtually no rivers or lakes in the country, but wadis are numerous. The few fertile areas are to be found in the alluvial deposits in wadis, basins, and oases.[64] The main topographical feature is the central plateau which rises abruptly from the Red Sea and gradually descends into the Nejd and toward the Persian Gulf. On the Red Sea coast, there is a narrow coastal plain, known as the Tihamah parallel to which runs an imposing escarpment. The southwest province of Asir is mountainous, and contains the 3,133 m (10,279 ft) Mount Sawda, which is the highest point in the country.

Except for the southwestern province of Asir, Saudi Arabia has a desert climate with extremely high day-time temperatures and a sharp temperature drop at night. Average summer temperatures are around 113 °F (45 °C), but can be as high as 129 °F (54 °C). In the winter the temperature rarely drops below 32 °F (0 °C). In the spring and autumn the heat is temperate, temperatures average around 84 °F (29 °C). Annual rainfall is extremely low. The Asir region differs in that it is influenced by the Indian Ocean monsoons, usually occurring between October and March. An average of 300 mm (12 in) of rainfall occurs during this period, that is about 60% of the annual precipitation. Massive flooding in Murzuk as a result of three days of torrential rains has destroyed homes and left at least three people dead. Many other houses have been damaged, dozens of people have been reported to have suffered minor injuries and many more made homeless.

Storms started to hit the southern desert oasis and the surrounding area on Thursday evening. There was rain, hail and even sleet in the region, resulting in floodwaters a metre deep in some places according to Ahmed Barka, an emergency room orderly in Murzuq hospital.

Anyone going visiting in the town, Barka told the Libya Herald said, especially the Humera district, could see many homes that had been almost destroyed by flood waters. Hundred more had cracked walls and ceilings.

The Libyan news agency LANA quoted the head of Murzuk Council, Khalid Khalil, saying that 30 homes in the district had been seriously damaged and 350 others have suffered subsidence as a result of the flooding.

The rains are the heaviest in the region for over 30 years, residents say. Sleet fell in the desert oases of Ubari and Disa yesterday

The deputy commander of the security battalion in Murzuk, Hassan Senussi, was reported by the agency saying that no one had expected such a torrent or such damage. People had been forced to leave their homes he said, calling on the government to immediately intervene and provide the homeless with blankets, food and medicines.

The downpours and flooding have also wiped out crops in the area, Barka said.

Heavy rains at Al-Shuwairif, 340 kilometres south of Tripoli, have washed away the road linking the capital and Sebha. It was destroyed some 40 kilometres north of the town which sits at the juncture of the Tripoli, Misrata and Sebha routes.

Local officials have called for urgent help from the government and Congress to get the road reopened.

The road from al-Shwwairif to Misrata is thought to be undamaged. Otherwise traffic from the south will have to pass through Houn and Waddan.

The rains follow torrential downpours south and west of Sebha.

* Emergency aid flown to flood victims in the south-east [Libya Herald; 3 May 2013]

Emergency supplies, including tents, mattresses and food, have been flown to the south-east of the country, after flooding damaged properties and forced hundreds of people to flee their homes.

The floods, caused by some of the heaviest rains in some 30 years, have left at least five people dead and many more injured, in areas some 900 km south of Tripoli. Immralanib, Majdol, Tarpo, Zaolya and Humera are among the towns most affected.

The UN refugee agency UNHCR estimates that at least 3,000 people have been forced to leave their homes, including 25 families who had previously been displaced by fighting between government and rebel forces in the Kufra region. 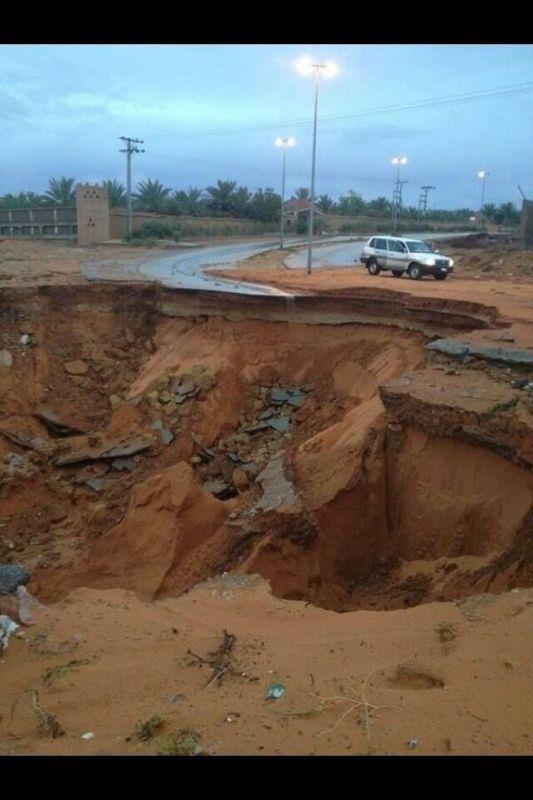 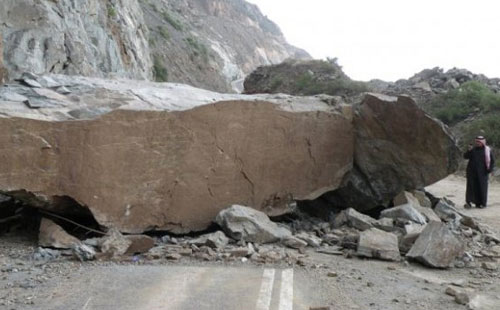 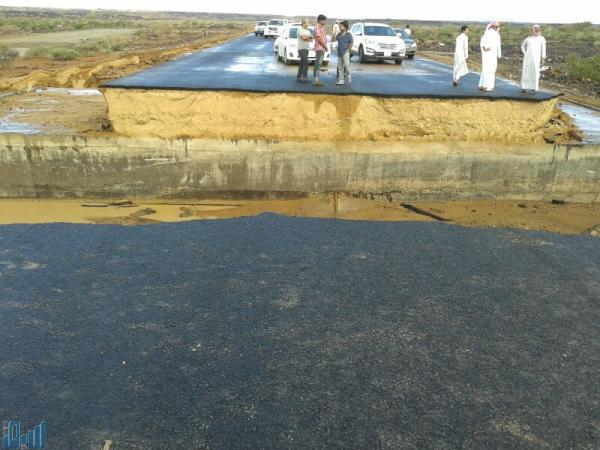 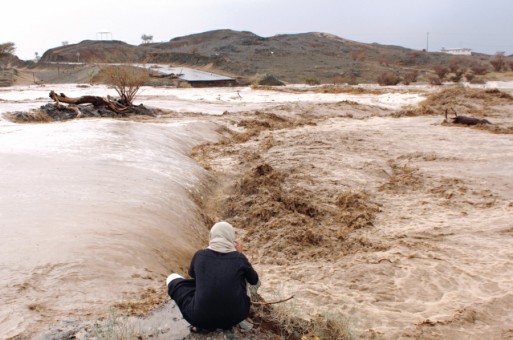