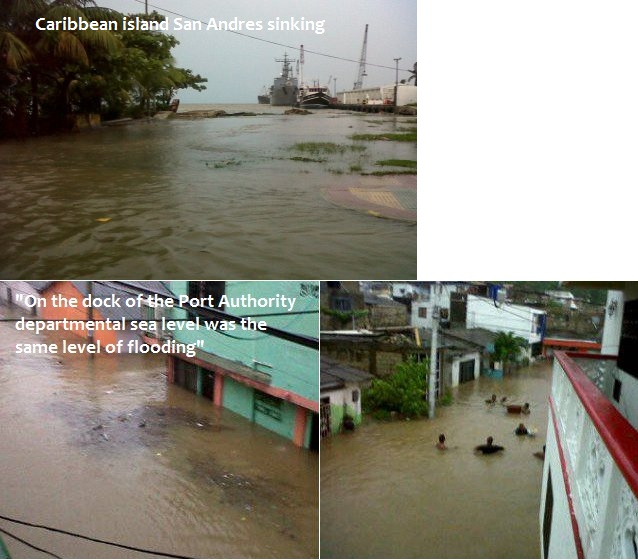 3 May Florida U.S. A second home was evacuated overnight near the scene of a 100-foot sinkhole that opened Thursday in the Windermere area. Source 22 May, Canada. A four-metre square sinkhole opened up in a major downtown Montreal street just hours after a massive student protest had marched over it. Source

18 May. 50 Sinkholes On Davenport Streets. Dorothy Meeke woke up last week to find this 18-foot hole in front of her house. She says no one was around when the ground sunk in, but it was a close call. Source 17 May, Canada, Winnipeg. Winnipeg city crews closed part of William Avenue on Thursday night due to a sinkhole in the roadway. Source

2 May, U.S. MI. It's a nearly seven foot-deep sinkhole that's grown larger over the years, especially after heavy rainfall.  It lies near the road of Vickie Johnson's property and she said It is causing havoc off Hogarth Avenue in Flint Township. Source

5 May, U.S. CA. Hacienda Boulevard was blocked in La Puente Sunday after a broken water main opened a gaping sinkhole in the roadway, officials said. Source

24 May U.S. MA. City police are cautioning motorists to avoid Sheridan Street in the vicinity of Dewey Street, which will be closed Thursday morning as crews attempt to address a large sinkhole in the roadway. Source

13 May U.S. OR. A dog was rescued, dirty but not injured, from a sinkhole in a Northeast Portland yard Sunday morning, fire officials said. Source

5 May U.S. UT. A sunken area of Washington Blvd. during repaving work shut the street down temporarily Wednesday Source

26 May. U.S. CO. Massive crater alongside the road in between the cities of Black Hawk and Central City has traffic moving along a bit slower than usual after crews had to close a lane. The shaft is about 30 feet wide by 50 feet deep. Source

May 3. Canada. This sinkhole opened up Wednesday afternoon on Old Orchard Ave. in NDG (May 3, 2012). Source

9 May. U.S. NC. A sink hole has shut down a High Point roadway Wednesday afternoon. Source 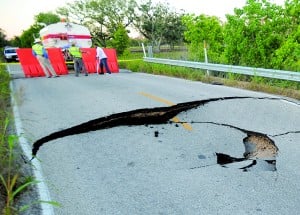 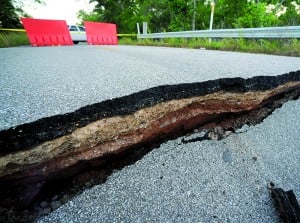 22 April. U.S. A bridge collapse on CR 304 on Saturday will prevent passage on the popular shortcut from Jones Creek to Lake Jackson for at least a few weeks, Jones Creek Marshal William Tidwell said. Source

24 May. U.S. Colorado. A partial collapse of a bridge on Colorado Highway 12 west of Trinidad over the Purgatorie River has closed the highway. Source 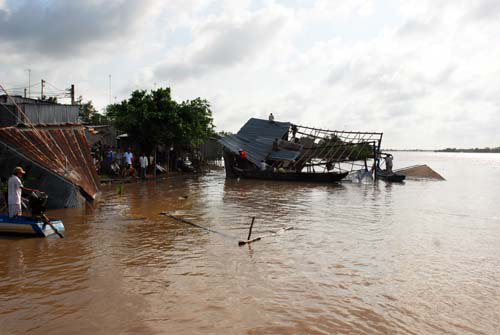 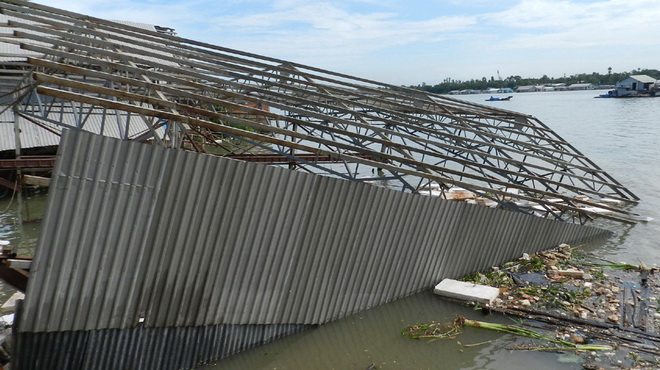 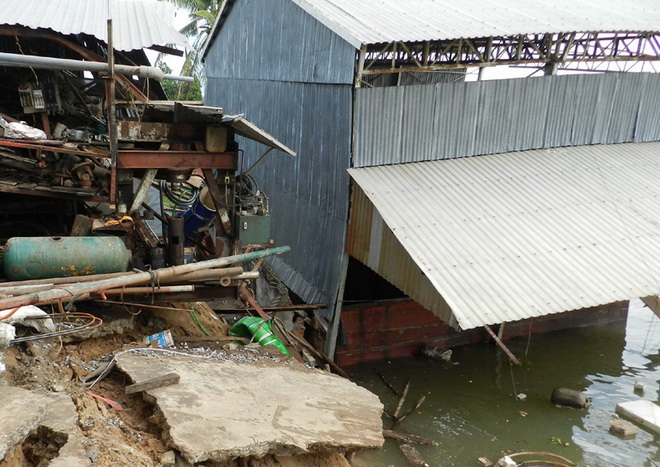 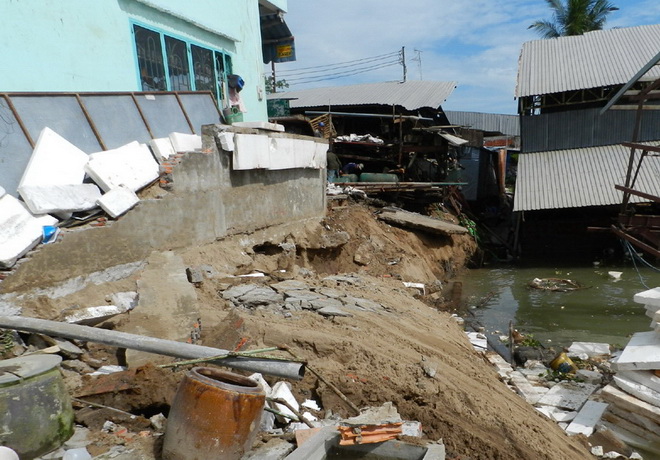 / An Giang landslide incident with a length over 100 m, 15-25 m deep, to affect 11 households, three businesses and office clusters.
He is still rich households have a home in the landslide area, said the previous night 25-5, in the area has 3 heavy rainfall. Then, when awake, he heard noises Rich by nearby houses collapsed. Immediately after, a body shop ice-walled home he sank slowly down the Hau River. Cabin and three graves of his loved ones nearby also torn rich background and may fall into the river at any time. Source /

/ morning 26-5 happen in a large avalanche Long Xuyen (An Giang). Many houses collapsed into the river or affected by an emergency relocation. Many people have been poured down the Hau River At the scene, the Hau River in the third, first colonized Thoi Binh, Binh Khanh broken foot and a period longer than 110m, going deep into the coast 16 - 25m Source /

/ TP. Permanently under water. Heavy rains that lasted for nearly an hour making 5.25 pm on the city streets. Vinh (Nghe An) immersed in sea water Source /

Near 19h30, heavy rains pouring down in Hanoi

Submerged cars because of time taken on the

Use everything to prevent the flooding

Many families could not respond before the torrential rain as

The high water overflow into the

In addition to the road, many drivers "risked" across the big water

Car breaks down that owners are struggling to take me

Opposite direction that the vehicle stalls, many drivers do not dare to go forward

Waves on the surface ... the

Giang Vo street, sewer workers do their best to drain away, but not in

Nearly 11 rain was sweet, but a lot of car stalls a lift to the rescue (at port Keangnam)

These countries have vast experience in dealing with floods.

Sea dyke, dams and mangroves do not help from sinking land because sea water can be intrusion through the river.

Sorry for the bad english.

Thanks for the add David! Sea water intrsion it's proof sinking in Vietnam!