Sorry, I forgot to include that the photo was taken using an Ericsson 2MP phone camera and a floppy insert as a filter for red light.

The below photo was taken at approximately 10:20 am today September 3rd 2012.

Note the bright moon swirl at the 11 o'clock position which is to be expected in the southern hemisphere if Alberto's photo shows the complex at 4 o'clock in the northern hemisphere. I also have video footage of the same time frame which I will attempt to upload.... 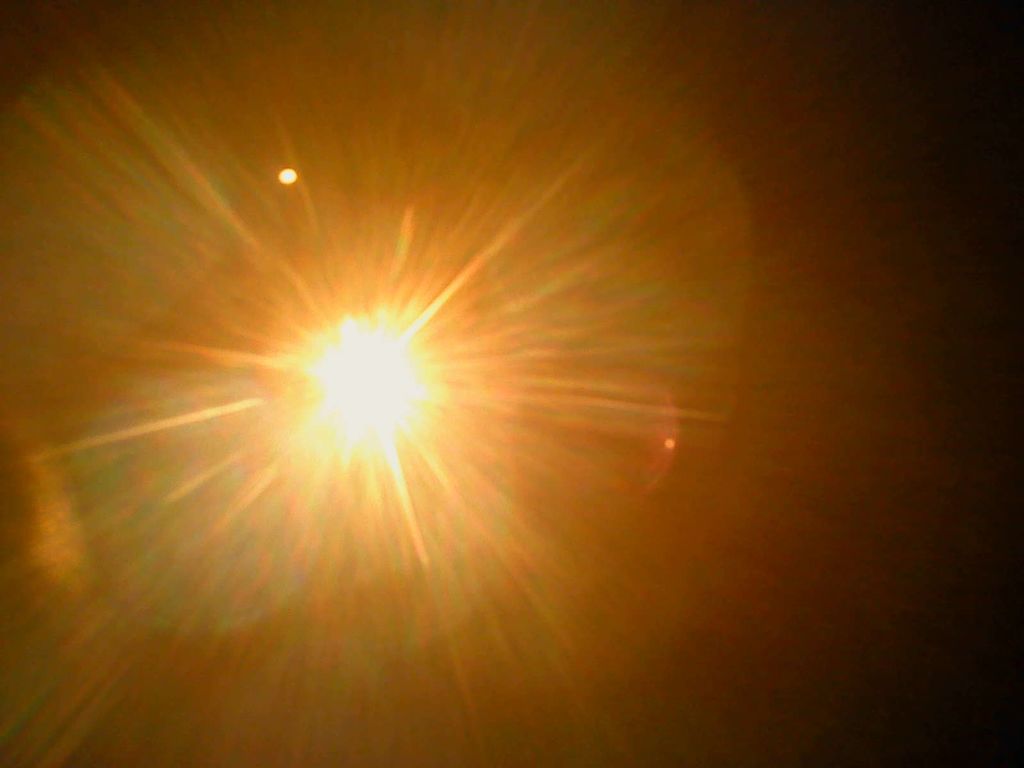 "This large magnetic field is composed of many influences itself, so has a pulse, so to speak. At times, the flow is stronger than others. What this means for the traveling Planet X is that the nudge it might feel from this larger field can either repress or encourage its motion. As we have indicated the passage will occur at the end of one of the trimesters, but it is in fact the change from one type of pulse to another that trips the balance between the Earth and Planet X, inciting the last weeks. Planet X is encouraged to move past blocks it has in front of it by the change in the pulse."

Maybe this is it! Pulse at the end of trimester pushed PX and we may see a start of 9/10 in the next 50 days (at most). There is a great possibility that we skipped a good part of the 8/10 because of the humming boxes. Also this way, the Zeta's statement "before December 21 2012" would be true.

Oh Holy Cow! Is that Planet X itself at the 4 o'clock position!!

I'm more convinced than ever that the tail is NOT wafting as before, under the Sun to the left and up above the Sun in a round circular manner, but blowing straight at us! What can this mean! This is a change. I've brightened both photos to show comparison. These are object, being able to be seen because of the heavy filter. And confirmed by others too! 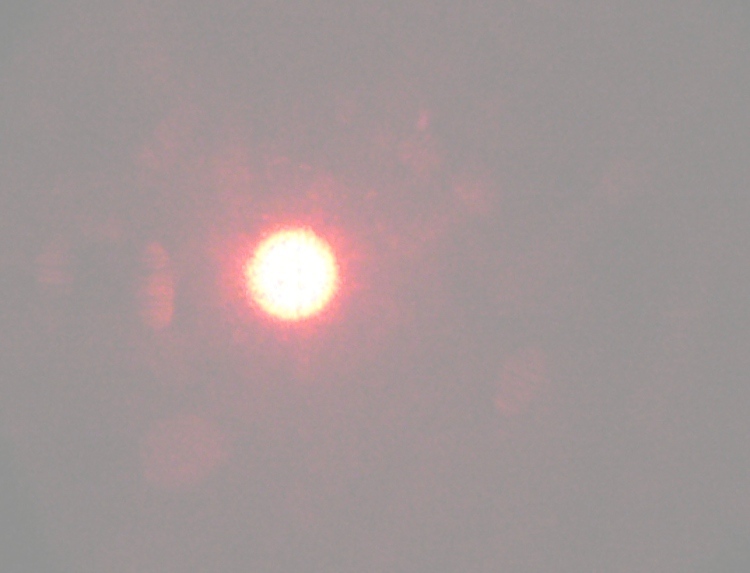 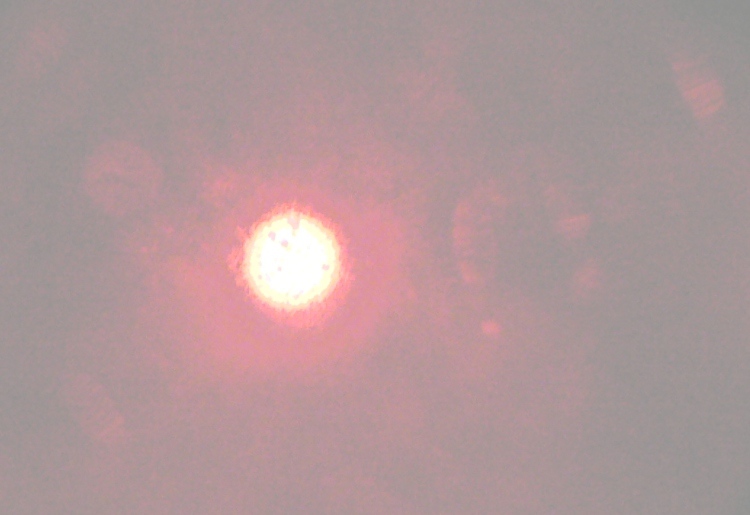