An inside source with close ties to the Trump campaign provided shocking information as to Donald Trump’s plans for election night. If he wins the election, Trump will reveal the existence of Nibiru—said to be a brown dwarf star and seven planets on a near-collision course with Earth—during his victory speech. The information stems from a source with unimpeachable credentials, a friend and associate of the Republican nominee. For this to happen, however, Trump must diminish Hillary Clinton’s four-point lead in the polls, or prove the pollsters wrong and win the election in a landslide.
Hillary Clinton, on the other hand, belongs to a cabal devoted to concealing the truth about Nibiru until the last possible moment, in hopes that she and her elitist friends can weather the storm in underground bunkers and rise to build the world anew once the dust settles.

“President Trump will not permit this charade to continue,” our source said. “He knows Hillary’s plans, and, sadly, she knows his—that is why Clinton is desperate to stop him. But Trump will prevail, and once and for all demolish the Nibiru cover-up, allowing Americans to take whatever actions they deem necessary to prepare for the worst possible scenario. You know, a lot of people have wondered why Trump has not devoted more than just one-hundred million dollars of his own money toward the campaign. Well, he’s been putting that money to a much more important issue.”

Unsealed records, obtained via the Freedom of Information Act, indicate that Trump has spent over thirty million dollars on Nibiru research. He enlisted the aid of prominent, ostracized NASA scientists, people like astronomers Paul Cox and Dr. Stephen Greenbaum, to study Nibiru’s expected impact on Earth. Trump’s scientific advisers admit that Nibiru will ravage the earth, but have posited that Nibiru will not arrive until the winter of 2019, a significant deviation from previously established forecasts.

“Future President Trump has high confidence in his scientific team,” our source said. “He will use the added time to warn and help prepare Americans to survive the Nibiru cataclysm. He will fulfill his promise to President Putin. Unless they get to Trump first. But he’s well protected. You saw what happened in Reno.”

Saturday afternoon, a protester disrupted a Trump rally in Reno, Nevada. Austyn Crites, a Democrat posing as a disgruntled Republican, attempted to incite a mass riot during Trump’s second really of the day. The United States Secret Service rushed into action, whisking Trump off the stage before Crites neared the podium. Against the advice his protective entourage, Trump triumphantly returned to the stage to finish delivering his message to the American people. We later learned that Crites has a criminal arrest record and is a known agent provocateur employed by the Democratic National Committee. The secret service discovered a pair of silencer-equipped .45 caliber handguns, a miniature flame-thrower, and a pocketknife on his person.

“Hillary Clinton has demonstrated her willingness to stop at nothing to stop Trump,” our source said. “This potential assassination attempt shows her resolve to eliminate Trump before election night. Regardless, Trump will prevail and tell the world about Nibiru, hopefully on election night.”

“This will be the most Earth shattering announcement ever made,” our source said. “Donald Trump is a caring man. A man of principle and character. He is a family man who loves his wife and children. He wants people be aware of the threat while he and his team try to find a means to stop that threat.”

Look at the headline showing on the screen at the Apple Special Event announcing the MacBook Pro today

The interesting thing is that the piece alludes to naming debates as to whether it's Planet X or  Planet 9.... and lastly Monica Grady is as renowned Astronomer in the UK

(Not the first time these dots have been connected.. But a good read for anyone who doesnt know about the Viking findings)

Planet Nine's days of lurking unseen in the dark depths of the outer solar system may be numbered.

The hypothetical giant planet, which is thought to be about 10 times more massive than Earth, will be discovered within 16 months or so, astronomer Mike Brown predicted.

"I'm pretty sure, I think, that by the end of next winter — not this winter, next winter — I think that there'll be enough people looking for it that … somebody's actually going to track this down," Brown said during a news conference Wednesday (Oct. 19) at a joint meeting of the American Astronomical Society's Division for Planetary Sciences (DPS) and the European Planetary Science Congress (EPSC) in Pasadena, California. Brown said that eight to 10 groups are currently looking for the planet.

The researchers suggested that this putative planet is perhaps two to 15 times more massive than Earth and lies hundreds of astronomical units (AU) from the sun. (One AU is the Earth-sun distance, about 93 million miles, or 150 million kilometers.)

This interpretation was bolstered in January of this year by Brown and fellow Caltech astronomer Konstantin Batygin, who found evidence of a perturber's influence in the orbits of a handful of additional distant objects. This "Planet Nine," as Batygin and Brown dubbed the putative world, likely contains about 10 Earth masses and orbits on a highly elliptical path whose aphelion (farthest distance from the sun) is about 1,000 AU, the researchers said. (For perspective, Pluto gets just 49.3 AU from the sun at aphelion.)

The ongoing Planet Nine research also includes efforts to pin down where the world might be in the sky these days. This is a key part of the discovery effort, since a blind search for an object so far away, and with such a huge and elliptical orbit, has little chance of success in the near term, Brown has said.

Astronomers have said Planet Nine is perhaps four times wider than Earth, and such an object would be easily visible with professional-grade equipment if it were relatively close to Earth, Brown explained. In addition, planets on highly elliptical orbits spend most of their time near aphelion, since they're traveling most slowly on this part of their path, he said.

An object four times bigger than Earth that's located at 1,000 AU would have a magnitude of about +25 on astronomers' brightness scale, Brown added.

"This is well within reach of the giant telescopes," he said. "The Subaru telescope, I think, on Mauna Kea, [in Hawaii] — the Japanese national telescope — is the prime instrument for doing the search. But there are a lot of other people who have clever ideas on how to find it, too, that are trying with their own telescopes."

Is everything we know about the solar system WRONG? Bizarre new star formation leaves scientists baffled

That's not all that gets tilted and wobbles I might add... 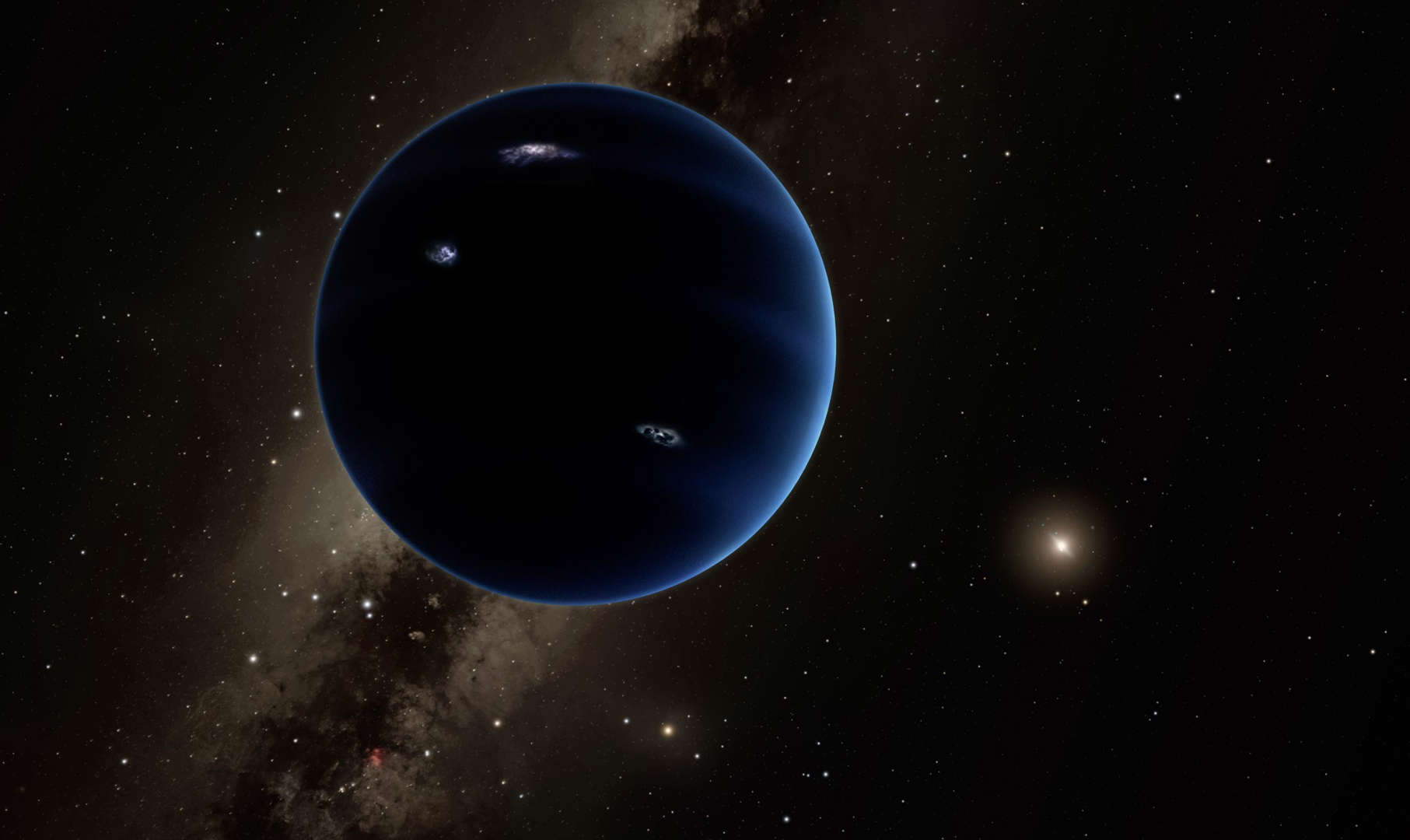