Severe Weather Europe shared a video.
·
'Mini-tsunami' on Zakynthos, Greece today as a cliff collapsed near a full beach! Sept 13! 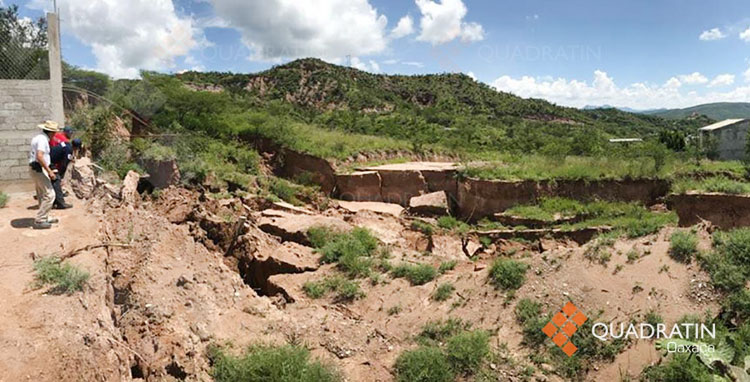 Huajuapan De León, Oax.- Derived from the rains that were registered this weekend in the city of Huajuapan and neighboring communities, municipal authorities of San Marcos Arteaga reported the emergence of a crack that affected several houses.

The report made by the local authority of San Marcos Arteaga, stressed that the crack of more than three meters deep could be a geological fault, which caused the collapse of three houses.

He explained that according to the opinion of Regional Civil Protection, the houses were uninhabitable, in addition to one of the fences is about to collapse, so the area was cordoned off.

Bangladesh: The erosion of Padma river in Rajbari. 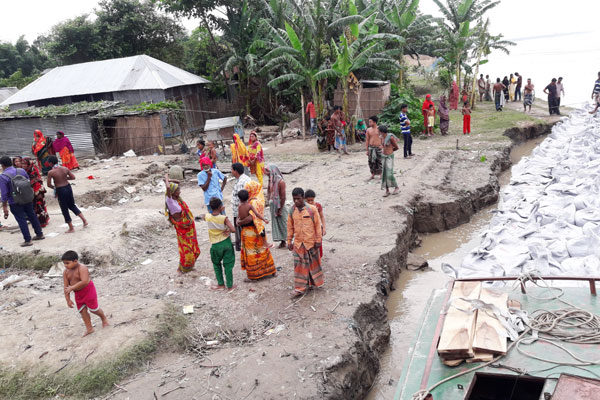 The erosion of Padma river in Rajbari has not stopped. There has been a new era of 200 meters in Sonakandar area since yesterday morning. The block has already collapsed in the 90 meters area. In the area of ​​Godarbazar and Sonakandar, the amount of breakdown is 450 meters. Earlier, erosion of 250 meters in the area last week.

In this situation, panic among residents of the river area has spread. Many people lost their homes and crops. 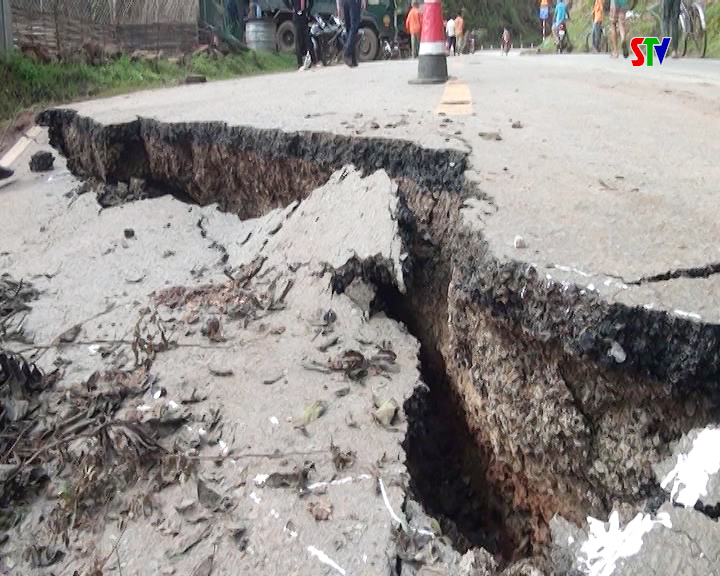 In the evening of September 2, at Km 253 + 900 National Road No. 6, Luong Me Village, Chieng Dong District, Yen Chau District, there appeared a large crack along the side of the negro and many small cracks in the afternoon. Approximately 500m wide, about 35m wide; about 30m of road QL6 cracked and sink the road surface 30cm compared to the road surface. The Environmental Protection Agency (PPA) in the State, found three new cracks in the Chakanbakan lagoon, so the place was cordoned off to prevent the entry of visitors.
This weekend, the lagoon increased 20 centimeters, according to a mechanism implemented by the ejidatarios, where they placed measuring stakes in the entire lagoon body.

Miguel Ángel Nadal Novelo, attorney for Environmental Protection, said that through the measurements, it was determined that the water level of the recovery zone registered one meter with 50 centimeters.

"It struck us that in the vicinity of the body of water that was lost, another two cracks were found that are quite interesting and deep, eight to 10 meters deep each," said the official.

These cracks were located just 40 meters from where the body of water was located, in the area of ​​forest vegetation, forcing the authorities to maintain a weekly monitoring to see if there are no other areas of cracking.

Colombia: The Cauca river is taking it to Palomar's corregimiento. The low levels of the Cauca River would be the cause of the continuous cracking of the soil in the corregimiento of Palomar, located one hour from the town center of the municipality. The cracks that exceed 40 centimeters have alarmed the community, which has caused at least 20 families to vacate their homes and seek refuge in safe places, "families are moving to the mountains that are outside the town, a part is up and another part is down, "said one inhabitant of the sector.

The cracks have been occurring for several days on the banks of the Cauca River, where there are houses built of wood and material, the latter have cracks in their walls and floors that make them risky, "people are scared and say they do not sleep because in the night the earth roars "said one inhabitant of the hamlet.

A new landslide area was formed in Azerbaijan. In the north-eastern part of the village of Lagij, in the Ismayilli region of Azerbaijan, under the influence of atmospheric precipitation, a landslide area 120-140 meters in width, 280-300 meters in length, was formed.

Aziz Garalov, the head of the geological planning expedition of the National Geological and Intelligence Service of the Ministry of Ecology and Natural Resources of Azerbaijan, told Trend on Wednesday, Day.Az reports. 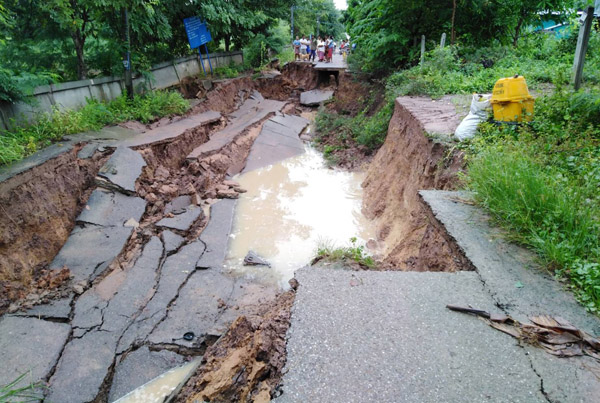 The area was over 100 meters long.

Nepal: At least 1200 houses in Bharatpur Metropolis 27 and 28 wards are at risk. 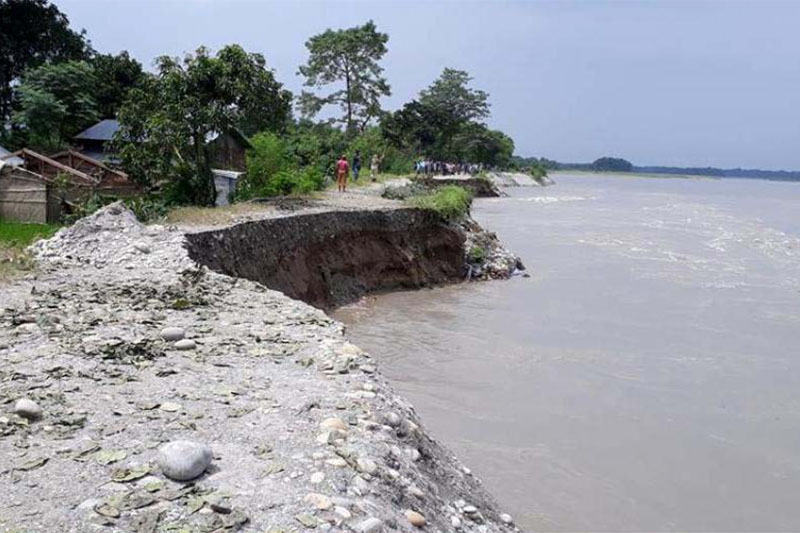 At least 1200 houses in Bharatpur Metropolis 27 and 28 wards are at risk as the swollen Narayani river has been eroding embankment in the area since Saturday.

According to Jitendra Basnet, Chief District Officer, Chitwan, at least 150 metres embankment along the river has been eroded.
Two families residing in nearby houses have been shifted to local Jeetpur School, Basnet added.