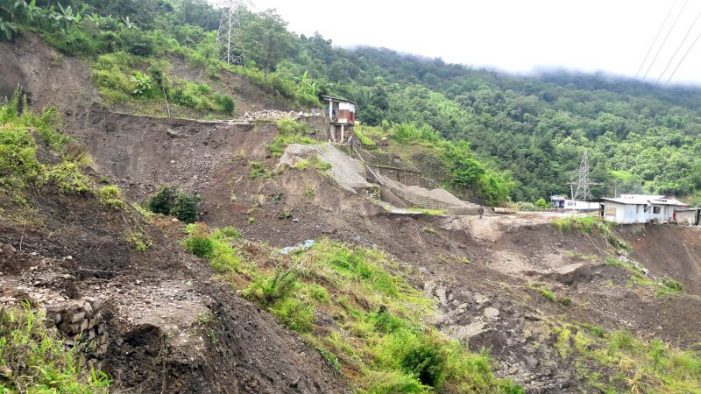 Due to incessant rains, a massive landslide affected the stretch of NH-29 between Kohima-Dimapur on August 4 near Faith Theological Seminary under Jotsoma jurisdiction. The landslide caused intensive damage to the road and some portion of private houses. The massive landslides, mudslides and sinking of land in the affected area have damaged more than 100 feet of the road. On spot verification, the road was seen to be badly affected and may not be restored soon. The road has been diverted from bypass check gate via Jotsoma. 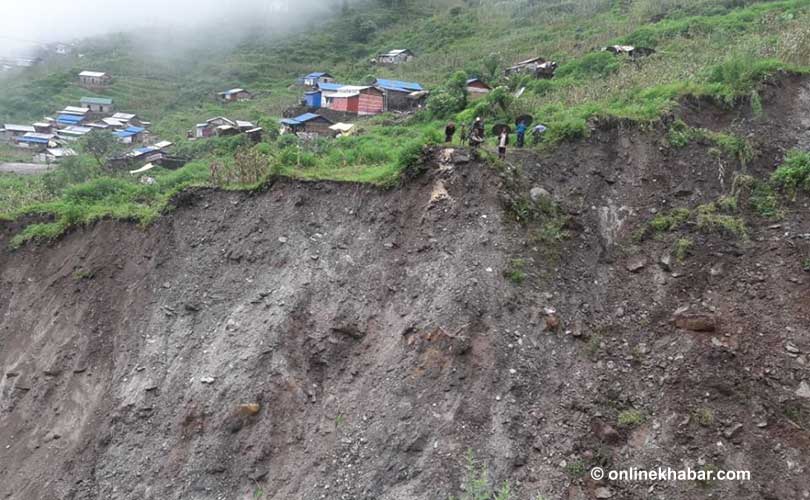 Residences of 72 families in Khanigaun, Lapu, Dharche Rural Municipality-7 of Gorkha district have been living at the risk of being buried by a landslide.

Incessant rainfall since last night has triggered the landslide at local Janggang Danda this morning.

Local Sushil Gurung says 11 households have already been displaced by the landslide. They have taken refuge from relatives at nearby locations.

“All local level governments have formed disaster management committees,” he says, “They will do various activities for prevention. We will send needful security personnel for rescue.”

He has urged locals to stay alert against possible risks of the landslide.

Peru: The inhabitants of the district of Llusco, live a similar situation with the displacement of large masses of land. Cerro threatens to devastate the populated center of Cusco
Alert. There are landslides of the hill Palccaypampacjata, in Cusco. This endangers 41 families. Villagers, despite being evacuated, returned to the area at risk.

Cusco The town center of Chillihuani, Cusipata district, Quispicanchi province, could be buried. There are 41 families threatened by the landslides of the Palccaypampacjata hill.

The inhabitants of the district of Llusco, in the province of Chumbivilas, live a similar situation with the displacement of large masses of land. Barangay Captain John Noe Tacan of the village of Igpigus in Igbaras, Iloilo points to one of the areas where a landslide occurred early morning on Saturday, Aug. 4. Twelve houses were completely covered by earth

ILOILO City – Days of rain led to a landslide in the uphill village of Igpigus in the municipality of Igbaras, Iloilo yesterday. No one was reported dead or injured but almost two dozen houses were damaged, 12 of which completely covered by earth.

Mayor Vicente Escorpion estimated that the landslide at around 1 a.m. in Sitio Rumbang – around 10 kilometers from the town proper – covered some 20 hectares.

Before that, the villagers heard what sounded like a blast, said the mayor.

Twenty-two houses were damaged, 12 of which were buried, Escorpion said, citing a report from Municipal Disaster Risk Reduction and Management Office chief Wilfredo Delgado who led the inspection. 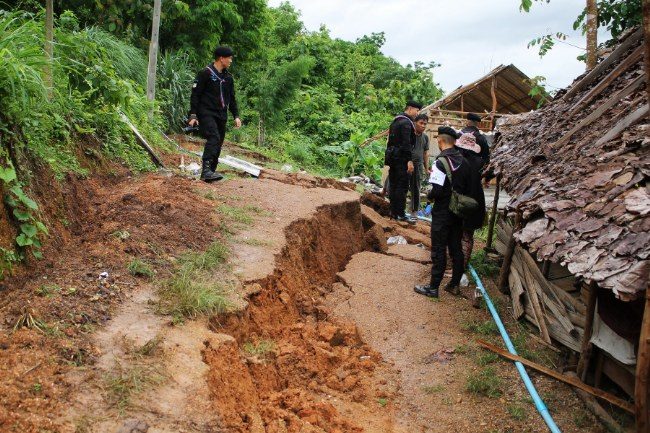 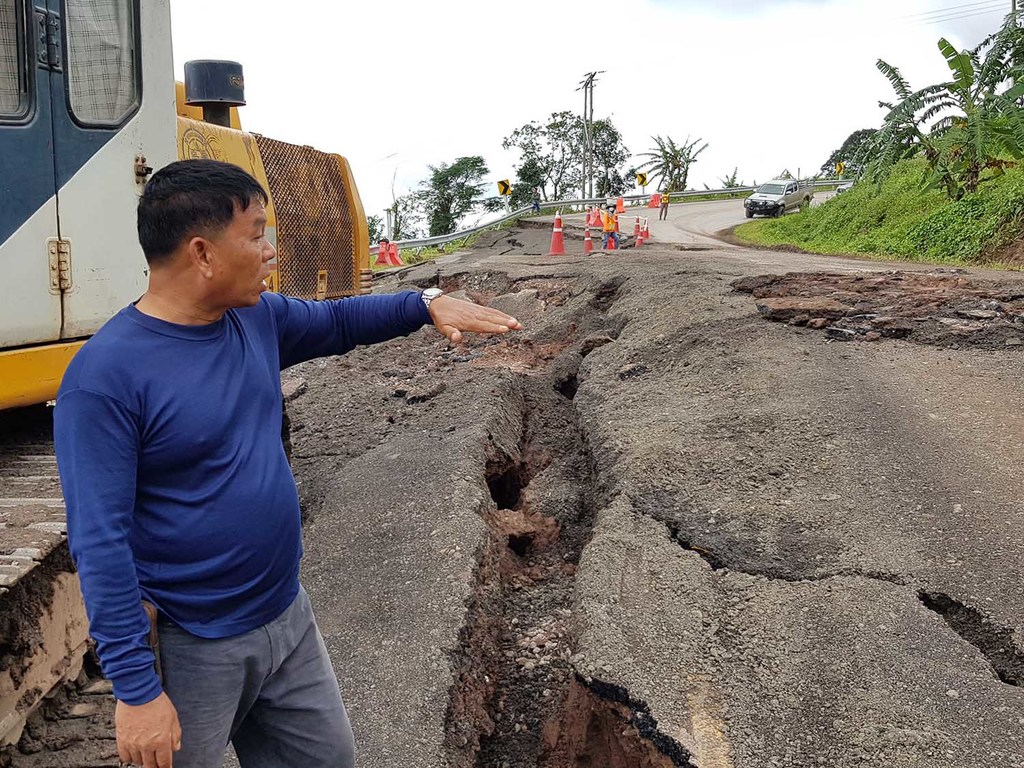 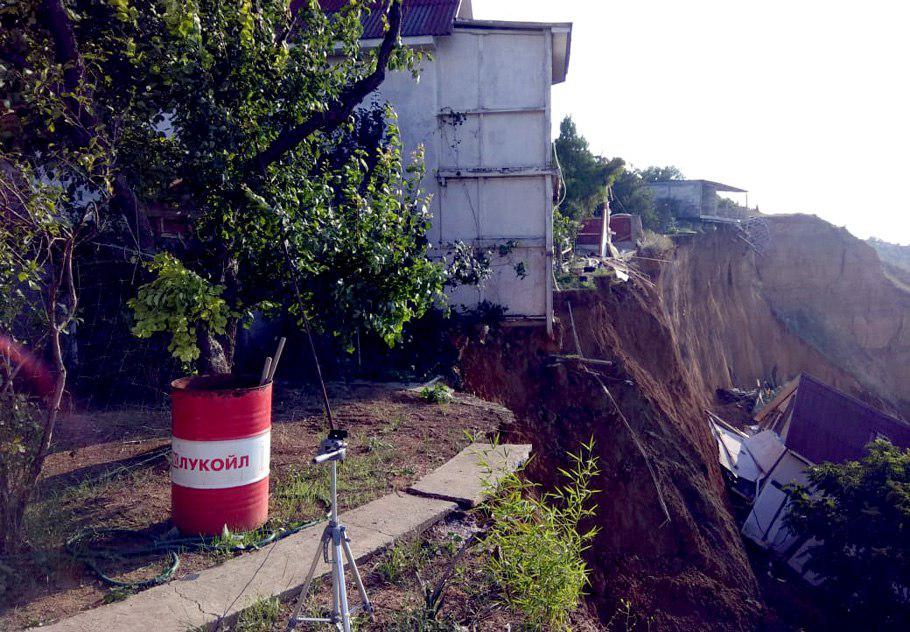 The night before on the northern side of Sevastopol, the coastal slope, just seven hectares of soil, had collapsed in the region, and private structures began to creep from the cliff into the sea. The main landslide is in the area of ​​Cape Tolsty. There are no dead or injured. "Now we find out who owned the buildings, whether they were legally there", - declares the city government.

Although it is clear to everyone - this is an illegal samostroy of Ukrainian times, mostly guest houses for holidaymakers. The first collapse of two buildings occurred in the horticultural association

Building in Istanbul collapses after landslide takes away foundation 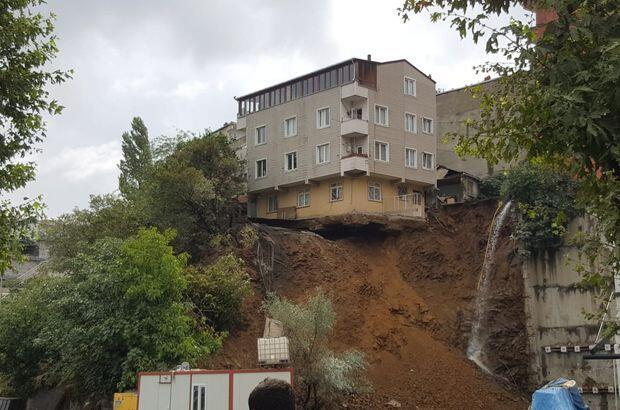 Torrential rains in Istanbul triggered a landslide on a construction site in the Sütlüce neighborhood on July 24, stripping away an apartment building’s foundation and causing it to collapse.

Local officials dispatched firefighters, ambulances and police units to Sütlüce’s İmrahor Avenue as amazed locals watched on as a four-storey building stood on a cliff without its foundation.

The road was closed to both pedestrians and car traffic as a precaution.

The landslide continued intermittently even after the construction below was halted.

The building eventually collapsed at 12:10 p.m, causing no casualties.

The building’s owner Emin Ertürk said they had warned authorities about the construction of a hotel in the adjacent plot, which he said was financed by former Barcelona footballer Arda Turan.

On the other hand, Beyoğlu Mayor Ahmet Misbah Demircan said the collapsed apartment, which was built in 1994, did not have required permits. After a mining waste pile collapsed in the Hpakant region of Myanmar on Tuesday, at least nine people have gone missing. Dozens more could be in peril. Please pray for the rescue efforts.

At least 40 prospectors were known to have been at the site, which is known for its jade mining, when the slope collapsed. The police said search and rescue efforts are underway.