A 420-year-old church had a miraculous escape when a landslide stopped just yards away.

In the clip, the landslide approaches the Santuario di Gallivaggio in Valle Spluga in Italy near the Swiss border before suddenly stopping.

The belltower was engulfed in dust after the rocks fell from the cliff face on May 29. The rocks tumble down the mountain towards the 420-year-old Santuario di Gallivaggio in Valle Spluga, Italy. Although it is engulfed in a cloud of dust, the church was not seriously damaged

Local news website Avvenire reported that the landslide happened after the town experienced 60millimeters of rain in just 24 hours.

Around 7,500 cubic meters of rock fell in the landslide, but remarkably nobody was hurt.

Parish priest Don Andrea Caelli told Avvenire: 'As a believer I say that the provident hand of God accompanied this event which could have ended tragically.'

Roads to the town had been closed for more than a month after forecasters predicted the landslide.

The roads have now reopened and there was no significant damage to the church, which was built on the site where two young girls claimed to have seen the Virgin Mary in 1492. Around 7,500 cubic meters of rock fell during the landslide in the region on May 29, but miraculously no one was hurt In this aerial shot of the church, the rubble can be seen just yards away from the church which was built on the site where two young girls claimed to have seen the Virgin Mary in 1492 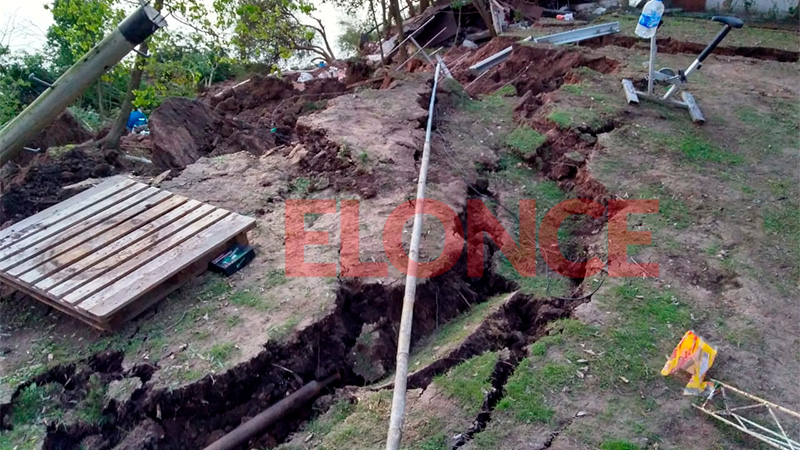 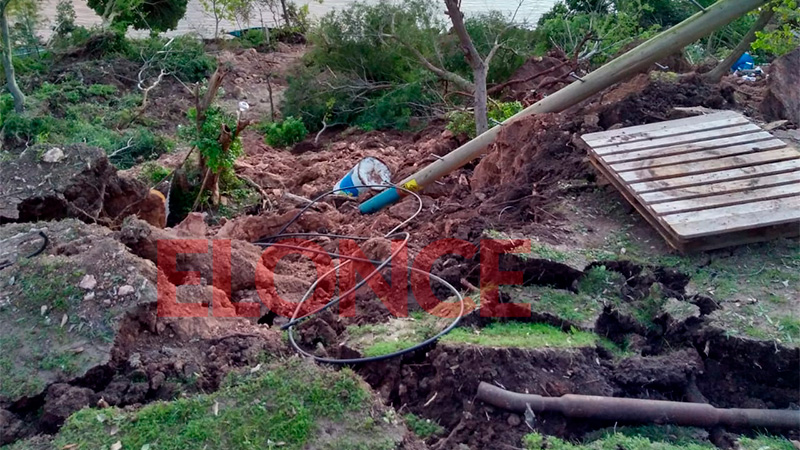 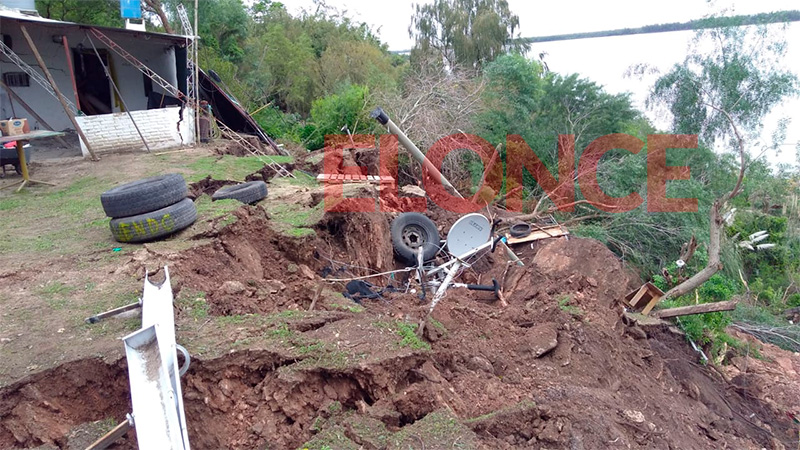 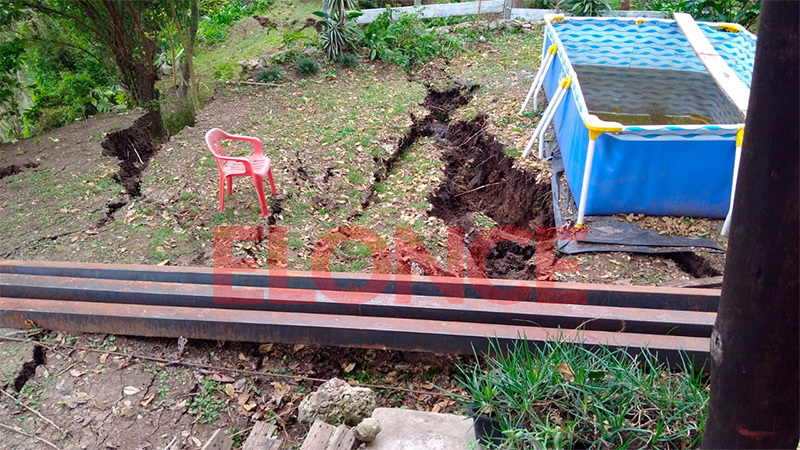 "It was heard as a tremor and the earth began to crack, to break the walls," witnesses told Elonce. At least five weekend homes were smashed.

India: 10 killed in landslide in Mizoram.

Ten people, including six women, were killed and one person was injured when a building was swept away by a landslide triggered by heavy rains in Lunglawn area of south Mizoram's Lunglei town, police said today. The landslide hit the two-storied semi-pucca building last night killing seven members of a family living in the ground floor and three people belonging to another family residing in the first floor, they said. 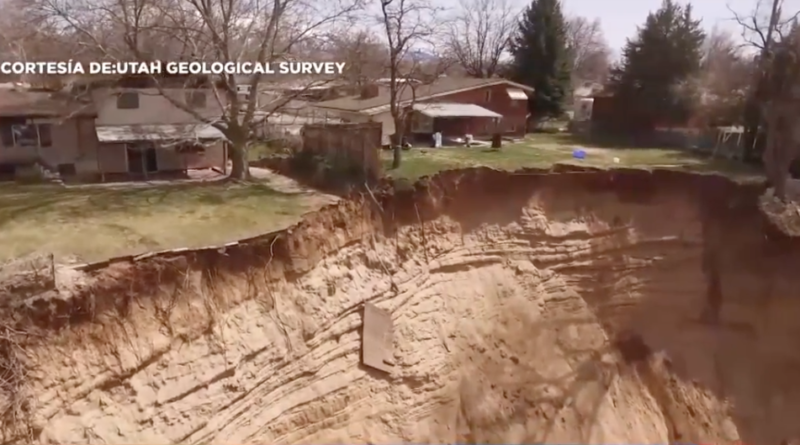 Residents in the city of Riverdale are in danger of losing their homes due to the landslide. Officials at Chimney Rock State Park said the wall collapsed Saturday after a week of heavy rain. More rain is expected the next several days as the remnants of Subtropical Storm Alberto pass by the west.

Authorities say visitors should check the park's website at https://www.chimneyrockpark.com/ to see when it reopens.

Chimney Rock State Park has seen several rock slides in recent years including one on October that closed the park for several weeks.

The park in Rutherford County was set aside more than 100 years ago.

As officials are urging evacuations in parts of the North Carolina mountains, a wall has collapsed near a popular tourist spot.

The collapse happened at the upper parking lot.

Photographs shared by the Chimney Rock State Park showed a significant portion of the parking lot eroded, with concrete barricades between the nearby road and the collapsed parking lot.

The damage will need to be assessed and stabilized before the park would allow any more visitors.

There is no indication at this time when Chimney Rock State Park will be reopened.

Meanwhile, officials in Polk County, where a woman died in a mudslide last week, are recommending voluntary evacuations of some areas as a subtropical storm threatens.

Officials said that they're recommending that residents of some vulnerable areas evacuate by 5 p.m. Sunday.

Subtropical Storm Alberto had sustained winds of 40 mph Saturday. Storm conditions are expected to affect the county Sunday night through early this week.

An American Red Cross shelter will be open to evacuees beginning at 5 p.m. Sunday at Polk County Middle School in Mill Spring. 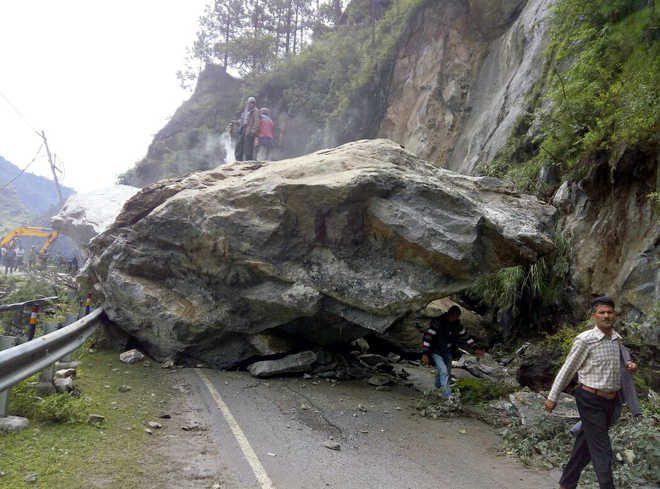 ADDIS ABABA, May  (Xinhua) -- Twenty-three people were killed in a landslide triggered by heavy rains in central Ethiopia, local media reported on Sunday.

The landslide, in the central Oromia region, occurred on Saturday after several hours of downpour, Fana Broadcasting Corporte said.

Six others were injured in the landslide.

Seasonal rains are arriving in Ethiopia as the onset of rainy season approaches, which occasionally causes landslides in some parts of the east African country. 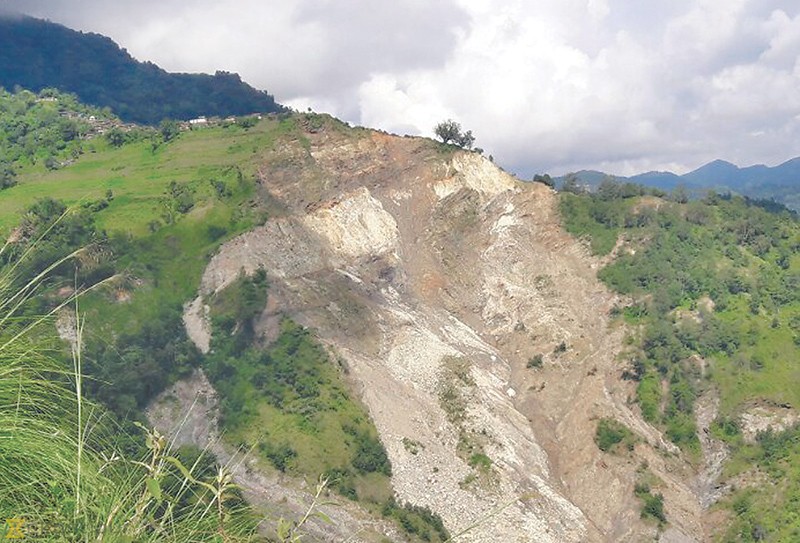 30 people have been displaced due to the landslide risk in Mokkaalai in the Maskeliya Sikamalai in Ambagamuwa Divisional Secretariat.

Thirteen of the eight families living in the Lion Estate belonging to the Moksha Estate in Maskeliya have been temporarily stayed in the Tamil school in the garden. 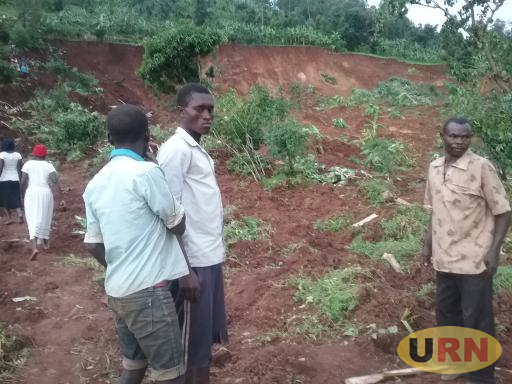 Hundreds of people in Manafwa district are in dire need of relief support following multiple landslides that hit the area for three consecutive days. The lands started on Wednesday and reoccurred on Thursday and Friday leaving a trail of destruction.

The landslides buried 25 houses in Kaato Sub County and another nine houses in Wesswa Sub County on Wednesday night. Josephat Bwonya, the LC I chairperson of Bunamungoma village in Kaato sub county, says his house is one of those that were buried.