Earthquake And Tsunami Hazards Along Coasts Might Be Higher Than Expected

Two of the most destructive forces of nature—earthquakes and tsunamis—might actually be more of a threat than current estimates according to new research conducted by scientists at The University of New Mexico and the Nanyang Technological University published today in the journal Nature Geoscience.

This animation shows every recorded earthquake in sequence as they occurred from January 1, 1901, through December 31, 2020, at a rate of 1 year per second. The earthquake hypocenters first appear as flashes then remain as colored circles before shrinking with time so as not to obscure subsequent earthquakes. The size of each circle represents the earthquake’s magnitude while the color represents its depth within the earth. This animation also highlights significant tsunamis generated by some of these earthquakes.

Note that while the great majority of all earthquakes occur at plate boundaries, these tsunami-causing earthquakes mostly occur at convergent plate boundaries. These boundaries, also called “subduction zones,” are where tectonic plates collide to produce megathrust earthquakes and are the regions where we expect future devastating tsunamis to come from. Other, much smaller earthquakes also occur away from plate boundaries such as those related to volcanic activity in Hawaii or those related to wastewater injection wells in Oklahoma. The animation concludes with a series of summary maps. The first one shows all of the earthquakes in this 120-year period. The next map shows only those earthquakes known to have produced a tsunami, and the map after that shows only those earthquakes that produced damaging tsunamis. The final map shows the plate boundary faults responsible for the majority of these earthquakes. The era of modern seismology—the scientific study of earthquakes—began with the invention of the seismograph in the late 19th Century and its deployment in instrument networks in the early 20th Century to record and measure earthquakes as they occur. Therefore, when the animation begins only the largest earthquakes will appear.

They were the only ones that could be detected at great distances with the few instruments available at the time. But as time progressed, more and more seismographs were deployed and smaller and smaller earthquakes could be recorded. For example, the installation of these instruments in California in the 1930s creates the illusion of new earthquake activity there. Likewise, there appears to be a jump in the number of earthquakes globally in the 1970’s when seismology took another leap forward with advances in telecommunications and digital signal processing, a trend that continues today. ----- Earthquakes from the USGS/NEIC Earthquake Catalog: https://earthquake.usgs.gov/earthquak...​ Tsunami sources from the NOAA/NCEI Tsunami Database: https://www.ngdc.noaa.gov/hazel/view/... 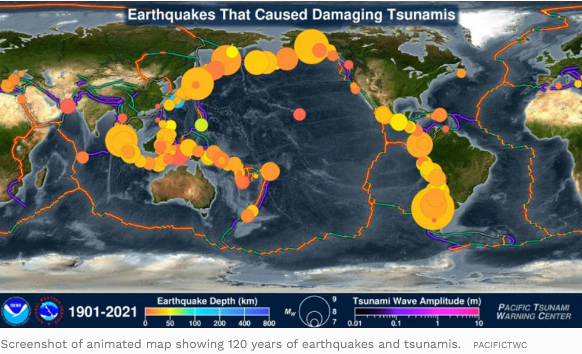 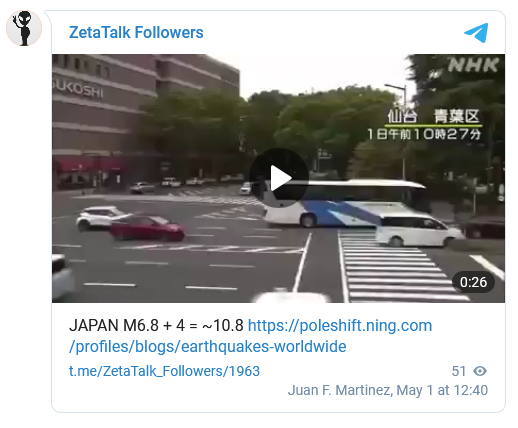 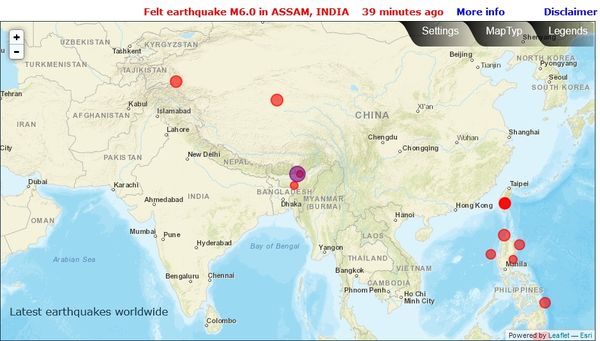 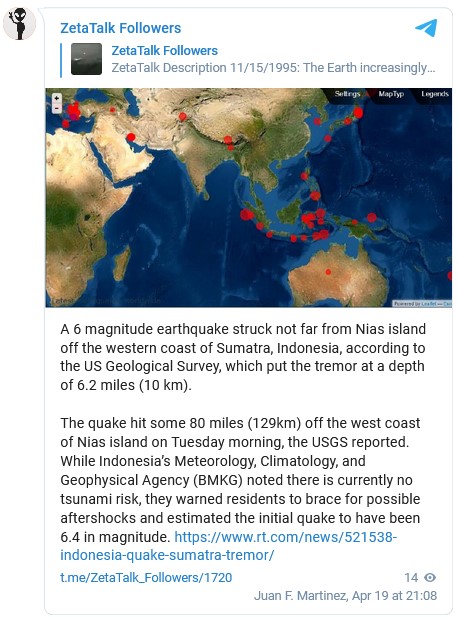 https://www.taiwannews.com.tw/en/news/4180590
Shockwaves from temblors felt across Taiwan, no injuries reported so far

The first earthquake, a magnitude 5.8, struck at 10:11 p.m. and was 19.2 kilometers southwest of Hualien County Hall, at a shallow focal depth of 15 kilometers. Taiwan uses an intensity scale of one to seven that gauges the degree to which a quake is felt at a specific location.

The second earthquake, measuring 6.2 on the Richter scale, struck a mere three minutes later at 10:14. The epicenter of the second temblor was 20.2 kilometers southwest of Hualien County Hall, at a shallow depth of 13.9 kilometers.

Many Taiwan residents reported receiving an emergency text message on their phones from the CWB warning them an earthquake had occurred at 10:11 p.m. and to "beware of probable shaking." No injuries from either quake had been reported at the time of publication.