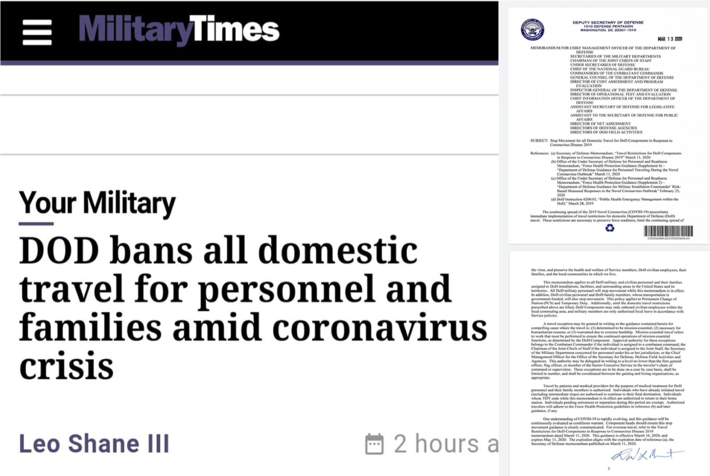 The world on lockdown is NOT about a virus!   Watch. The Pentagon is setting up 11 quarantine camps on military bases near major airports across the US in anticipation of an influx of American citizens returning from China in need of monitoring for the deadly coronavirus that is now being called COVID-19.   12 March 2020 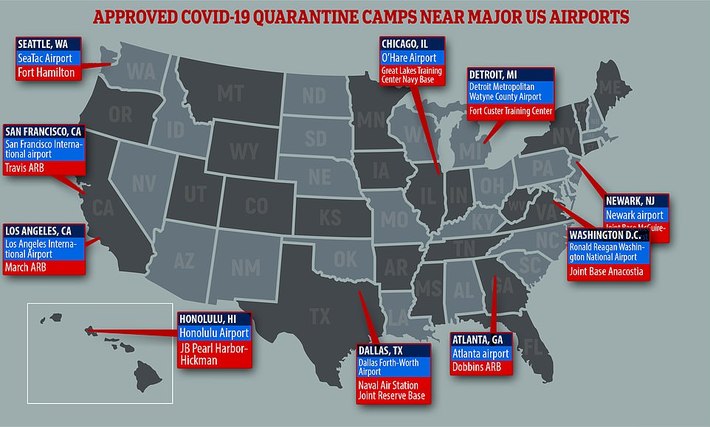 Coronavirus: ‘Italy will collapse!’ Desperate resident urges rest of world to act NOW
A RESIDENT locked-down in Italy has warned the country could collapse, urging the rest of the world to act before it's too late. 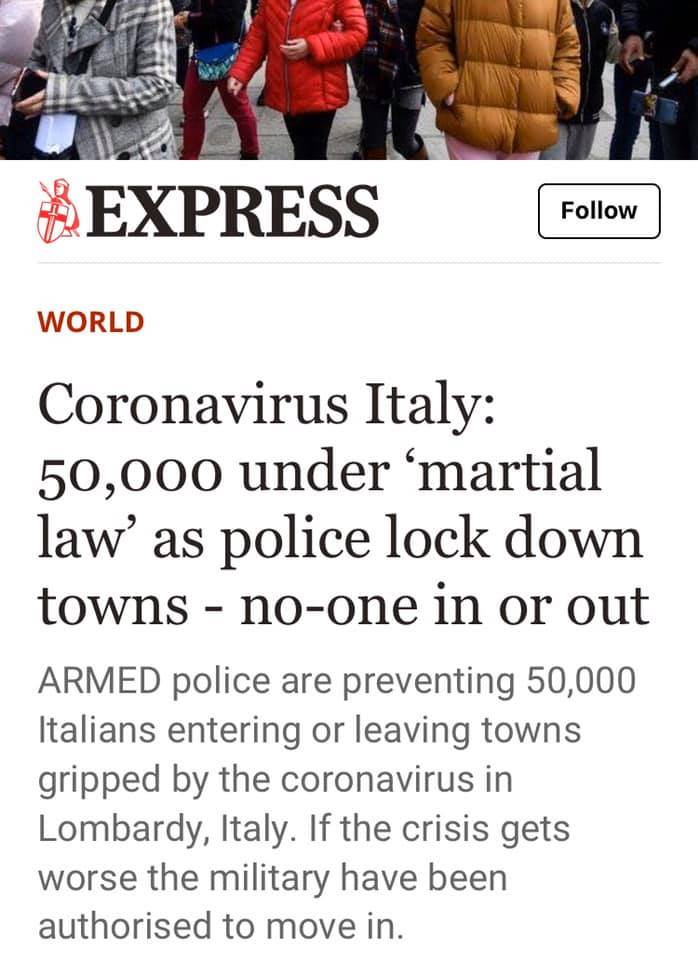 Global markets crash as US bans European flights over CORONAVIRUS PANDEMIC 3/12/2020  Covid-19 has wreaked havoc on the world's financial markets after the World Health Organization (WHO) declared the outbreak a pandemic, and the US banned all European flights.

European stocks opened sharply lower on Thursday with the London FTSE down over nine percent. Jet engine maker Rolls-Royce led the losses, as the company's shares were down 13 percent, and airline stocks were also hit hard.

German and French shares were also down, with both DAX and CAC 40 dropping around ten percent. Stocks in Italy, the worst-affected country by coronavirus outside of China, were down more than 11 percent. Russia’s main index on the Moscow Exchange closed six percent lower. President Donald Trump said he will significantly restrict travel from Europe to the U.S. for the next 30 days, the most far-reaching measure yet in the administration’s efforts to combat the spread of coronavirus.

Trump, speaking Wednesday evening from the Oval Office, said the restrictions, which won’t apply to the U.K., will go into effect Friday at midnight. He blamed the European Union for not curbing travel from China in the early days of the outbreak, and credited his own measures with having limited the number of cases in the U.S.

“The European Union failed to take the same precautions and restrict travel from China and other hot spots,” Trump said. As a result, “clusters” of infection in the U.S. “were seeded by” European travelers, he added. Comment by Juan F Martinez on March 11, 2020 at 9:31pm
I am fully prepared to use the full power of the Federal Government to deal with our current challenge of the CoronaVirus!   @realDonaldTrump Coronavirus shows the entire world can be easily manipulated through fear by controlling media, academia and medicine. 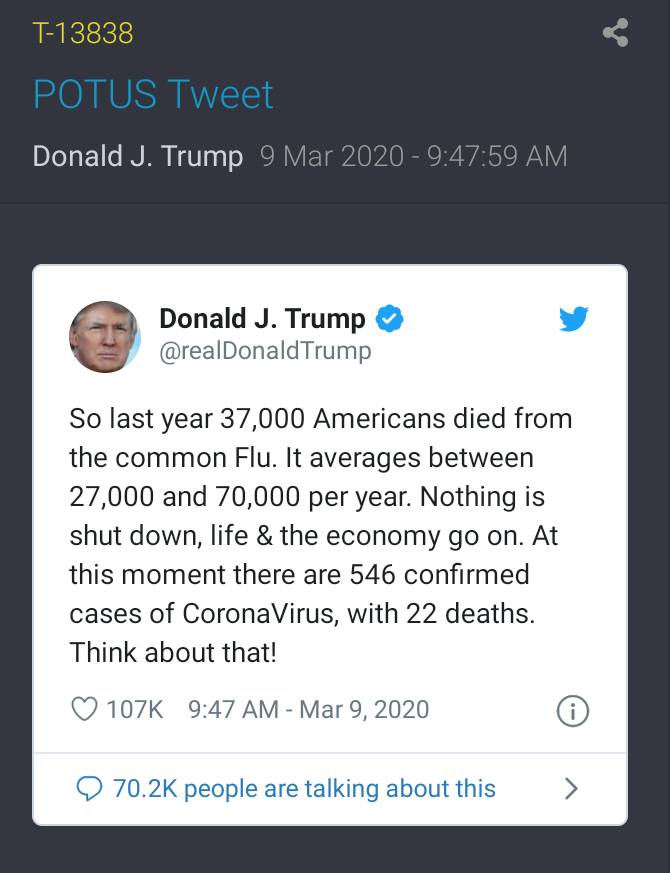