Hundreds of troops from Belgium, and beyond, have now thoroughly searched a vast area in the country where a fugitive soldier armed with highly dangerous weapons is believed to be hiding. However, no trace of him has been found.

A well-trained sniper from the Belgian army, Jurgen Conings, who has combat experience in several war zones including Afghanistan, Iraq and Lebanon, disappeared on Monday. Having reportedly left life-threatening notes to several top officials, the 46-year-old man is believed to have taken several anti-tank missiles, a submachine gun and a handgun with an ability to pierce bulletproof vests from his unit’s ammunition depot. He himself is believed to be wearing the vest.

Conings is now a “terrorist suspect,” according to Belgian media. The federal prosecutor’s office has been investigating him for “attempted murder and illegal possession of weapons in a terrorist context,” the VRT broadcaster reported. Authorities also believe the suspect has not been “acting on impulse,” but is rather well-prepared. 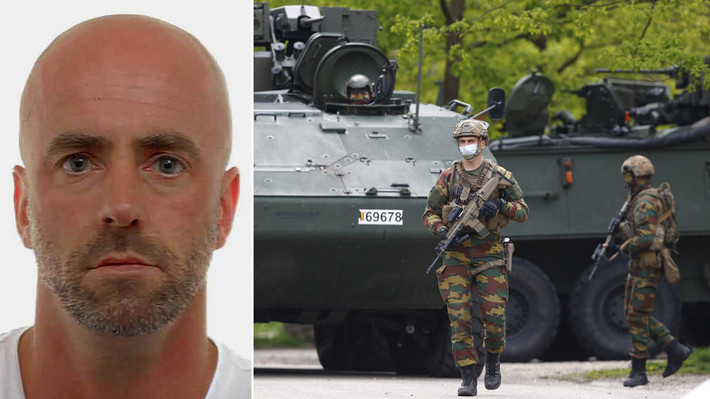 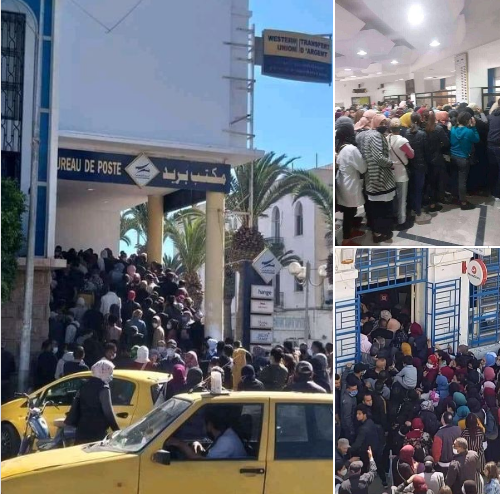 Comment by Juan F Martinez on April 20, 2021 at 7:01pm
Arizona Governor Orders 'Vaccine Passport' Ban for the State
Arizona Gov. Doug Ducey has used his executive powers to prohibit all of the state's local and regional governments from requiring vaccine passports, calling them an encroachment on the private medical information of Arizona residents.
https://t.me/ZetaTalk_Followers/1739 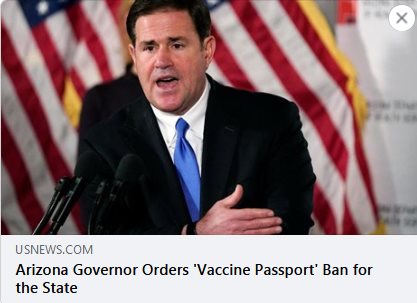 Pentagon creates MICROCHIP that will detect Covid-19 under your skin — Tracking Device or Mark of the Beast? 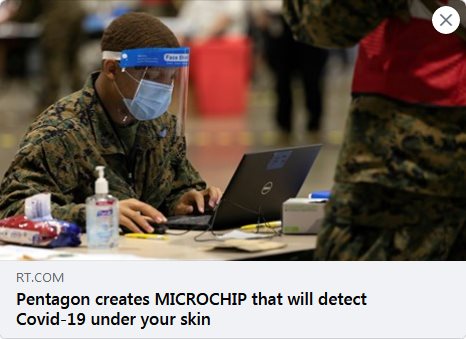 Medical researchers working for the Pentagon have claimed to have created a microchip that can identify viruses like Covid-19 if they are under your skin.

Retired Army Col. Dr. Matt Hepburn, an infectious disease physician, told ‘60 Minutes’ that the microchip acts like a “check engine” light for people, but does not track their every movement, which has been central to online conspiracy theories about Covid-19 vaccinations.
The technology was developed by the Defense Advanced Research Projects Agency (DARPA), which operates under the Pentagon. Hepburn’s interview was conducted on the USS Theodore Roosevelt, where last year over 1,200 crew members tested positive for Covid-19, something Hepburn claims this microchip could prevent in the future.
The microchip, which is not in widespread use beyond the Defense Department, is embedded under the skin in a tissue-like gel and continuously tests the recipient's blood for evidence of a virus, like Covid-19. Once detected, it alerts the carrier they must immediately get a blood test.
“It’s a sensor,” Hepburn said. “That tiny green thing in there, you put it underneath your skin and what that tells you is that there are chemical reactions going on inside the body and that signal means you are going to have symptoms tomorrow.”
He went on to claim that the early detection technology could “stop the infection in its tracks.”
Another bit of technology highlighted during the ‘60 Minutes’ segment that could directly affect viruses like Covid was a dialysis machine that would be used to filter and detox blood and then reinsert the blood into a patient until the virus is removed from the body.
https://www.rt.com/usa/520854-covid19-microchip-pentagon/

No vaccine, no escape from St. Vincent. As a volcanic eruption cast a pall of ash over the Caribbean island of St. Vincent, tens of thousands fled – but eyebrows were raised after the island nation’s PM said they weren’t going anywhere without a Covid shot.

The La Soufriere volcano on the eastern Caribbean island of St. Vincent erupted on Friday, sending a column of ash 10km into the sky. With some 16,000 people living in the ‘red zone’ near the volcano, the authorities had been scrambling to put together evacuation plans in the hours leading up to the blast. 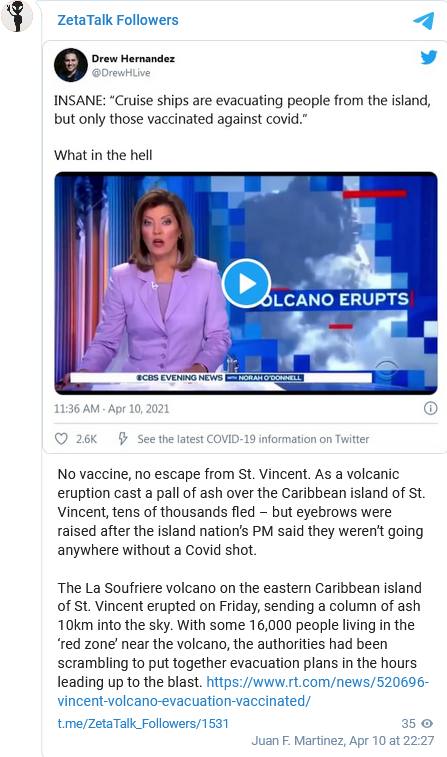 It was just a matter of time, and predicted by the Simpsons — Could your pet be a threat? Creator of Russia’s Sputnik V warns Covid-19 may spread through cats & dogs in next phase of pandemic 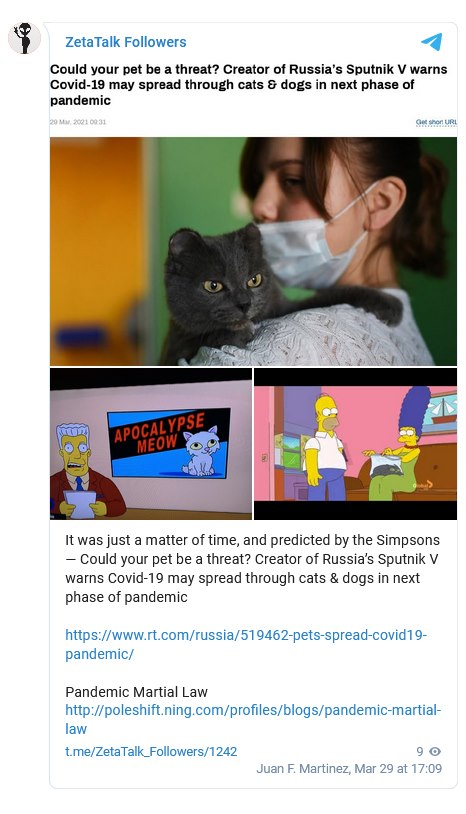 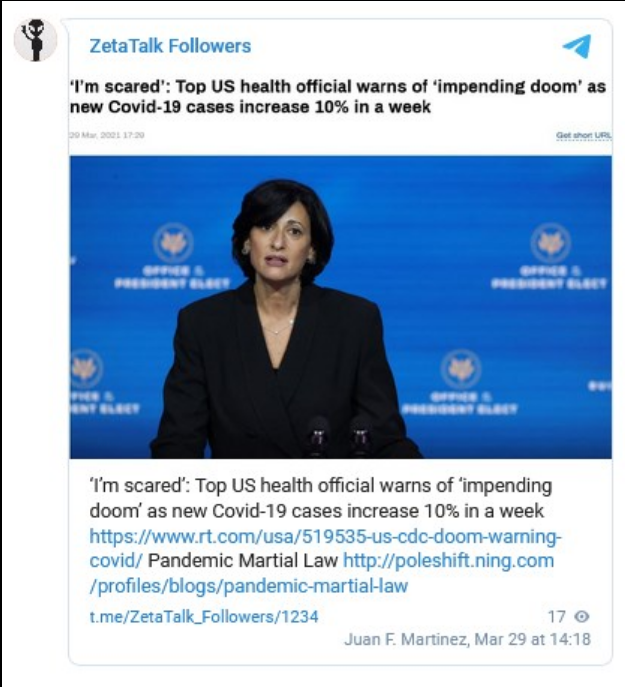 HOLIDAYS abroad will be made illegal from Monday, with anyone caught trying to flee the country facing a huge £5,000 fine.

New coronavirus rules will be coming into force next week which include a ban on anyone leaving the UK without a “reasonable excuse”. The new rules were published today, entitled Health Protection (Coronavirus, Restrictions) (Steps) (England) Regulations 2021. 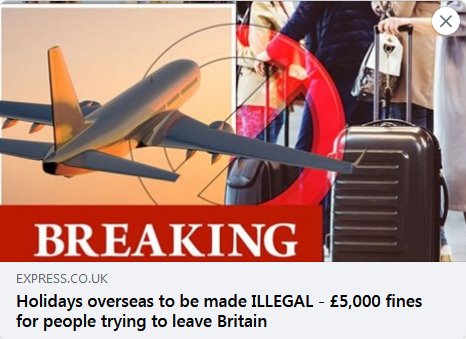 The real reason for Social Distancing — "...How does this differ from what the world will experience when the reality of Nibiru can no longer be denied? Strong-arm tactics to ensure that food is grown and distributed will continue. Grocery delivery may likewise remain, to prevent looting and hoarding. Public gatherings will likely be limited due to the fear they will spring into wholesale riots. As disasters swamp coastlines with seawater and earthquakes collapse cities into rubble, refugees will be transported to rural areas and forced into survival camps. Not all that different from the Covid-19 steps." 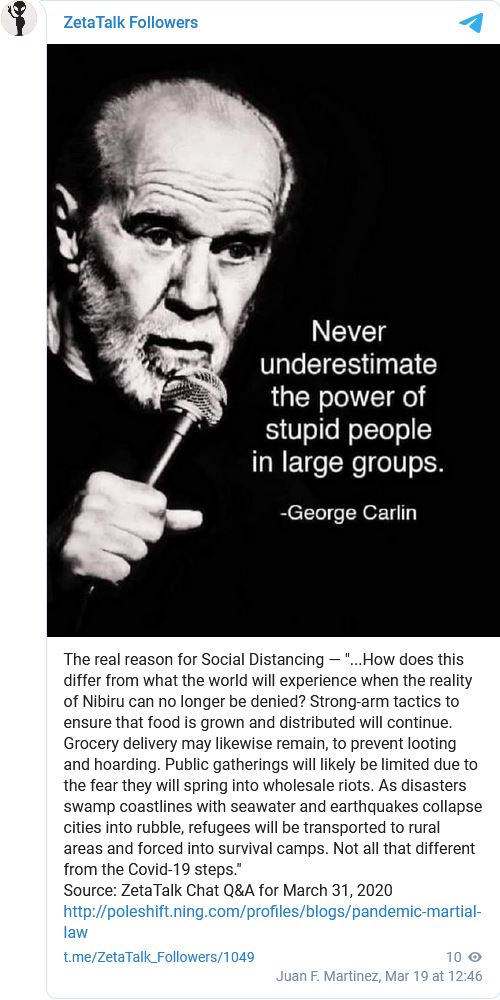 How will we know if the vaccine is working? 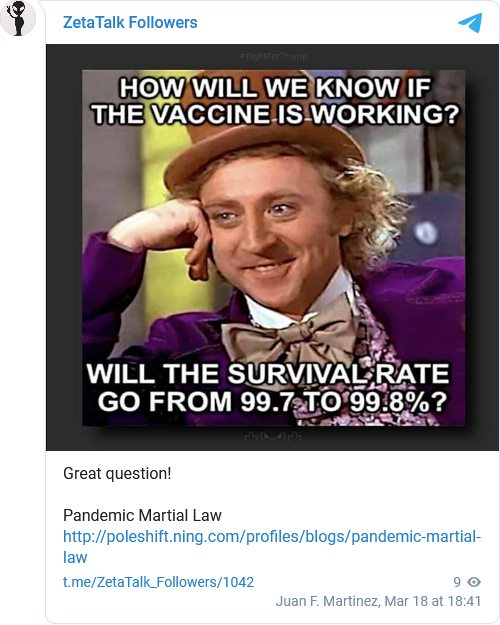