What does Trumps new EO of March 1 mean? We are going to have military tribunals of civilians? Is this akin to Martial Law? [and from another] 2018 Amendments to the Manual for Courts-Martial, United States. March 1, 2018 https://www.whitehouse.gov/presidential-actions/2018-amendments-man... By the authority vested in me as President by the Constitution and the laws of the United States of America, including chapter 47 of title 10, United States Code (Uniform Code of Military Justice (UCMJ), 10 U.S.C. 801-946), and in order to prescribe amendments to the Manual for Courts-Martial, United States, prescribed by Executive Order 12473 of April 13, 1984, as amended, it is hereby ordered as follows: 2 (b) Nothing in Annex 1 shall be construed to invalidate the prosecution of any offense committed before the date of this order. 2 (c) Nothing in Annex 1 shall be construed to invalidate any nonjudicial punishment proceeding, restraint, investigation, referral of charges, trial in which arraignment occurred, or other action begun prior to the date of this order. 6 (b)  If the accused is found guilty of a specification alleging the commission of one or more offenses before January 1, 2019, Article 60 of the UCMJ, as in effect on the date of the earliest offense of which the accused was found guilty. Sec. 12.  The Secretary of Defense, in consultation with the Secretary of Homeland Security, will issue nonbinding guidance regarding factors that commanders, convening authorities, staff judge advocates, and judge advocates should take into account when exercising their duties with respect to the disposition of charges and specifications in the interest of justice. [and from another] End game for cabal as Nuremberg II tribunals loom. March 5, 2018 https://benjaminfulford.net/ The clearest sign of this was an executive order and a 636-page annex issued on March 1 by U.S. President Donald Trump and the Department of Defense that prepares the way for Nuremberg-style tribunals. The essence of these orders was that all U.S. civilians shall be subject to military justice and that the military will be able to hire non-military legal experts to help with the upcoming tribunals, according to Pentagon sources. The following clause on page 2 of Annex 2 is of particular interest, in that it describes one exercise of military jurisdiction as: “A government temporarily governing the civil population within its territory or a portion of its territory through its military forces as necessity may require. (Martial law).” [and from another] https://www.regulations.gov/document?D=DOD-2017-OS-0032-0003 Annex 1 and 2 (Manual for Courts-Martial) [and from another] https://www.reddit.com/r/CBTS_Stream/comments/81gnk4/very_interesti... FYI this Order is effective immediately - all the odd language/exceptions are to prevent ex post facto law arguments for charges already pending. [and from another] https://www.reddit.com/r/CBTS_Stream/comments/8203tj/trump_signs_sw... Signing of a sweeping Executive Order making the most significant changes to the Uniform Code Of Military Justice (UCMJ) since the Military Justice Act Of 1983—and whose most significant change authorizes, for the first time in history, experienced civilians to take part in the US Military court-martial process—thus clearing a path for mass “Deep State” arrests whose trials and sentencing would not impact the normal flow of the US Military justice system. Only President Trump—who in time of war, as the Commander-In-Chief, has the sole authority to determine what constitutes a threat and what should be done about it. 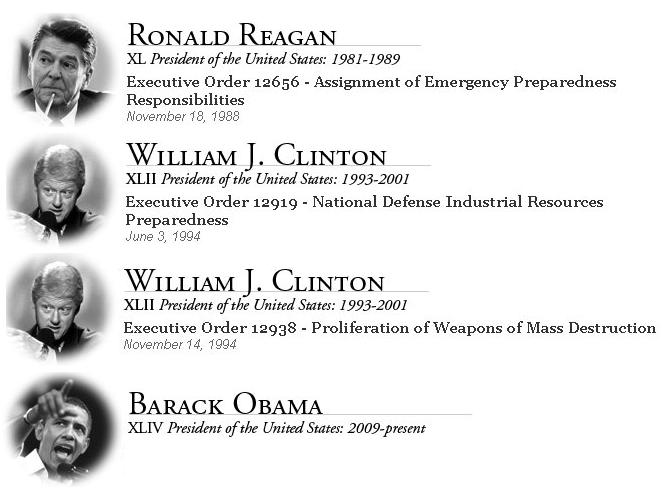 Martial Law can be broad and all encompassing, or partial. If a draft is called because the US is going to war, this is a draconian right of the DoD to take control of civilians. The Posse Comitatus Act forbids the US Military to be deployed on US soil, unless a case of National Emergency exists. Active Executive Orders passing through several administrations and regularly renewed already establish this state of National Emergency.  Certainly Trumps EO of December 21, 2017 states that.

When Obama was under constant assassination attempts by the crowd who did not want him to admit the presence of Nibiru, Dunford sought to expedite the announcement by running Jade Helm 2015 to manage any riots that might emerge. When Obama lacked courage and failed, Dunford stepped in. The US has been run by a Junta ever since – Mattis, Dunford and his Marines.  We have stated that behind the scenes, Hillary and hundreds of others were tried by military tribunals, and their laundered stolen funds taken from them. Fort Knox Gold has now been reinstated.

Meanwhile, the announcement admitting Nibiru is dragging, though the public no longer trusts the media. The Deep State wanting to wrest control of the US from Trump and his Junta has become vicious, like a trapped animal. It has been rumored that there are 1,400 sealed indictments allowing arrests of the Deep State and the Bush/Clinton cabal, and this is true though the number is multiples higher. Arrests and interrogations have garnered more names. But how to take those under House Arrest out of circulation? How to inform the public?

Trials await, and this latest EO by Trump allows them to proceed according to Military Law. Does this not imply that the true situation in the Trump administration, that it is being run by a Junta, will be admitted? One of the blocks to admitting the Junta was the state of matters adjudicated in civil and criminal courts. Trumps March 1 EO clarifies. It does not cover matters already adjudicated. Does this trial by tribunal of Deep State crimes not require, in step, an admission that Nibiru exists? More later re all of that. 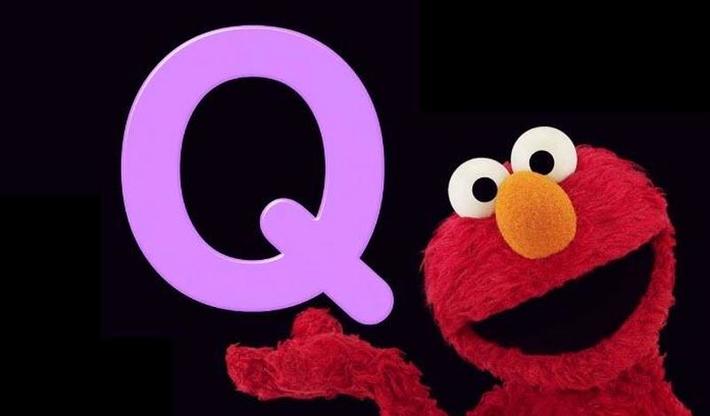 Operators are standing by.  Q HERE'S THE CHOICE YOU GET TO MAKE... 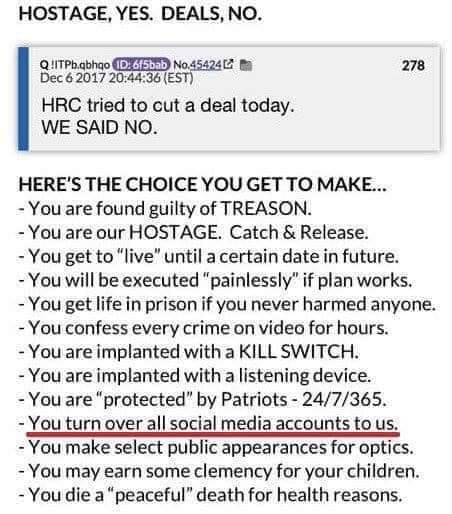 On November 28, 2018, President Trump retweeted a meme that asks,

"Now that Russia collusion is a proven lie, when do the trials for treason begin?" On Sept 5, 2018, during the confirmation hearing for Trump's Supreme Court Justice nominee Brett Kavanaugh, Senator Lindsey Graham and nominee Kavanaugh discussed the constitutional basis for the use of military law to try civilian American citizens in cases of treason. The enigmatic Q referred to the exchange on the same day:

Senator Lindsey Graham (LG): So when somebody says, post-9/11, that we've been at war, and it's called the War on Terrorism, do you generally agree with that concept?

Supreme Court Justice nominee Brett Kavanaugh (BK): I do, Senator, because Congress passed the Authorization for Use of Military Force, which is still in effect, and that was passed, of course, on September 14, 2001, three days later.

LG: Let's talk about the law in war. Is there a body of law called the law of armed conflict?
BK: There is such a body, Senator.
LG: Is there a body of law that's called basic criminal law?
BK: Yes, Senator.
LG: Are there differences between those two bodies of law?
BK: Yes, Senator.
LG: From an American citizen's point of view, do your constitutional rights follow you? If you're in Paris, does the Fourth Amendment protect you as an American from your own government?
BK: From your own government, yes.
LG: Okay. So if you're in Afghanistan, do your constitutional rights protect you against your own government?
BK: If you're an American in Afghanistan, you have constitutional rights as against the U.S. Government. That's long settled law.
LG: Isn't there also a long settled law that goes back to the Eisentrager case. I can't remember the name of it.
BK: Johnson v. Eisentrager.
LG: Right. That American citizens who collaborate with the enemy are considered enemy combatants?
BK: They can be.
LG: Can be.
BK: They can be. They're often. They're sometimes criminally prosecuted. They're sometimes treated in the military system.
LG: Well let's talk about "can be".
BK: Under Supreme Court precedent.
LG: There's a Supreme Court decision that said that American citizens who collaborated with Nazi saboteurs were tried by the military. Is that correct?
BK: That is correct.
LG: I think a couple of them were executed.
BK: Yeah.
LG: So if anybody doubts, there is a longstanding history in this country that your constitutional rights follow you wherever you go, but you don't have a constitutional right to turn on your own government and collaborate with the enemy of the nation. You'll be treated differently. What's the name of the case, if you can recall, that reaffirmed the concept that you could hold one of our own as an enemy combatant if they were engaged in terrorist activities in Afghanistan? Are you familiar with that case?
BK: Yeah. Hamdi.
LG: Okay. So the bottom line is I want every American citizen to know you have constitutional rights but you do not have a constitutional right to collaborate with the enemy. There's a body of law well developed long before 9/11 that understood the difference between basic criminal law and the law of armed conflict. Do you understand those differences?
BK: I do understand that they're different bodies of law, of course, Senator. 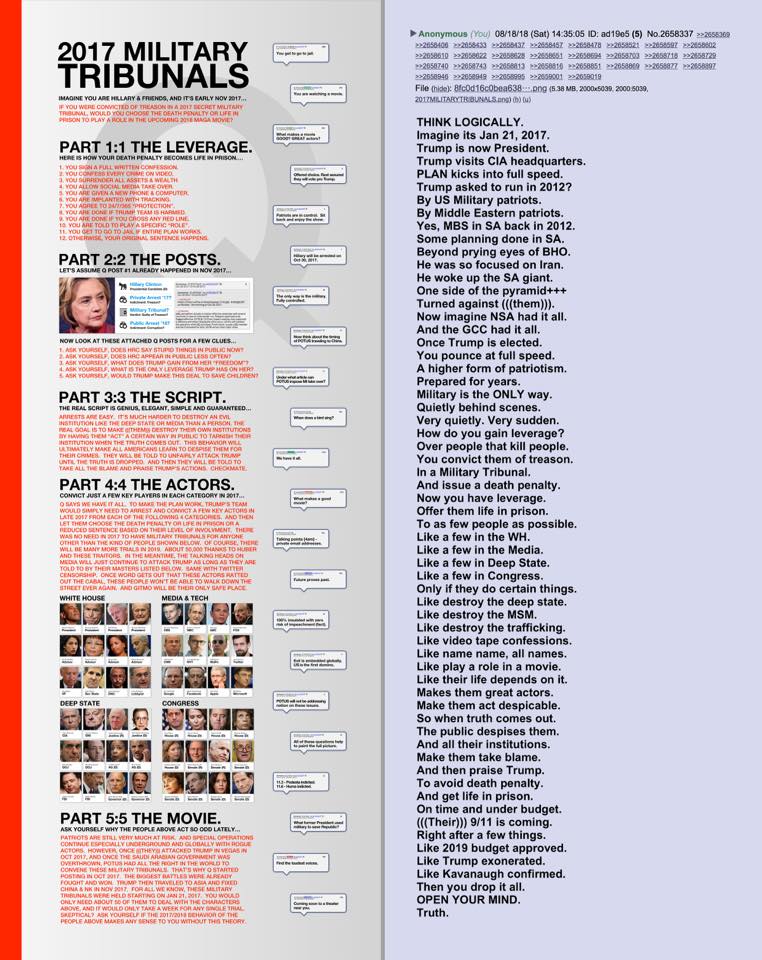 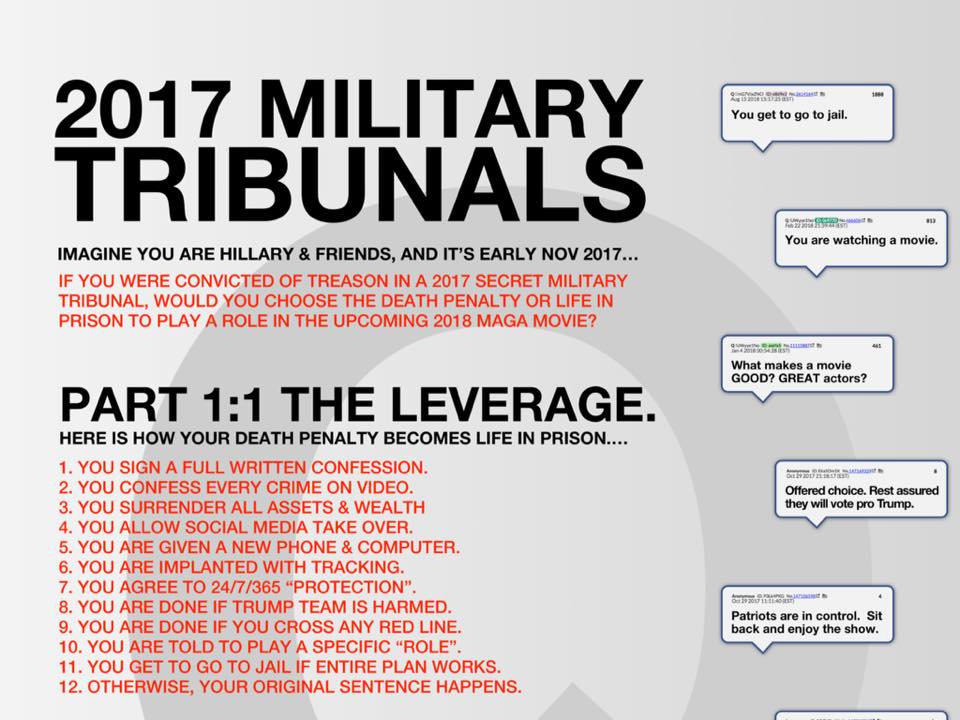 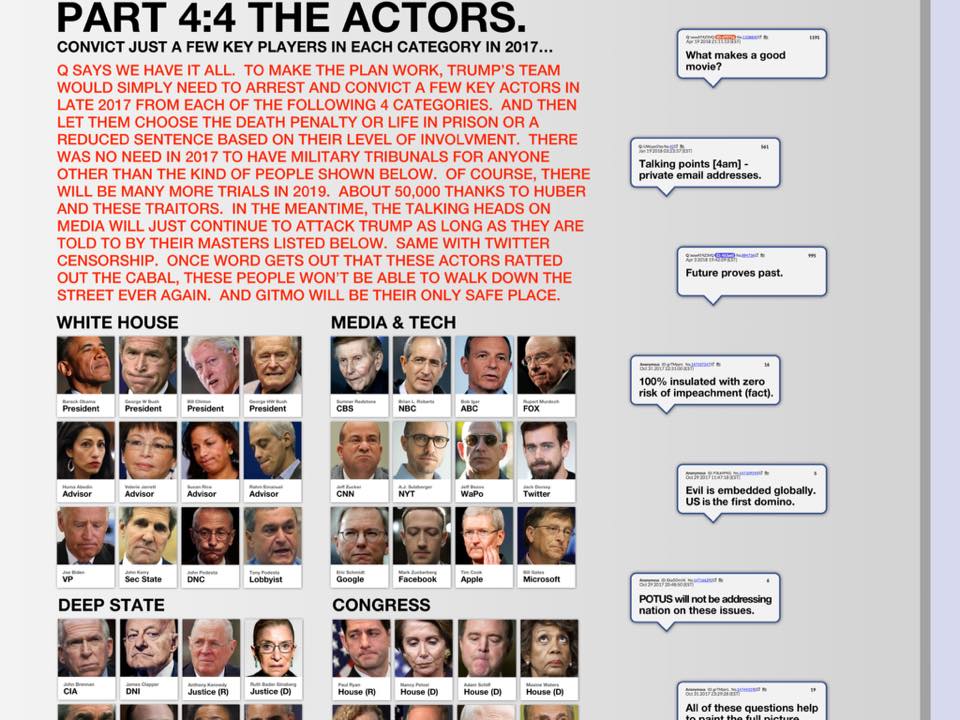 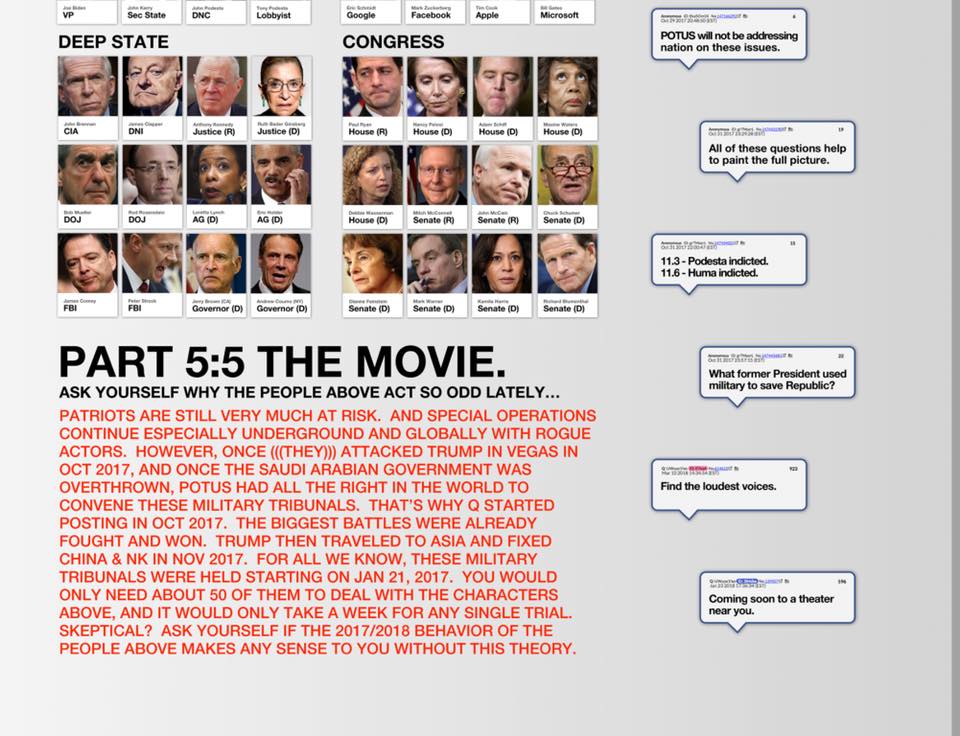 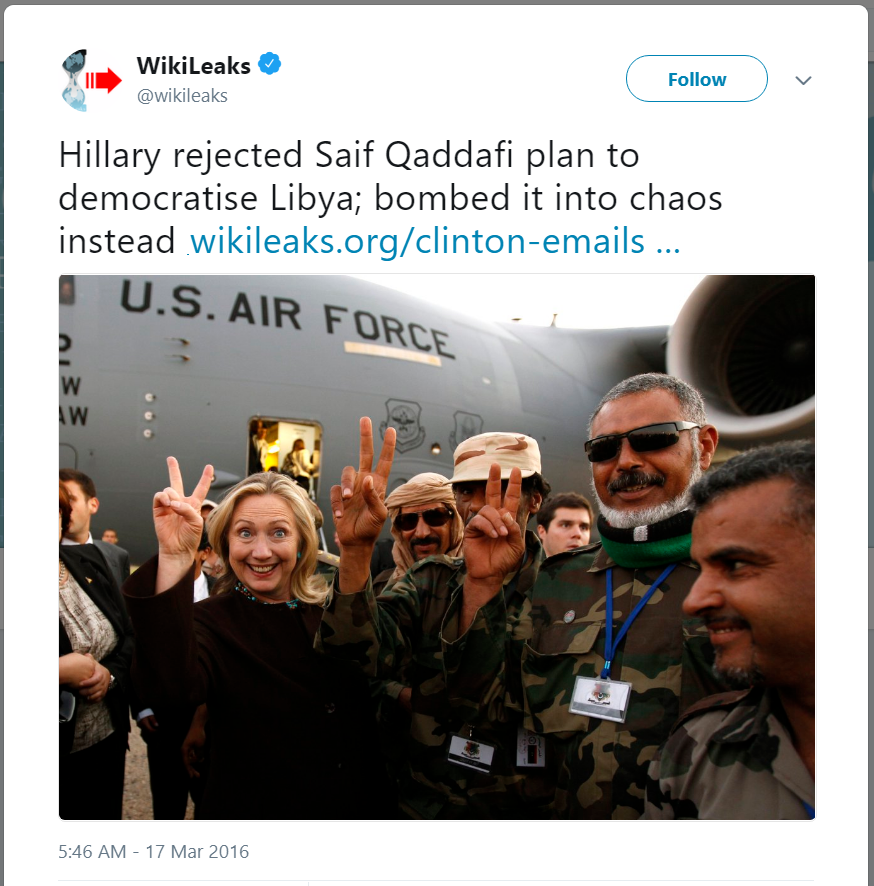 "Trials await, and this latest EO by Trump allows them to proceed according to Military Law."
March 6, 2018
http://zetatalk.com/ning/31mr2018.htm "Would [Nicolas] Sarkozy and [Harvey] Weinstein have fallen if Hillary Clinton had been elected president? Was the prospect of her taking power previously protective? Are there other figures who have had their protective matrix weakened who were once thought to be untouchable? If so, who?"
March 20, 2018
https://twitter.com/JulianAssange/status/976174351576952834