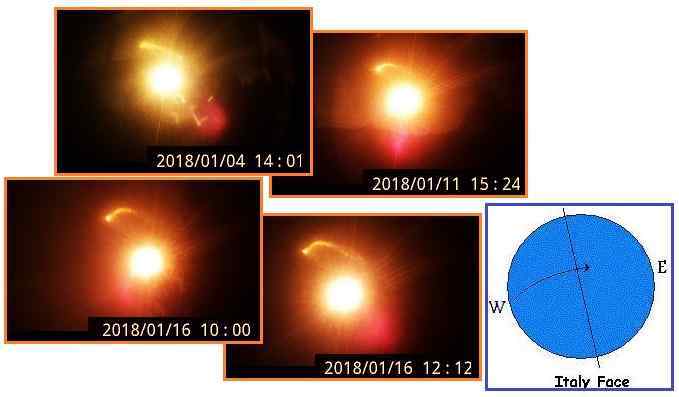 Nibiru is normally sighted from the temperate regions in the Northern Hemisphere at the 4 o’clock position to the Sun. But in the Southern Hemisphere, such as Brazil, it is found at the 11 o’clock position. This is because the view of the Sun torques, depending upon the angle of the viewer. But without the wobble, the viewer should have a consistent point where Nibiru is found. Yet in the photos from Alberto in Italy, all taken close to noon, Nibiru is found from the 4 o’clock to the 7 o’clock position. Due to the Italy tilt during the wobble, the N Pole is thrown temporarily to the West, shifting the view at those times to the 7 o’clock position.