Poli posted this new crop circle under crop circles part 3, would the zeta's offer some insight into this. [and from another]http://www.cropcircleconnector.com/2014/BosschenhoofdZegge/Bosschen...  There’s another new formation in the Netherlands, this time a 80 ft long design in a field of marigold flowers. "Flowers are only bent over - not flat, not crushed - curving stems everywhere." 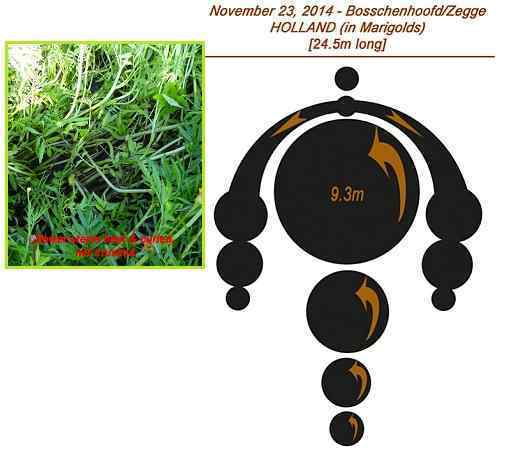 The Earth wobble has recently increased, such that the Sun is undeniably in the wrong place for much of the world. Deluge has increased dramatically. Wind storms are evident and notable for their violence. Earthquakes worldwide are commanding attention, even though the seismographs have been toned down to deny their magnitude. The Netherlands crop circle is showing what is pending in the future – the Severe Wobble leading into the Last Weeks. The Earth will flop from side to side attempting to placate the magnetic onslaught from Nibiru, aka Planet X. The closer Planet X comes, the more violent the wobble.