I have a question regarding a "trumpets" phenomenon that happen in Jerusalem on 10/1/2016 the event it was filmed from two separate location! I know that Zeta explain the trumpets sound, my question have to do with the atmosphere reacting to the sound: why that relatively perfect circle cloud formation formed?  What about the flow of the clouds in that circle? What is the relation between the sounds emitted by the rock with the clouds (atmosphere) above? We can expect more of this "rock stress-sound-cloud" phenomenon in the future? [and from another] Are the Final Trumpets Sounding as Obama Betrays Israel and Worldwide War is on the Horizon? October 8, 2016. http://allnewspipeline.com/Strange_sights_And_Sounds_Over_Jerusalem... As war drums are pounding across the world, strange sights and sounds were caught on camera in Jerusalem? Sounds that have been noted across the globe for the past decade, often referred to as "sky trumpets," but in this case accompanied by a stunning circle of clouds. We have to ask if these latest "sky trumpets," with the astounding ring of clouds, is yet another sign that the trumpets of revelation are being blown to warn us of what is coming. [and from another] Sound the Trumpets ! The Celebration of the Feast of Trumpets- October 2016.http://whygodreallyexists.com/archives/sound-the-trumpets-the-celeb... Sunday October 2nd, marks the beginning of the feast of trumpets for 2016. On this holiday of Trumpets, shofars are blown to announce the holiday of Rosh Hashanah. Biblical Christians refer to it as the Feast of Trumpets. Moses declared and prophesied that it would become a “memorial of blowing of trumpets” (Lev. 23:24,25) ‘Rosh Hashanah’ means ‘head of the year’. The Feast of trumpets describe the catching away or “rapture” event where the final trumpet is blown and we fill find ourselves caught up into the clouds. 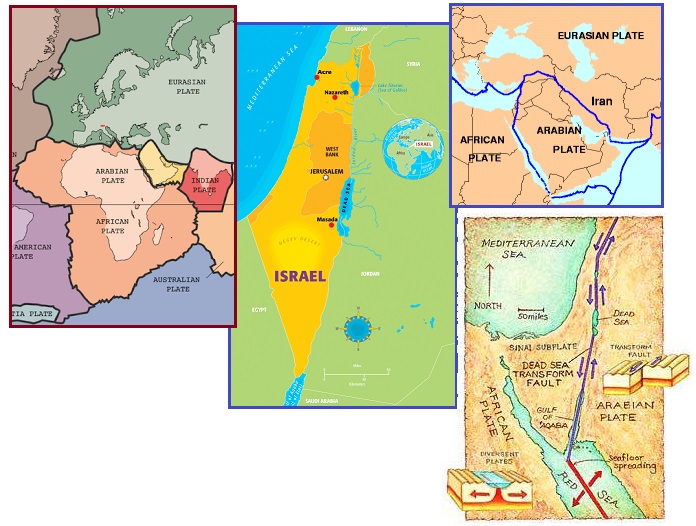 Of course this region is going to hear trumpets or other sounds seemingly from the skies as the Dead Sea cannot help but vibrate. It lies directly on the plate border, and when the African Roll crunches along, the water will vibrate. But why the circular cloud overhead? On a day when there are clear skies, this clearly indicates an updraft. When plates are on the move, they do more than tug and release the rock, creating vibrations. The electronic screech in the rocks is increased, temporarily, until released by movement of the rock, and this electronic screech can create static electricity in the atmosphere, causing air masses to move about. All religious symbolism aside, does any of this mean we are in the End Times? Yes, we are.